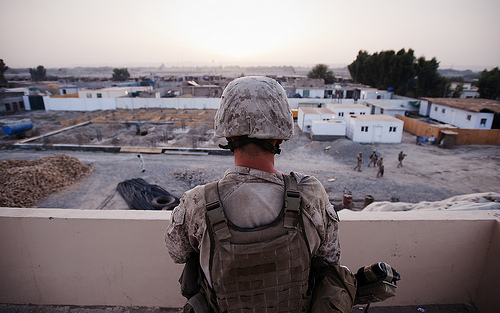 Another two years in Afghanistan would do nothing to meet the U.S. national security objectives.
By John Isaacs | June 11, 2014

President Barack Obama’s recent attempt to define foreign policy failed to accurately reflect how Washington intends to end one of the biggest quagmires of our time: Afghanistan.

“You are the first class to graduate since 9/11 who may not be sent into combat in Iraq or Afghanistan,” Obama told newly minted military officers at West Point.

He then contradicted this statement by outlining a plan to retain 9,800 troops in Afghanistan beyond the end of this year. 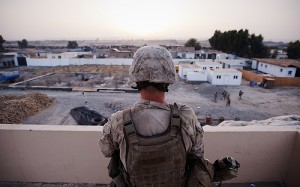 The U.S. military can’t solve any of Afghanistan’s complex problems. The American people and Congress have had it. It’s time to end this fruitless war instead of slow-walking it for several more years.

As of June 1, the U.S. involvement in Afghanistan has cost the lives of more than 2,300 American troops, caused tens of thousands of Afghan military and civilian casualties, and drained an estimated $725 billion from the American treasury. Continuing U.S. involvement will mean more deaths, both American and Afghan, as well as billions in taxpayer dollars.

Another two years in Afghanistan will do nothing to achieve U.S. national security objectives.

We must change course and opt for zero troops and zero military involvement. And the Pentagon needs to recognize that Afghanistan’s challenges are political and economic, as well as military. Thirteen years of U.S. military intervention is enough.

Afghanistan’s future belongs in the hands of the Afghan people. In April, huge numbers of Afghans went to the polls, despite threats of violence. Following a runoff election, Afghanistan will complete its first democratic transition of power in decades. That will prove a major litmus test of a successful democracy.

Even the world’s best trained counter-insurgency fighters can’t end this conflict without overhauling Afghanistan’s political and economic systems and bringing about negotiations between all parties. Time and time again, government forces have taken over strongholds and later lost them because of protracted unstable conditions.

Ending the Taliban’s grip on Afghanistan has paved the way for a chance at democracy. However, Washington can’t force democracy at gunpoint. The Obama administration has already allotted generous trade and aid packages to Afghanistan in addition to a massive diplomatic presence. These avenues of engagement with an independent Afghanistan are more likely to bring on a better future for Afghans and save American lives than large numbers of U.S. troops.

The United States has pledged to be Afghanistan’s partner. That partnership doesn’t require U.S. troops being stationed in Afghanistan after 2014.

It’s time to end this ill-begotten war that has cost America so much. Let’s make efforts that enhance U.S. national security instead of undermining it our top priority.

John Isaacs is the executive director of Council for a Livable World and has worked on national security and peace issues with Congress since 1978.Distributed via OtherWords (OtherWords.org)