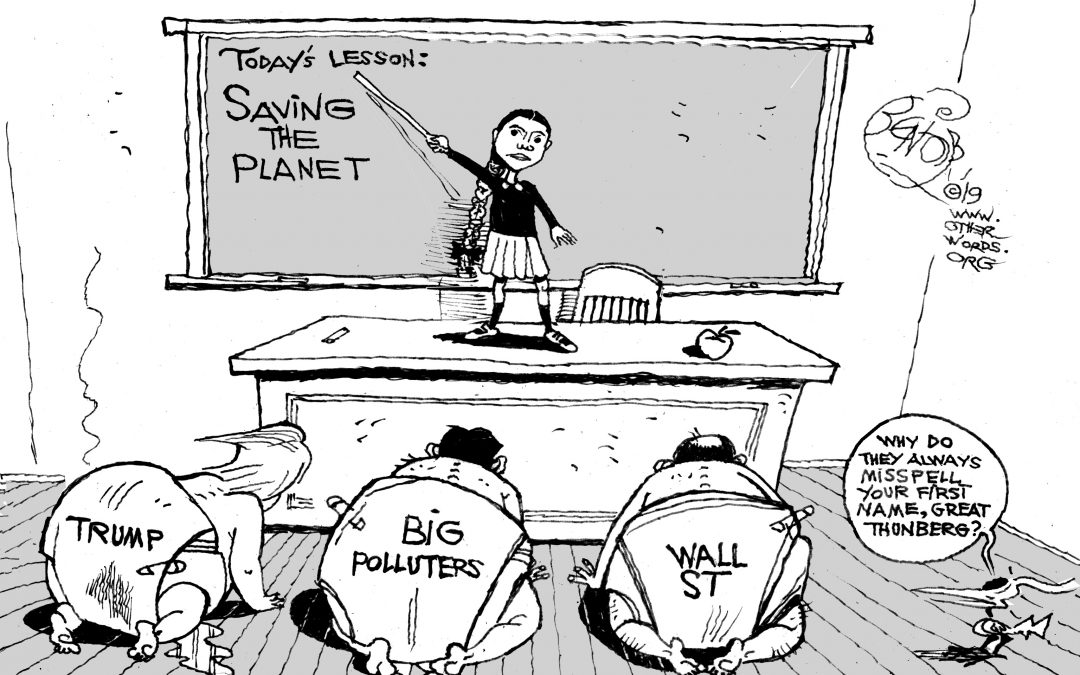 We look at the Supreme Court ruling that set the stage for an unprecedented corruption of our politics.
By Peter Certo | January 22, 2020

As the Senate starts an impeachment trial under murky circumstances, we look this week at the Supreme Court ruling that set the stage for an unprecedented corruption of our politics: the Citizens United decision, which just turned 10.

This week in OtherWords, Tiffany Muller explains how the ruling’s damage has been both broad and deep when it comes to injecting our politics with massive amounts of secret cash. But she also shows how there’s a grassroots movement, and even legislation that passed the House, to turn back the dark tide.

Also this week, the Sierra Club’s Courtney Bourgoin reflects on wildlife losses from the Australian wildfires to her native Michigan. What do we lose when wildlife disappears? And can we save our fellow species by better protecting our climate?

Finally, Jill Richardson says the poverty moralizing in “Little Women” is as outdated as the book’s gender politics. Jim Hightower reports on billionaires buying armored cars with names like the “Marauder.” And Khalil Bendib thinks teenage climate activist Greta Thunberg is the only adult at the World Economic Forum in Davos, Switzerland.

The Court Ruling That Sold Our Democracy | Tiffany Muller
Ten years after Citizens United, the damage is broad and deep — but we can still fix it.

What We Lose When We Lose Wildlife | Courtney Bourgoin
The climate and mass extinction crises are interwoven, but we are equipped with the solutions.

‘Little Women’ and the American Attitude Toward Poverty | Jill Richardson
We’ve advanced beyond Little Women’s 19th century gender roles. Let’s get past its outdated moralizing about poverty, too.

Learning from King’s Last Campaign | Jessicah Pierre
Before he died, Martin Luther King, Jr. joined a campaign to unify working people of all races. Today, nothing could be more powerful.

Nearly All Americans Want Off Fossil Fuels | Basav Sen
The vast majority of people in the world’s largest fossil fuel producing country want to phase them out.

Why Do We Have School Lunch Debt at All? | Jill Richardson
We live in a nation where food is plentiful but millions of children experience hunger and food insecurity.

How Do Billionaires Make Money? By Having Money | Jim Hightower
The world’s billionaires don’t grow their bank accounts with hard work. Their money does the work for them.