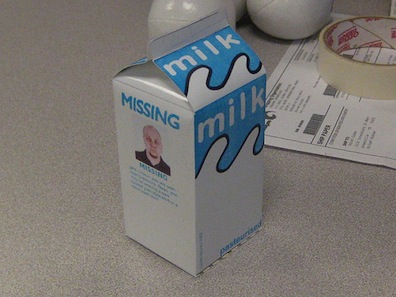 We need a national "milk carton" campaign to spread awareness of these lost workers.
By Jim Hightower | November 6, 2013

Well, yes, the official jobless rate has edged down to 7.2 percent, but don’t get giddy, for that’s not the total score. In December 2007, when Wall Street’s reckless greed crashed our economy, the unemployment rate stood at only 5 percent, the average length of being unemployed was half of today’s, and far fewer people were forced into part-time work or had to find multiple jobs to make ends meet.

Plus, family income was higher back then for all but the richest 1 percent of Americans.

But there’s an even more telling statistic that we rarely hear about: the employment/population ratio. This indicator tells us the number of working-age adults actually in the workforce, meaning they’re employed at least part-time or are looking for jobs.

This important number has plummeted by five million people since the crash. They’re not working, and they’re not counted as unemployed.

That’s five million American workers who — poof — have just disappeared. If we added these “missing workers,” as they’ve been dubbed, to the number of unemployed and underemployed Americans, no one could cheer Washington’s do-nothing jobs policy.

We need a national “milk carton” campaign. Let’s spread the photos and names of each of these five million missing workers so widely that even Congress would finally recognize that it must do something to boost jobs and wages in our country.