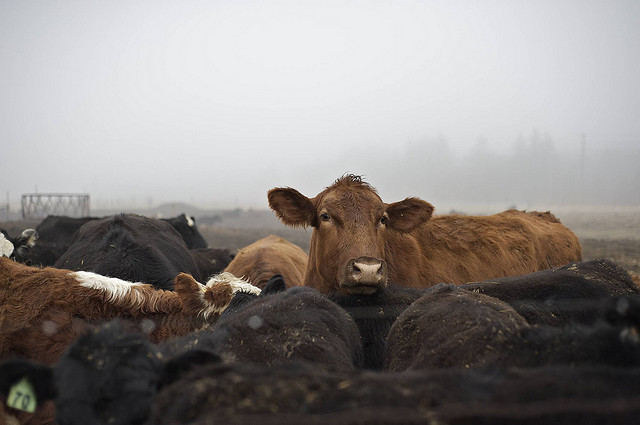 A Bigger Threat to U.S. Health than Ebola

Despite all the panic, Americans don’t face any great risk from Ebola right now. But we do need to worry about a home-grown medical catastrophe of our own that we’re failing to address: the erosion of antibiotic effectiveness.

Doctors prescribe antibiotics to treat a broad array of infections that can otherwise prove fatal. While the drugs are being grossly overused, diminishing their power to heal, hospitals aren’t to blame — factory farms are.

Most U.S. livestock are being raised today in concentrated animal feeding operations (CAFO). At these factory farms, antibiotics get routinely doled out to stave off the diseases that might otherwise quickly spread due to overcrowded, unnatural, and unsanitary living conditions.

This overuse is rendering these lifesaving drugs less effective by accelerating the evolution of bacteria that are resistant to antibiotics.

Now that they’ve infiltrated our food system, those bacteria are endangering human health and are taking a bite out of the national economy. Antibiotic-resistant bacteria cause prolonged infections in thousands of Americans each year, resulting in $20 billion in annual health care costs and over $35 billion in lost economic productivity, according to the Centers for Disease Control. 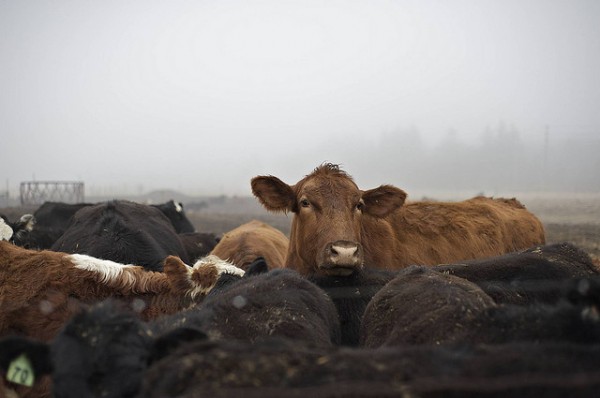 Nearly a quarter of these infections originate from food-borne pathogens.

It’s not like no one warned us this might happen. In 1945, Alexander Fleming — the biologist who won a Nobel Prize for discovering penicillin — cautioned that misusing antibiotics would spur the development of superbugs.

Agribusiness now uses antibiotics with abandon. Livestock and poultry consume an astounding 80 percent of the 29 million pounds of antibiotics used each year in the United States. Entire herds receive daily doses to stave off disease and promote growth — two things that would happen naturally if animals had better living conditions and weren’t crammed into factory farms.

The extreme crowding of livestock increases animal stress, produces vast concentrations of manure, and makes good hygiene virtually impossible — all of which invite pathogens to multiply.

Throw in vast quantities of antibiotics, and it’s no surprise that factory farms are hotspots for antibiotic-resistant bacteria. Moreover, since manure from factory farms is often used to fertilize fruits and vegetables, these bacteria can be delivered straight to the mouths of consumers.

Antibiotic-resistant bacteria have become so prevalent that even animals raised without antibiotics may still be carriers. That’s why the Centers for Disease Control, along with many medical organizations, are calling for an end to the “non-therapeutic” use of antibiotics.

Many European nations have seen antibiotic-resistant bacteria decline since implementing such bans. The United States should follow their lead before we wind up facing an epidemic.

As a consumer, you can do your part by choosing to buy certified organic dairy products and meats, as the farmers who sell them don’t use non-therapeutic antibiotics. Everyone has the power to put stores, brands, and lawmakers on notice that we need to save antibiotics for treating illnesses.