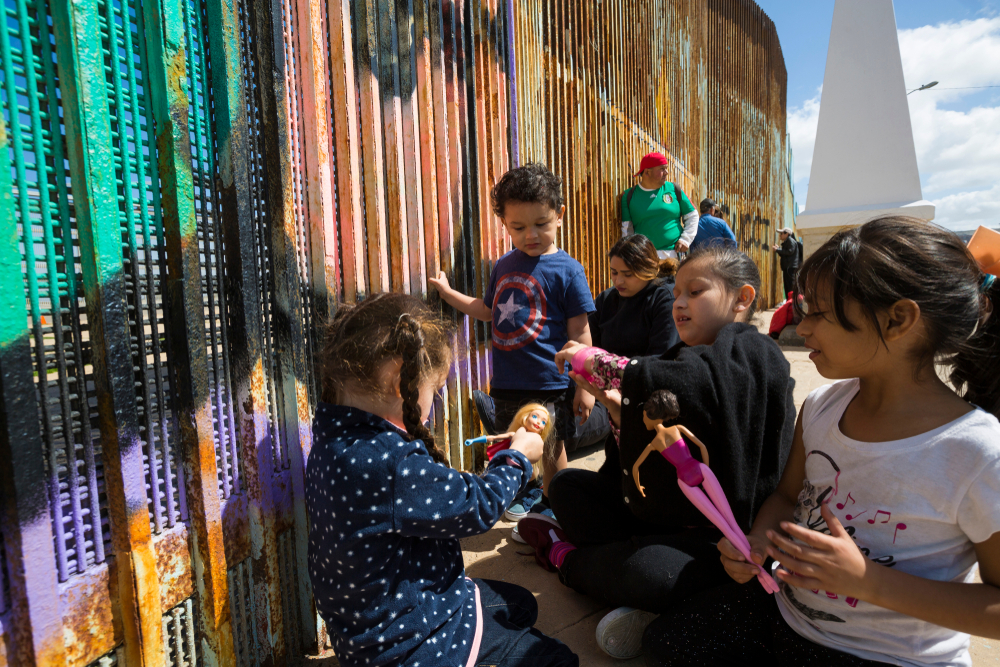 A Border Crisis of Our Own Making

For more than 30 years, I’ve led faith-focused delegations to Central America — and since 2016, to U.S.-Mexico border communities. We’ve taken nuns, bishops, rabbis, and grassroots congregants to learn about realities rarely covered in the news.

This April our delegation visited El Paso, Brownsville, and McAllen, Texas, as well as Juarez and Matamoras, Mexico. We talked to U.S. border patrol agents, religious and NGO workers on the ground, and migrants who recently crossed over, including those caged under the bridge in El Paso.

The migrants’ stories, gaunt faces, and vulnerability continue to haunt me. Nearly all the children were sick, and some were so malnourished their hair was whitening.

The discrepancy between what’s portrayed in the media and what our delegation witnessed is stark. I worry for my country as fear-mongering politicians spread disinformation, instead of the truth: What we’re seeing at the border is a crisis of our own making.

While we were in those Texas border communities, I read the White House’s daily email blasts depicting an “invasion” of criminals, gang members, and traffickers pushing children across the border.

Yet everywhere we went, we felt safe — and our faith partners living in U.S. border communities report that they do too. Research has shown that undocumented immigrants are far less likely to commit crimes than native-born Americans.

Yet the administration is exposing innocent asylum seekers to terrible danger. They’ve instituted a “Remain in Mexico” policy to force asylum applicants to wait indefinitely on the Mexican side of the border. I met a Mexican priest who picks up dismembered body parts outside his migrant shelter, where organized crime networks engage in organ trafficking.

As a result, many desperate migrants feel they have little choice but to cross illegally in the deserts, and then ask for asylum. The majority are families who had to make the wrenching decision to leave their homelands because of the dangers, only to be treated like criminals when they arrive.

The current chaos at the border is the result of political stunts by the Trump administration that have dramatically slowed the processing time for asylum applications, three former officials wrote in Politico recently.

But our moral responsibility for the crisis goes deeper than that: In fact, decades of U.S. foreign policy have led to the massive displacement of Central Americans today.

Meanwhile, U.S. military support of repressive regimes in Central America — going back to the 1980s, but even still today — has propped up rapacious elites and crushed democratic social movements for change, most recently in Honduras.

Distorting the truth to demonize the vast majority of migrants crossing the border, while treating them as criminals, is unconscionable. Asylum is a right, protected under U.S. and international law, including for people without travel documentation.

Neither a wall nor cages are the answer to the desperate people arriving at our borders. What’s needed are major reforms to the U.S. asylum and immigration systems, as well as to foreign policies that have defined “the national interest” against the needs of human beings.

More deeply, we need a national soul-searching. Or else, we should erase the quote on the Statue of Liberty: “Give me your tired, your poor, your huddled masses yearning to breathe free.”

Jean Stokan is a member of Justice Team at the Sisters of Mercy of the Americas. Distributed by OtherWords.org.