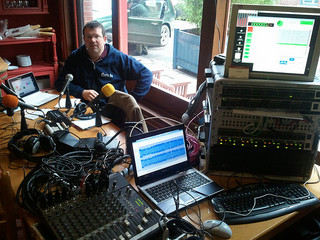 A Chance to Start Listening Locally

The world of radio is experiencing a shake-up.

The country’s second-biggest radio network recently announced it may cancel Rush Limbaugh’s show on 40 of its major-market stations.

This might not be enough to get Rush off the air altogether, but it’s a sign that he may have gone too far with his misogynistic comments regarding Georgetown law student Sandra Fluke, which unleashed a boycott of his advertisers and hammered the network’s bottom line.

With or without Rush’s hot air being broadcast in their communities, Americans have too few alternatives on the radio dial. That’s about to change. 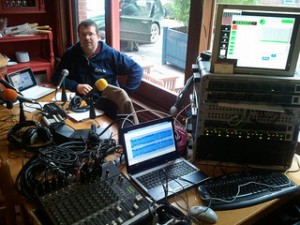 The Federal Communications Commission (FCC) will soon be accepting applications from non-profit organizations to start small community radio stations. This opportunity, which will only run from October 15 to 29, is the first time that local groups can apply for these low-power FM stations in over a decade. In most communities, it will likely be your only opportunity to get on the radio dial.

In a media landscape dominated by national networks, low-power FM is radio at its most local. These stations transmit less than 10 miles in any direction, but that small range can cover an entire town, suburb, or small city. In big cities, a low power station can reach hundreds of thousands of listeners. Since only local organizations are eligible to apply, low-power stations can make radio relevant to the towns and cities where they broadcast.

In Milwaukee, an interfaith group wants to foster dialogue in the wake of the massacre at a Wisconsin Sikh temple last year. In Louisville, an arts group wants to bring local musicians and performers on the air. And on an isolated island off the coast of Washington state, residents with no local radio stations whatsoever want to set up their own for emergency response.

Right now, the status quo of radio is conformity. A few big networks own most large radio stations, and they air the same music and political commentary nationwide. The result is that those with the most expensive megaphones get to shape popular culture and control public dialogue.

Low-power FM levels the playing field. Unlike big commercial radio stations that require teams of engineers and radio professionals, low-power stations are relatively inexpensive to start and simple to operate. Local organizations can run these stations with donations from listeners and underwriting from small businesses.

The 800 low-power stations already on the air today show what’s possible. In rural Oregon, a farmworker group runs Radio Movimiento, whose volunteer staff includes migrant workers and youth broadcasting in their own languages. In Virginia, Richmond Independent Radio interviews local authors and gives local bands their first break. And in Hawaii, Radio Opio is part of a community youth center that teaches leadership and academic skills through radio theater, music, and news.

From Richmond to Maui, radio continues to be a powerful medium because it’s versatile and accessible. Radio receivers are ubiquitous, inexpensive, and, thanks to automobiles, largely mobile. According to the media research firm Arbitron, more than 90 percent of adults listen to radio at least once a week. That’s far more than those who use broadband Internet.

With low-power FM, we have the opportunity to transform radio in the United States. To apply for a station license, community groups should start preparing now. October’s FCC licensing opportunity likely won’t come again.

If radio’s recent past is best symbolized by Rush Limbaugh’s hot air and corporate consolidation, its future could be something so much better. This is a once-in-a-generation chance to make our local media more vibrant, diverse, and democratic. Don’t waste it.