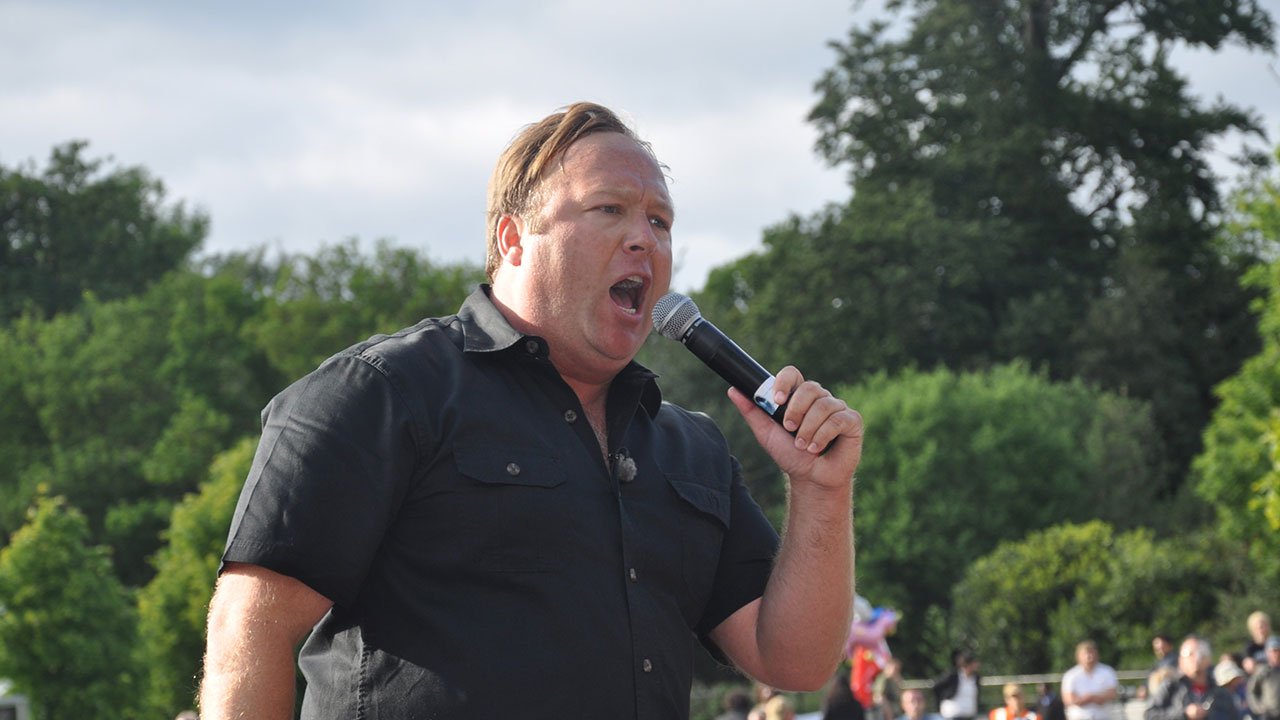 A Coalition of the Unhinged

Donald Trump has elevated the most bizarre and bigoted peddlers of conspiracy theories in America today.
By Michael B. Keegan | May 18, 2016

It’s no secret that Donald Trump, the GOP’s all but official new standard-bearer, is a promoter of wild conspiracy theories and harmful lies — from his smear of Mexican immigrants as rapists and drug dealers to his offensive questioning of President Obama’s place of birth and religious beliefs.

But Trump’s rhetoric is just the tip of the iceberg when it comes to the vast network of fringe figures he’s decided to associate himself with. The billionaire politician has elevated the profile of some of the most bizarre and bigoted peddlers of conspiracy theories and vitriol in America today.

He’s courted the support, for example, of far-right conspiracy theorist radio host Alex Jones. In December, Trump went on Jones’ radio show, lavishing Jones with praise and promising him: “I will not let you down.” 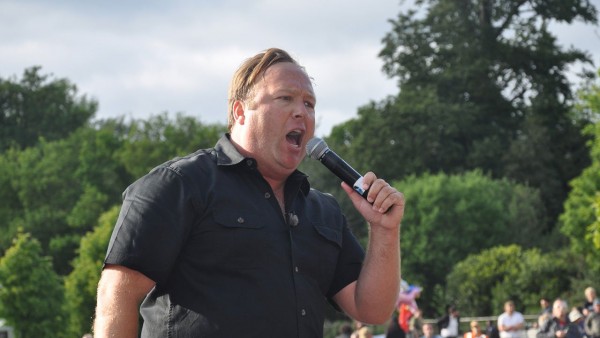 This is a radio host who’s suggested that the U.S. government was complicit in the September 11 terrorist attacks, the Newtown school shooting rampage, and the massacre at a black church in Charleston, South Carolina. He thinks Beyoncé is part of a CIA effort to instigate racial violence and that President Obama is a “demonic creature” and a “precursor” to the Antichrist.

Jones also recently said that conservative columnist George Will, who’s been critical of Trump, should “do the right thing” and shoot himself in the head.

And this is a man Donald Trump doesn’t want to let down?

Or take Michael Savage, the host of the popular right-wing radio show The Savage Nation, where Trump has appeared multiple times.

Savage has called veterans coping with PTSD “a bunch of losers” and accused President Obama of “dumping” unaccompanied migrant children into our country to “wipe out” Americans through the spread of disease. On his short-lived television show in 2003, Savage told a gay caller to “get AIDS and die, you pig.”

And then there’s the infamous Ann Coulter.

Trump’s repeatedly invited the notoriously offensive right-wing commentator to speak at his campaign rallies, calling himself a “big fan” of hers. Unsurprisingly, Trump doesn’t seem concerned by the endless stream of hateful anti-immigrant, racist, and sexist ideas Coulter has pushed throughout the years.

Coulter has warned, for example, that if the United States doesn’t crack down on immigration, parents should “get used to your little girls being raped.” She’s voiced support for poll taxes, which existed to keep African Americans away from the ballot box, and isn’t sure women should have the right to vote at all. Speaking about women widowed by the September 11 attacks, she said: “I have never seen people enjoying their husbands’ death so much.”

In short, Trump is raising up the cruelest and most extreme voices on the right — people who bash immigrants, demonize women and LGBT people, and spread outrageous lies about government conspiracies. And his support of these figures is entirely consistent with his own wild claims.

While these fringe figures have existed for years, they haven’t always had a presidential nominee to echo and elevate their toxic rhetoric. And that should concern all of us.

Michael Keegan is the president of People For the American Way.
Distributed by OtherWords.org.