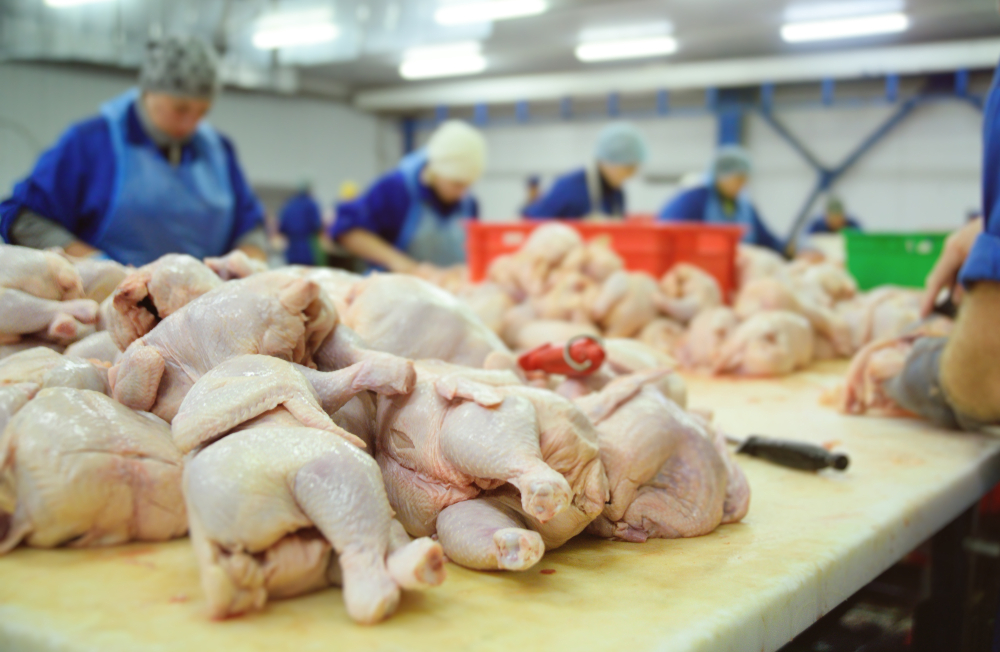 A Death Sentence for Meatpackers

Meatpackers are contracting COVID-19 and dying. Trump is requiring them to work — and shielding their employers from liability.
By Jill Richardson | April 29, 2020

Meat processing plants are high risk for spreading COVID-19, and many are shutting down. Animals due for processing have nowhere to go, and they are being culled.

I’ve interviewed one meatpacker who worked at a pork plant, years ago. He told me he was recruited with promises of good wages and benefits, but when he got there, those benefits were unattainable.

He described long hours doing repetitive work quickly, and everyone having debilitating repetitive stress injuries. He told me he has a bladder condition and he was not allowed to go to the bathroom, so he wet his pants. Twice. A grown man.

His supervisors then suspected he was drunk, and of course he wasn’t.

His story squares with Eric Schlosser’s depictions in Fast Food Nation. Meatpacking plants are dangerous, exploitative workplaces that often prey on vulnerable populations like immigrants and people of color. Schlosser shows how meatpacking plants moved to rural areas from the cities and attracted marginalized groups as labor.

Our supply chain relies on meatpacking plants and their workers, and right now working could risk peoples’ lives. More than 4,400 workers have the coronavirus and 18 have died.

Yet Donald Trump now plans to order meatpacking plants to stay open and shield them from liability for workers becoming infected with COVID-19 on the job.

I care about the economy a lot — I’m finishing a PhD and worried about job prospects. But this is essentially saying that meatpacking plants are so critical that it’s okay if their workers die from a disease acquired on the job.

It seems like one of the Trump administration’s primary responses to the pandemic is using it as an excuse to cut regulations, like environmental protections — or in this case, the right to a safe and healthy workplace.

They’re using the pandemic as a Trojan horse to usher in all kinds of environmental and labor deregulation.

The question is: How do we balance what the economy needs to function, the American people’s need for food, farmers and ranchers’ need for markets, and workers’ need for jobs with everyone’s — especially the workers’ — need to slow the spread of the coronavirus to save lives?

Those are the questions a responsible government would be asking. Instead, ours is using it as a power grab to do what they’ve always wanted to do anyway.