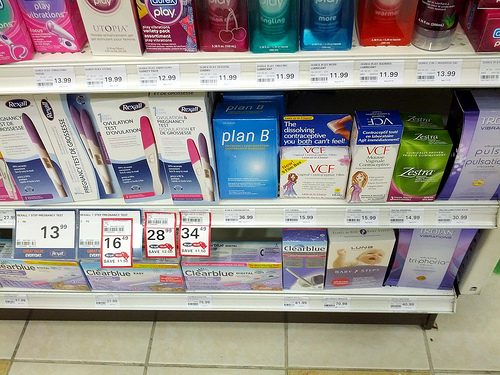 A Deceptive Win on Plan B for Women

Our reproductive rights are still in danger.
By Kathleen Robin Joyce | June 19, 2013

Good news for advocates of sensible birth control policy: The Obama administration announced that it’s dropping the fight to impose an age restriction on sales of Plan B One-Step, the emergency contraception pill.

Reproductive rights advocates are celebrating this move toward empowering all women to make their own decisions regarding their own bodies. 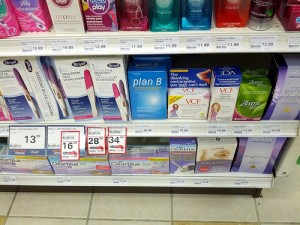 It’s about damn time. Considering the glaring need for safe and available contraception for all women, I’m glad the government finally has our backs on this one.

But don’t let your guard down just yet.

Representative Trent Franks (R-AZ) said recently that the percentage of pregnancies resulting from rape is “very low,” so victims of rape shouldn’t be exempt from his proposed ban on abortions after the 20th week of pregnancy.

There’s no chance the bill would clear the Senate and President Barack Obama is threatening to veto the measure if it somehow did. But, seriously? This is happening again?

It’s safe to say that not all Republicans learned from the fiasco caused by Representative Akin (R-MO) and his incredibly offensive theory of “legitimate rape.” Or the electoral disaster that befell Richard Mourdock, an Indiana Republican who lost his Senate bid last year after implying that post-rape pregnancy was some kind of gift from God.

Though Franks quickly attempted to walk back his outrageous, not to mention false, comment, his statement reveals his total ignorance and insensitivity. It’s a bad sign for women who value their reproductive health. Once again, it looks like medical evidence, especially the kind that involves lady parts, isn’t welcome in the GOP.

Individual states are also advancing anti-choice, anti-women legislation. Wisconsin Governor Scott Walker says he’ll sign into law a bill requiring women seeking abortions to look at images of their fetus through an ultrasound — an invasive medical procedure that, in this case, is a cruel and unusual punishment for women already making a difficult decision.

Though there’s no evidence that ultrasounds deter women from having abortions, 21 states already have some form of pre-procedure ultrasound law. Walker told reporters “I don’t have any problem with ultrasound.” That’s nice, Governor. Why don’t you get one?

The state’s legislative drive to strip women in Wisconsin of their reproductive rights also includes a measure that would allow employers to refuse to cover contraception in their health insurance plans.

As a young woman about to enter the workforce, this is a particularly scary one. I don’t want to have to turn down my dream job because of gaping holes in my potential employer’s insurance plan. Forget dream job — in today’s hyper-competitive conditions, I can’t afford to turn down any job.

And I feel like my rights are under siege. My right to choose what happens to my own body should be inviolable, plain and simple. I shouldn’t be forced to undergo an unnecessary medical procedure before I can choose what’s right for me and for my family. It insults me that these lawmakers want to make such an important decision for me, a decision that should belong to me and to my doctor.

So the federal government’s decision to stop standing between women and effective emergency contraception is a great start, but it’s just that: a start. Women may have just gotten a new tool with which to fend off the anti-choice lobby, but the threat to our control over our own bodies is still looming as large as ever.