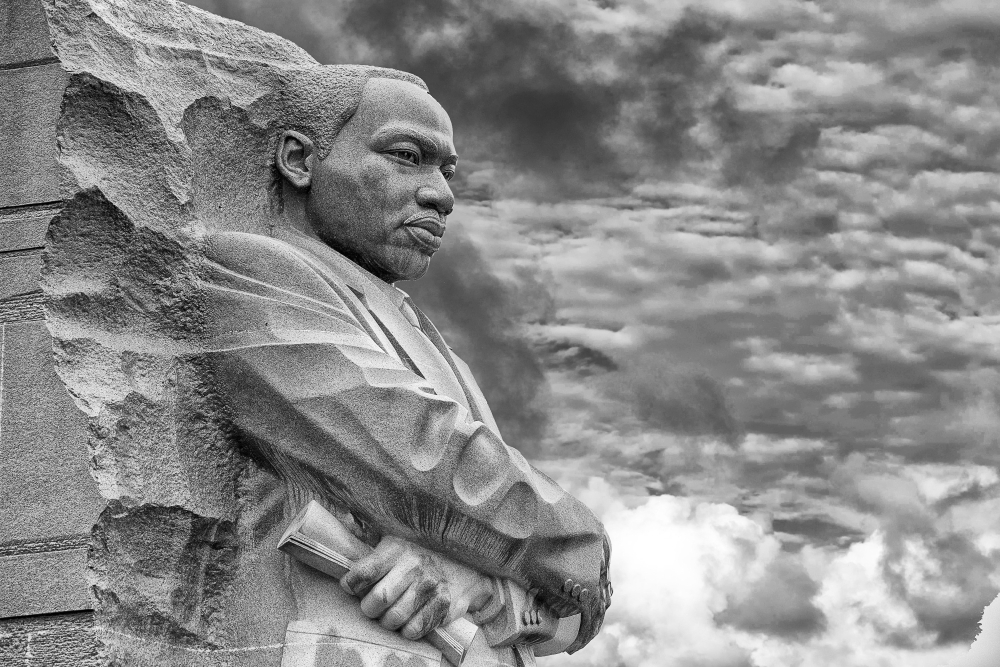 A Dream Deferred: MLK’s Dream of Economic Justice is Far From Reality

90 years after King was born, the racial wealth divide is actually growing — which drags down the entire economy.
By Jessicah Pierre | January 16, 2019

Most known for his famous “I Have Dream Speech,” King envisioned a future in which deep racial inequalities — including deep economic inequality — were eradicated. He worked tirelessly towards that mission.

Over 50 years after his assassination, sensational media stories have focused heavily on the black unemployment rate, which has reached historic lows.

President Trump was quick to claim credit for this improvement last year, tweeting: “Somebody please inform Jay-Z that because of my policies, Black Unemployment has just been reported to be at the LOWEST RATE EVER RECORDED!” (The rapper had recently criticized the president for a racist statement about African countries.)

These headlines (and boasts) don’t tell the whole story, though. Most importantly, they exclude data on overall wealth — a critical measure of financial security. Wealth buffers families from the ups and downs of income changes and economic cycles, and allows households to take advantage of opportunities.

A new report by the Institute for Policy Studies takes a more holistic look at where the country is in terms of racial economic parity. It reveals deep, pervasive, and ongoing racial economic division.

The study shows that wealth is concentrating into fewer and fewer hands over time. And though working white people also struggle, the hands at the very top are overwhelmingly white. Far from closing, America’s polarizing racial wealth divide is continuing to grow between white households and households of color.

Over the past three decades, the report notes, “the median black family saw their wealth drop by a whopping 50 percent, compared to a 33 percent increase for the median white household.”

King foreshadowed that if we maintain our exploitive economic and political systems, then we’d get not only racial apartheid, but economic apartheid as well.

And unfortunately, that is exactly where we’re heading without systemic change. While one in five Americans of any race have zero or even negative wealth, in the last 30 years we’ve seen the number of households with $10 million or more skyrocket by 856 percent.

The widening of the racial wealth divide has coincided with the extreme concentration of U.S. wealth. We’re currently living in an economy where the Forbes 400 own more wealth than all black households, plus a quarter of Latino households, combined.

As much as we cite the vision that MLK laid out for America, decades later we’ve not moved in the right direction.

This dynamic is the result of public policies that favor the wealthy, not the “invisible hand” of the market. This has implications for the racial wealth divide, as well as the entire economy. As the U.S. diversifies, these inequalities are actually driving down America’s total median wealth — and giving the already rich that much more of a leg up over everyone else.

As the mid-20th century civil rights movement recognized, a major shift in economic policy is needed to end the racial inequality of the past and create a new nation with opportunity for all. Inaction — or worse, repeating the same mistakes that led to this situation — will simply widen the divide and create greater economic instability for the country at large. And I’ll be writing this same piece again next year.