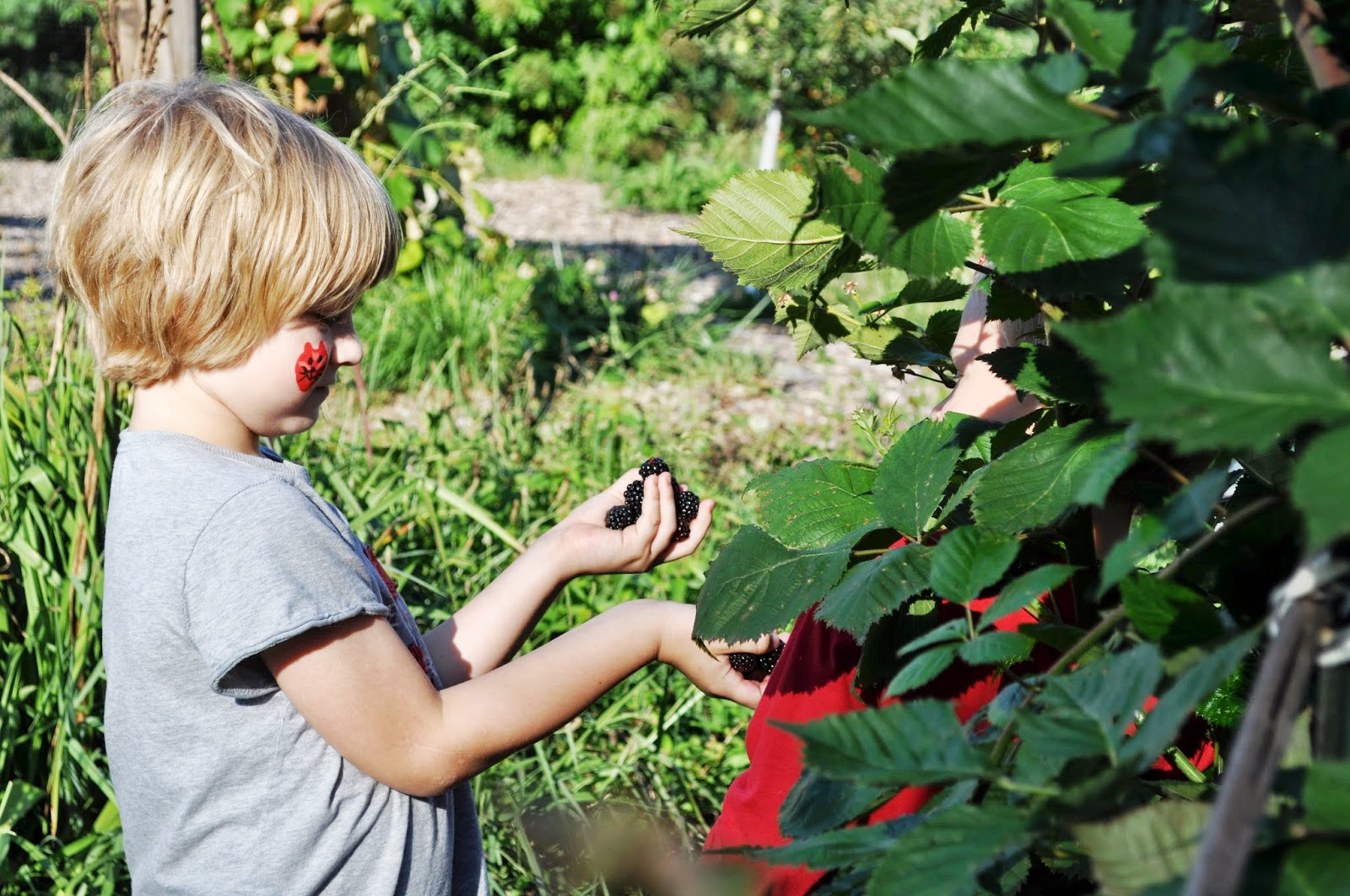 Along with the apples, plums, and figs, community orchards yield common dreaming.
By Ross Gay | October 29, 2014

I got back from the airport just in time for the last half hour of Cider Fest, one of the Bloomington Community Orchard’s large public events.

This publicly owned and volunteer-run organic orchard occupies a single acre. Entering its fifth year, it has become an important part of the Indiana city’s eco-system, to which the over 200 people who attended this year’s Cider Fest are testament.

At this event we mingle apples harvested from the orchard with apples community members bring with them, pouring them into the antique cider press the orchard’s resident beekeeper shares for the day. 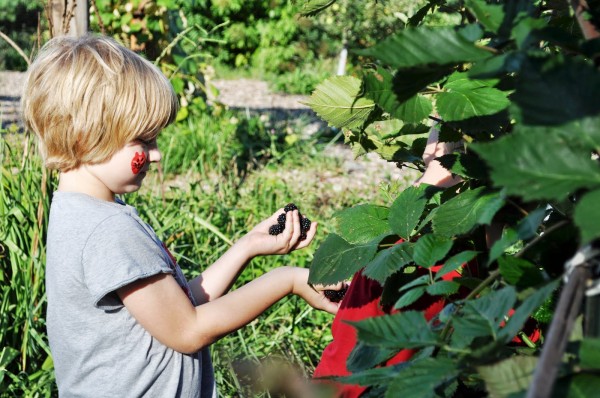 There’s face painting and just about every kind of apple-themed baked goods you can imagine.

When I was walking toward the gathering, a child bumped into my leg, looked up at me with his face painted like a cat’s, smiled, and ran off after some other kids — half of them clutching ripe apples in their little hands.

It’s easy enough for me to remember this orchard, with its numerous varieties of 100 or so fruit trees (apples, peaches, pears, plums, paw paw, cherries, jujubes, figs, and more) and equal number of fruit bushes, vines, and flowers, as little more than a flat expanse of mowed grass. A few years ago, it was just a dead zone between a park and the road beyond it.

But the community dreamed of an orchard available for all, where if there were a fence (which there is, for we have deer a’plenty), it would never keep a person out. At this orchard, the beautiful hand-wrought gate has no lock: Everyone’s welcome.

Of course the orchard began — as much as we can say a thing begins — with a young woman thinking about food security, which simply means having regular access to safe, nutritious food.

Many individuals and communities around the world suffer from a lack of food security, for all kinds of reasons. One is an under-utilization of productive, food-growing space. In other words, we need to reconsider where gardens and farms and orchards might exist.

Amy Countryman researched the Indiana city’s urban canopy — its managed trees — to find out how much of it produced food. Less than 2 percent, it turns out. So she suggested we do something about that.

When she approached Bloomington’s forester with her proposal for a free fruit-for-all community orchard from which the harvest would go to whoever needed some, he quickly jumped on board and secured for the project an acre plot of land and some seed money.

Hundreds, if not thousands, of people from the community and beyond pitched in. This diverse crowd earned blisters and sore backs as they sweated through their shirts to help to build their collective dream — to help feed their neighbors. Bloomington being a city (albeit a small one), most folks don’t know all their neighbors.

This common dreaming, in addition to apples and plums and figs, is the real fruit of this orchard. The orchard is a way for us to imagine how to better care for one another. How better to love one another. One kid over there chomps an apple. Another slurps some cider. Who knew the simple joy our labors and our love could make?

Ross Gay is a poet, gardener, and teacher living in Bloomington, Indiana. His books include Bringing the Shovel Down and the forthcoming, Catalog of Unabashed Gratitude (U Pitt Press, 2015). He works with Split This Rock.
Distributed via OtherWords.org