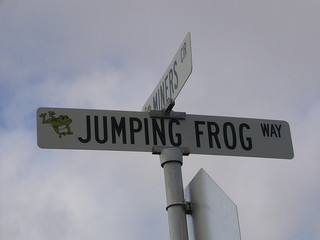 Millionaire lawmaker Stephen Fincher is pushing for cuts to food stamps and increases in subsidies that will pad the Tennessee Republican's own bottom line.
By Jim Hightower | June 5, 2013

I’ll bet that Mark Twain, who wrote “The Celebrated Jumping Frog of Calaveras County,” would’ve loved a current saga. I call it “The Jumping Congress Critter of Frog Jump.”

The critter’s name is Representative Stephen Fincher. He’s a millionaire, agribusiness operator, gospel singer, and tea party Republican who was elected to Congress in 2010 from the greater metropolitan area of Frog Jump, Tennessee.

Declaring “limited government” to be his priority, the 40-year-old right-winger recently jumped all over the food stamp budget, demanding that $20 billion (and 2 million poverty-stricken families) be chopped out of the program.

In his attack, Fincher cited an odd moral source to rationalize his minginess toward America’s poor families: The Bible. 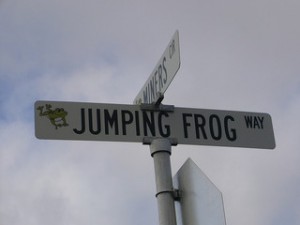 “The one who is unwilling to work shall not eat,” declared the Bible-thumping budget-whacker, quoting the Book of Thessalonians. Of course, several passages in the Bible depict Jesus teaching an exact opposite moral code — indeed, a heavenly duty of generosity toward the poor. But Fincher the Austerian was not about to let Jesus trump the tea party’s small-government dogma.

“We have to remember,” the Frog Jumper lectured, that “this is other people’s money that Washington is appropriating and spending.”

Piously put, sir. But then, the Critter from Frog Jump suddenly leapt to another budgetary lily pad. Now, the “limited government” ideologue became a croaking free-spender.

Guess what he’s demanding? A $9 billion increase in a taxpayer subsidy program that protects the income of a few agribusiness outfits like his.

In fact, Fincher is the second-largest recipient of farm subsidies in Congress, having taken at least $3.5 million in “other people’s money” in the past dozen years. For more on this hopping hypocrite, visit the Environmental Working Group’s website at www.ewg.org.