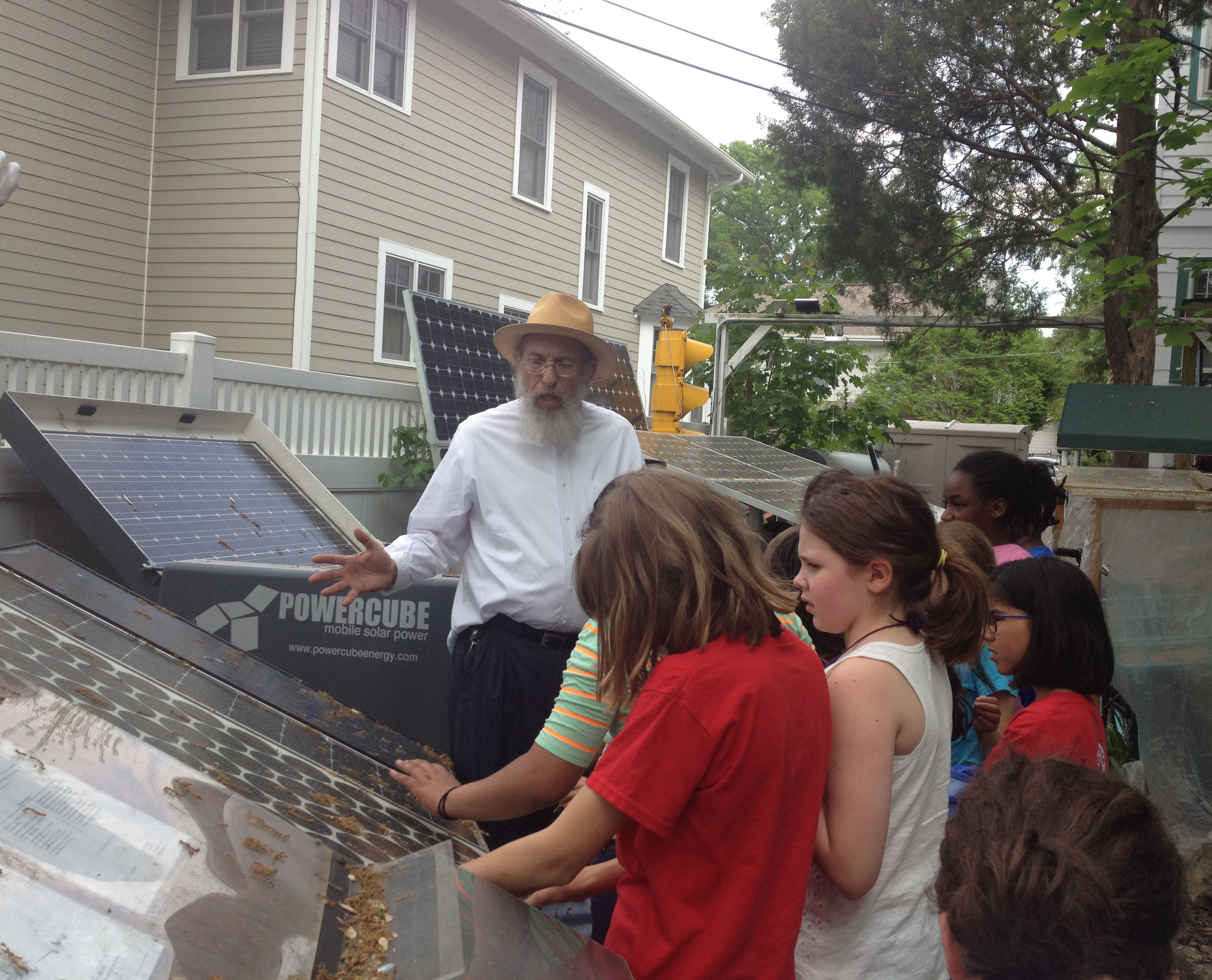 Scott Sklar fights for independence from fossil fuels by being whimsical and wonky.
By Emily Schwartz Greco | June 10, 2015

When historians get around to identifying who greened the national grid, Scott Sklar belongs on their list. The energy consultant and former solar lobbyist with a wild white beard has spent more than 40 years bolstering industries that tread more lightly than fossil fuels and stretch efficiency.

Now 65, Sklar is having too much fun doing his part to make renewable energy hit critical mass to slow down.

Senior citizenship won’t inspire this transplanted New Yorker to spend more time playing with his conure parrots and shih tzu dogs or downsize from his spacious Arlington, Virginia home. Or ride his solar-powered bicycle more often. Or drive around in his solar-boosted Prius for kicks.

Instead, Sklar will keep advising captains of industry, generals, and officials from earthquake-stricken developing countries about what mix of wind, solar, geothermal, and other gizmos they should buy. He’ll continue to serve on an array of boards, teach George Washington University sustainability courses, and mentor students and entrepreneurs who share his passion for green energy.

A new solar project gets installed somewhere in the United States every 2.5 minutes these days, according to the Solar Energy Industries Association — which Sklar led for 15 years. “When I started, it was more like one a month,” he says. 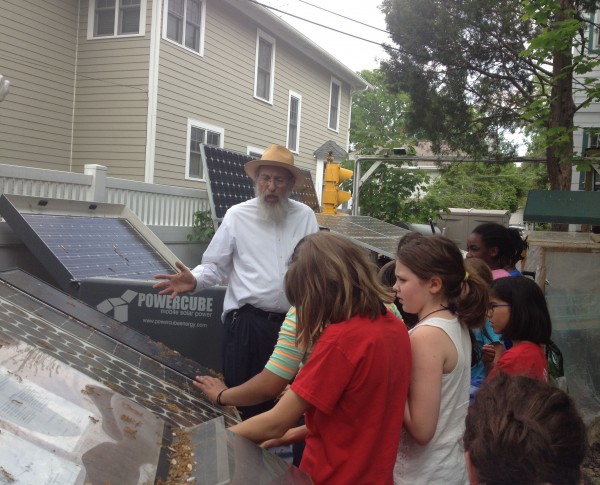 Sklar helped speed solar power’s growth by supporting every alternative to oil, gas, and coal besides nuclear reactors. “I teach my students how to elegantly integrate them all,” he explains, adding “I see myself as Mr. Clean Energy.”

This whimsical and wonky man also gives tours of the grounds around his largely solar-powered home and the interior of his office outbuilding twice a week. Visitors marvel at his solar-powered generators and the pint-sized windmills that protrude from the outbuilding and his 1995 Dodge minivan.

His hospitality began soon after he bought the suburban property in 1984. He wanted to showcase green-tech prototypes too large to schlep to meetings in and around nearby Washington, D.C.

“You cannot understand stuff you’ve never seen,” Sklar said. “I don’t expect everybody to do everything I’ve done, but I do expect them to take things away and I see that happening.”

Mostly architects, engineers, planners, regulators, government officials, and university students get to visit this independently powered green-tech hub. Yet Sklar agreed when one of his grad students asked if the Green Kids club at her child’s school could visit.

My daughter is a member of that club and I chaperoned the field trip to Sklar’s home. There was plenty to see.

Among other things, Mr. Clean Energy owns a hydrogen fuel cell backup system and deploys a bank of networked home batteries. The kids — in third, fourth, and fifth grade — probably appreciated his plastic flamingo and Sponge Bob collections more than the green geeks who usually drop by. One flamingo is a solar-powered light, of course.

Geezer and Gertie, Sklar’s parrots, were another hit.

And the children got to learn about how his geothermal heat pump makes his house operate like a giant refrigerator. It draws cool air through four 100-foot-long underground refrigerant-filled tubes during the summer and expels cold air when outdoor temperatures fall below 55 degrees, reducing the amount of energy required to make the house comfortable.

After the Green Kids thanked him, Sklar asked the children what they’d learned. “You can never have enough solar panels,” one fifth-grade girl observed. He broke into a big belly laugh and shouted: “That should go on my tombstone.”