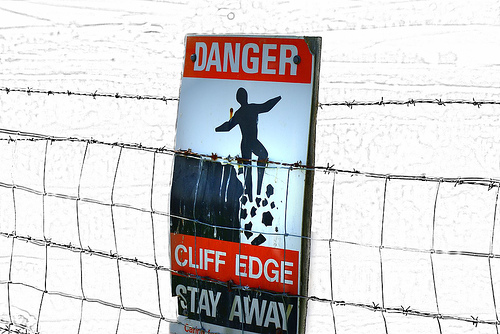 A Grim New Year for Women

Many of the choices that appear likely in the pending budget deal would throw women under the bus.
By Martha Burk | December 19, 2012

While some prominent Republicans appear to be more open to raising taxes on the wealthiest Americans as part of a budget deal that would keep us from tumbling off the so-called “fiscal cliff,” others are digging their heels in deeper.

Re-elected House members in gerrymandered districts are behaving as though the national interest has nothing to do with the priority of their constituents, which is to preserve the Bush tax cuts for the rich.

And whether or not they’re willing to fairly tax the rich, most of the Republicans who are wailing and gnashing their teeth over the imminent and automatic spending cuts are shouting about the fate of military spending.

The country will be weaker, they argue. Apparently, they think it would be tragic if we had to stop fighting multiple unwinnable wars that the public doesn’t support or cut back on those gazillion-dollar Pentagon contracts the government awards to the likes of Northrop-Grumman and Dick Cheney’s old outfit, KBR. 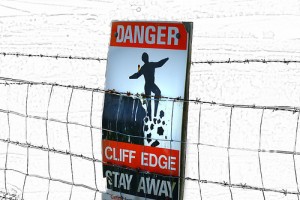 But what about defending the lives of people at home? Aside from Medicare and Social Security, many of the domestic programs that would be scaled back are hardly mentioned. If those pending across-the-board spending cuts aren’t averted, here are some of the ways poor and working-class women will particularly suffer:

Medicaid: Close to 21 million adult women rely on this medical program of last resort, allowing them to manage their health conditions and, by extension, retain their jobs and family incomes. Since nearly 80 percent of Medicaid‑supported health sector jobs (nearly 3 million) are held by women, any major Medicaid spending cuts would be especially devastating for us. The “cliff” cuts would exempt direct Medicaid cuts, and President Barack Obama recently came out against including Medicaid in any budget deal, but many Republicans may try to insist on it.

The Payroll tax cut: The payroll tax cut began at the height of the Great Recession to put money in workers’ pockets and stimulate the economy. Its expiration at the end of 2012 would hit low-income workers, the majority of whom are female, hard. According to Dr. Heidi Hartmann at the Institute for Women’s Policy Research, the cut represents $400 in savings to a woman making $20,000 a year. That can be significant: several weeks of groceries, a couple of car repairs, half a month’s rent. Without a deal, it’s over, but there’s a chance it will be part of any agreement between the White House and Congress.

Women’s health: Funding for the Title X family planning program, the Title V maternal and child health program, and other critical women’s health programs are on the chopping block. These programs help fund preventive care, including birth control, cancer screenings, and reproductive health education programs. Unlike Medicaid, they would be subject to automatic cuts if there’s no budget deal.

This list is by no means exhaustive. But across–the-board cuts to other government programs could rip other crucial pieces of the safety net. Other services particularly important to single-mother-headed households include Head Start, child support enforcement, food stamps, and school breakfast and lunch programs.

If our lawmakers can’t summon the political will, the New Year for women will be a bleak one indeed.