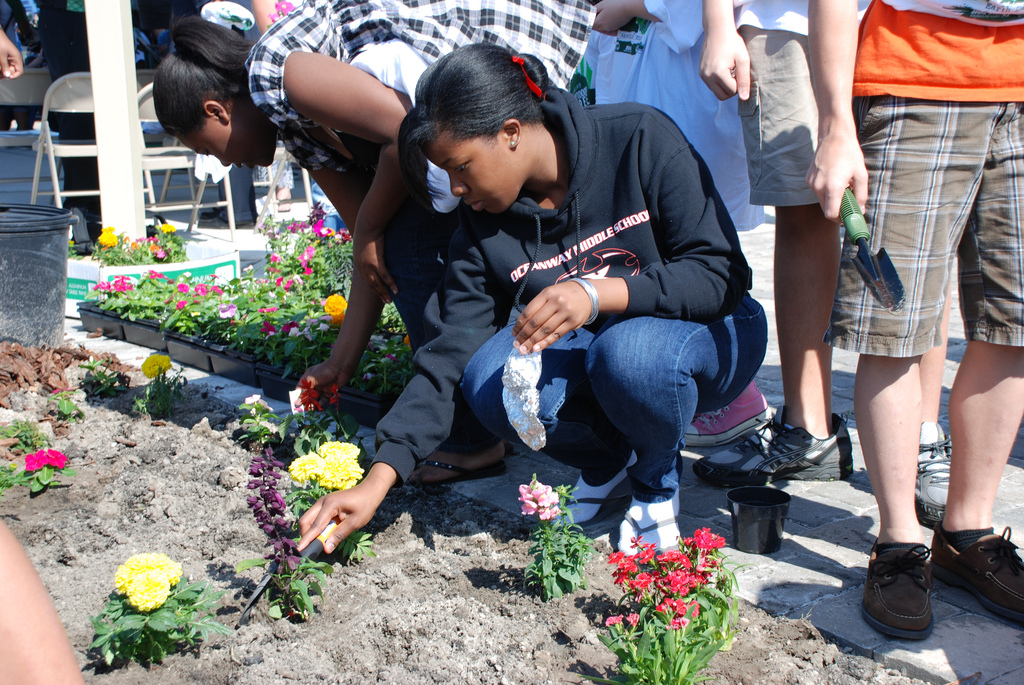 A Healthy Way to Build Communities

Mark Winne, an author and anti-hunger activist, often says that the most important word in “community garden” isn’t “garden.” I saw this firsthand not long ago.

Standing in the sun between several small garden plots all morning, it may not have looked like much was going on. A few people stood in a circle, chatting. Occasionally, one would leave, or another would arrive. Several others were nearby, working in their garden plots.

Some of the people were black. Some were white. And two — a mother and child — appeared Southeast Asian.

The garden plots were equally varied. One was filled entirely with sugarcane. Another grew luffa gourds. Still another grew banana trees. That’s one of the perks of gardening in San Diego — you can grow your own bananas if you wish.

The focal point of the group was Diane, a woman who identifies first and foremost as a community organizer. She isn’t a gardener, but when she found that her community wanted a place to grow healthy, affordable food, she got to work. 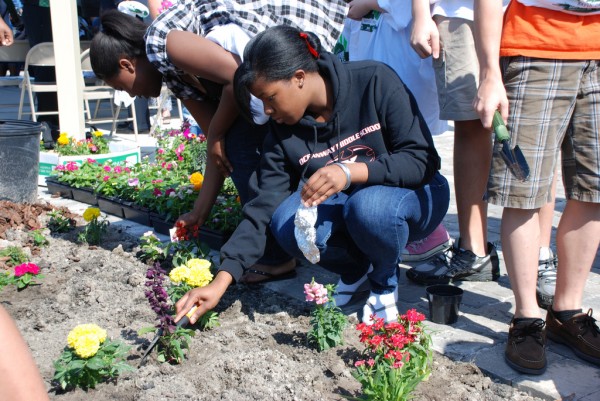 That morning, she was planning her work for the upcoming Saturday. Then, the garden would be full of people, and there had to be enough for them to do. Several volunteers, experts in gardening, helped her plan.

Together, they worked out who would do what, and which materials each would use. They determined that some poor soil was good enough to plant a decorative garden of succulents, and then discussed the fate of a pile of mulch and some flat stones. Would they need children’s activities? And most vexingly, how would they dispose of trash?

But that’s not all they were planning. A Latina woman with a clipboard was there to discuss a day of service for a veterans’ organization in two months’ time. Which projects needed doing that required the labor of a group of vets? Another man from a private boys’ school was planning to get his students involved.

There’s nothing dramatic about the scene. But this is how communities are built.

In the quiet moments in this garden, the people of the neighborhood stop by to tend their plots or harvest their bounty. Perhaps they’d never notice one another if they passed each other on the street, but here they might become acquainted.

It might happen out of curiosity at the strange plant growing in a nearby plot, or out of courtesy, as two gardeners tend their plots side by side. Neighbors will meet as they share a wheelbarrow, help one another spread mulch, or notice their children horsing around together.

The garden also serves as a hub for local organizations, like the boys’ school and the veterans’ group that are volunteering.

It may not feel as important as campaigning to pass a federal law or protesting a war, but the changes that happen here are real and tangible. And sometimes it takes small-scale community change, one neighborhood at a time, to make a difference.

Maybe it’s a breakdown of racial stereotypes among the diverse gardeners who work together. Perhaps it’s a foundation of lifelong healthy eating for the children who tag along with their parents and fall in love with eating carrots pulled directly from the ground.

Whatever it is, gardens like this one grow more than just food.