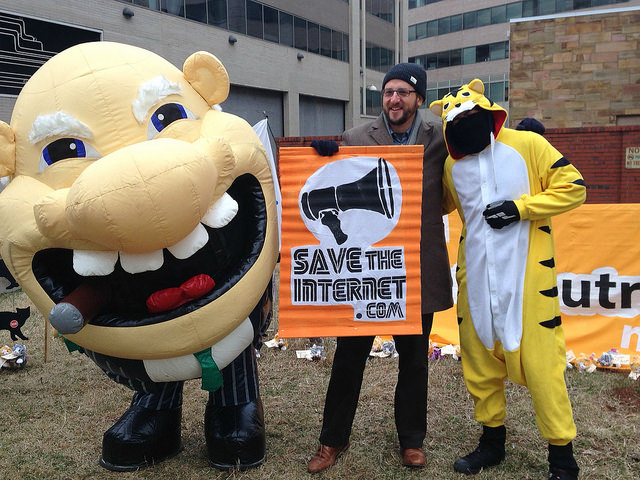 A Historic Victory for Net Neutrality

In the 10 years I’ve spent fighting for Internet freedom as a leader of Free Press, I’ve stood outside the Federal Communications Commission with a megaphone more times than I can count.

I’ve led chants, waved signs, and criticized the agency for serving big companies instead of the American public.

But at the FCC meeting on February 26, when the agency passed the strongest Net Neutrality protections U.S. Internet users have ever had, I stood up and applauded.

That vote marked the biggest victory for the public interest in the commission’s history. But even a few months ago this kind of win didn’t seem possible.

Last May, FCC Chairman Tom Wheeler released a proposal that would have let Internet service providers charge steep new tolls for speedy access and favor certain apps, websites, and services over others.

Only a few big platforms — like Google — would have been able to afford these fees, relegating everyone else to an Internet slow lane.

Comcast and its pals thought they’d won the fight, but millions of people across the country proved them wrong. After a year of nonstop activist pressure, Wheeler reversed course — moving to give Web users the strongest protections possible under Title II of the Communications Act. 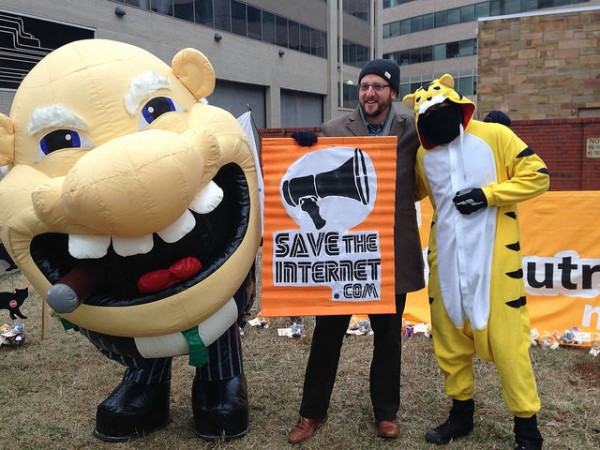 Title II, which governs other two-way communications networks like cell phones and landlines, gives the FCC the authority it needs to prevent providers like Comcast from blocking or interfering with online content and services.

“The American people reasonably expect and deserve an Internet that’s fast, fair, and open,” Wheeler said. “Today they get what they deserve: strong, enforceable rules that will ensure the Internet remains open, now and in the future.”

Wheeler wouldn’t have changed course without every single phone call, email, Facebook post, tweet, rally, meeting with Congress, and everything else that’s been part of the fight to save the Internet.

The effort united everyone who relies on an open World Wide Web — from grassroots activists, musicians, new civil rights leaders, and technologists to parents, teachers, students, and millions and millions of ordinary Internet users.

In the aftermath of this huge win, the cable and phone companies — and their allies in Congress — will do everything they can to knock it down.

Before the FCC’s watershed February 26 vote, Congress held three hearings designed to cast doubt on the merits of the agency’s proposed rules.

At each of these events, members of Congress and industry-friendly witnesses repeated the same old lies about Title II. They claimed it would raise taxes (wrong), hurt investment (wrong), stymie innovation (wrong), and even prompt the world’s dictators to stifle free speech (so wrong it’s hard to know where to start).

They’ve already got at least four more of these hearings in the works.

Lawmakers are also threatening to cut the FCC’s funding and overturn the rules. And we’re likely to see a lawsuit from at least one of the big providers.

Net Neutrality foes insist that the rules amount to a government takeover of the Internet.

But the truth is that the government, for once, actually listened to public input and took a stand against the nation’s most powerful phone and cable companies. The FCC’s rules will protect Internet users from corporate abuse. It’s no wonder that executives and lobbyists for AT&T, Comcast, Verizon, and the rest are seething.

Too many members of Congress — perhaps because of all the industry donations they receive — are out of touch with the American public.

And there’s no doubt that Americans want to preserve the free and open Internet and stay in control of their online experiences. We don’t need Comcast or Verizon deciding which sites will work on the Web or which apps we can use on our phones.

Our message to the world is clear: Mess with the Internet, and you’ll lose.

Craig Aaron is the president and CEO of Free Press (FreePress.net).
Distributed by OtherWords.org.