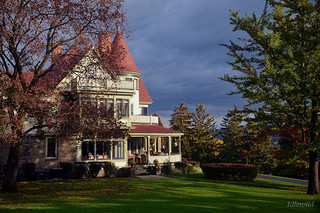 Many of our wealthiest citizens are hurting.
By Jim Hightower | June 26, 2013

Did you know, for example, that the inventory of million-dollar homes in Carmel, California, dwindled to only four properties at one point in late May?

But the tragedy doesn’t stop there. This is a national crisis. Consider the poor people in Old Greenwich, Connecticut, where only 10 homesteads in the million-dollar range were recently on the market. 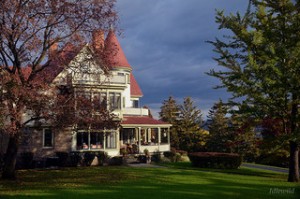 It’s not merely the poor and middle-class who can’t find suitable housing: Many of our wealthiest citizens are hurting.

What’s happening? There’s a surge of multimillionaire hedge-funders, Silicon Valley high-techers, oil and gas frackers, and other super-richers. Their frenzy to snap up luxury second, third, and fourth homes is crowding regular rich people out of the market.

More disturbing is the influx of flashy Russian, Middle Eastern, and Asian tycoons grabbing high-end homes like they’re M&Ms. Those foreigners are creating a housing crisis for our home-grown rich.

So, where the heck is Congress?

Why can’t that immigration reform effort protect our own by taking aim at this emergency? And doesn’t this luxury housing crunch just cry out for a mansion-construction subsidy? If our national leaders won’t help the most privileged among us, who will they help?

The situation is so dire that many of the moneyed elites are scrounging around like commoners to find rental properties. Luckily, there are some swell homes still available out in the Hamptons, renting for about a million dollars. For the summer, that is. Yes, that’s almost $10,000 a day — not counting utilities and the pool boy’s salary.

But in tough times, the rich tend to toughen up, reach for their wallets, and do what has to be done.