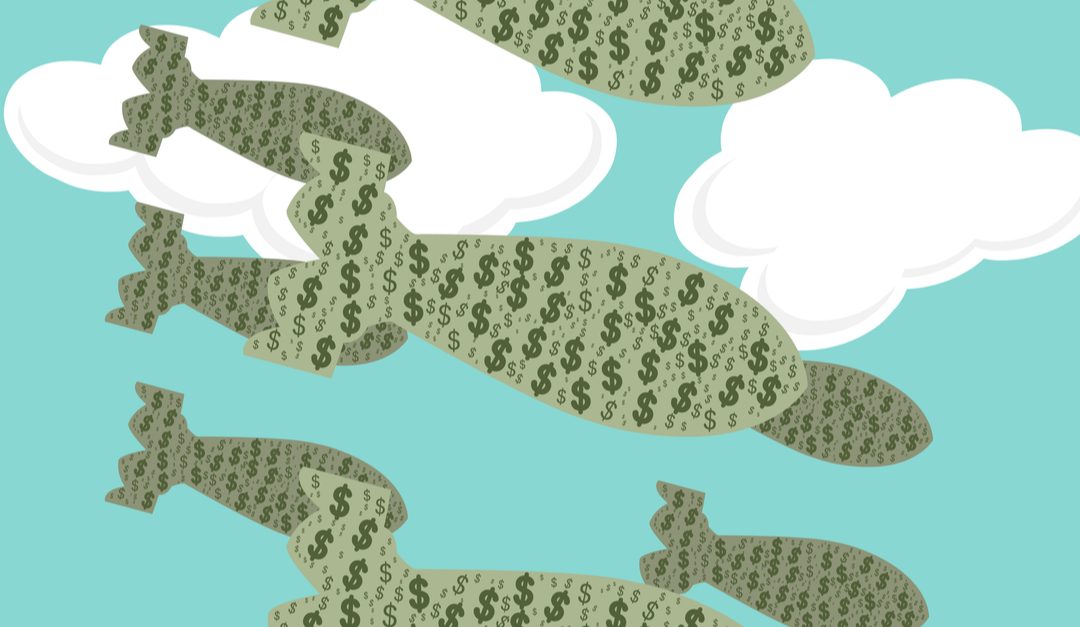 Stop Wasting Money on the Pentagon

Military leaders literally don’t know what they’re doing with our money, but they want more. People on the left and right have had enough.
By Lindsay Koshgarian | December 24, 2018

In this season of (hoped for) peace and goodwill, it’s worth looking for things our divided country can agree on. And since all of us want to be able to trust government to spend wisely, we might find common cause in a surprising place: the Pentagon budget.

When you think of politicians railing against the Pentagon (if you can think of any) it might be someone on the left, like Senator Bernie Sanders. That’s why I was gratified to see Iowa Senator Chuck Grassley take on the Pentagon budget in a recent op-ed in The New York Times.

It’s a relatively rare occurrence for a politician of any persuasion to criticize the Pentagon — but especially for a conservative Republican like Grassley. (That said, the late Senator John McCain, when he was in the right mood, could do it with the best of them. And it’s not Grassley’s first rodeo, either.)

Even more disturbing is that Pentagon leaders aren’t the least bit disturbed about this. Deputy Defense Secretary Patrick Shanahan, the number two official at the Pentagon, told reporters, “We failed the audit, but we never expected to pass it.”

There’s every reason for Pentagon leaders from Secretary of Defense Jim Mattis on down to be ashamed of this result.

Every other major government agency has completed and passed an audit during that time, often many times. If the Pentagon doesn’t know where its money is going, how can they assure us it’s being put to good use? With a Pentagon budget of $647 billion this year — not even counting war costs — the potential for waste and fraud is sky-high.

We know about a lot of examples of waste — Grassley cited a $14,000 toilet seat as a picture-perfect example — but there are no doubt countless more that we don’t know about. This is nobody’s idea of good management.

Grassley suggests that Pentagon leaders need to step up and earn the trust we give them. But if they haven’t done it in 30 years, what’s going to change now?

Pentagon leaders haven’t seen any consequences from their disregard for our nation’s budget. If there’s one thing that could get Pentagon leadership’s attention, it would be requiring them to pass an audit before they get one more dollar from public coffers.

Instead, the opposite seems to be happening. Congress keeps rewarding the Pentagon with ever-bigger budgets. The U.S. military budget is more than $200 billion higher than it was 30 years ago.

And it continues. Less than a week after calling our current Pentagon budget “crazy,” President Trump agreed with military leaders that we need an even larger military budget. And just one day before the failed audit was announced, a committee tasked by Congress announced that the nation needs an almost $1 trillion military budget by 2024.

If we keep going this way, we’re going to waste precious resources that could be used any number of other ways: creating jobs, fighting the opioid epidemic, building a health care system that works for all of us, fixing our crumbling roads and bridges, etc.

Until they can show they know what they’re doing, the Pentagon should be cut off from further increases so we can focus resources elsewhere.

So, if most of the news seems too dicey to talk about over stale Christmas cookies, try the Pentagon’s failed audit. You might be surprised who you’ll agree with.

Lindsay Koshgarian directs the National Priorities Project at the Institute for Policy Studies. Distributed by OtherWords.org.