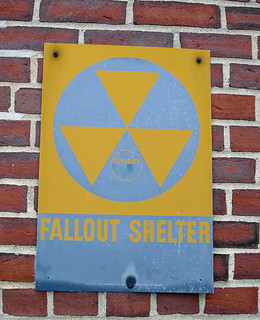 A Radioactive Waste of Money

The federal government should stop building a pointless $7.7 billion facility to convert plutonium into fuel for nuclear reactors.
By Mia Steinle | June 12, 2013

Can a single example illustrate why the federal budget is so hard to get under control? A somewhat obscure nuclear processing plant on the Savannah River in South Carolina might do the trick.

The Mixed Oxide Fuel Fabrication Facility, known by the awkward acronym MOX, is a multi-billion dollar facility the government’s been building since 2005 to convert weapons-grade plutonium into fuel for nuclear reactors.

Plus, the National Nuclear Security Administration, a semi-autonomous Department of Energy branch responsible for the nation’s nuclear weapons programs, has grossly mismanaged the MOX program.

With all the recent doom and gloom over the federal budget, axing a multi-billion dollar boondoggle should be a no-brainer.

You’d think so, but MOX shows how difficult it is to cut a federal program once it lands in an agency’s budget.

The National Nuclear Security Administration is doing everything it can to keep the ill-fated MOX program — that it can neither afford nor justify — funded.

This shouldn’t surprise anyone who has followed the agency, which is notoriously bad at managing the contractors who design, build, and run its nuclear facilities. It even has the dubious distinction of being named to the Government Accountability Office’s list of programs at a high risk for fraud, waste, abuse, and mismanagement for years.

Other National Nuclear Security Administration projects, such as a European-based bomb program, a nuclear materials facility in New Mexico, and a uranium facility in Tennessee, have all garnered congressional scrutiny and criticism because of cost increases of billions of dollars over the past few years. And the agency still can’t seem to get its act together.

Just last month, a federal inspector general reported that the agency lost nearly $4 million to the contractor running construction at the MOX facility. The contractor, Shaw AREVA MOX Services, routinely billed the agency on behalf of its subcontractors for living expenses and pricy plane tickets that weren’t eligible for reimbursement. But, because of the agency’s hands-off approach to management, it unknowingly paid the bills, anyway.

Frustratingly for taxpayers, the Inspector General had warned the agency that it was on track for losing money on MOX as early as 2005.

And that’s not even the worst thing about this mammoth waste of money.

The plant is intended to convert weapons-grade plutonium into fuel for commercial nuclear reactors. That might sound like a great idea for disposing of the nation’s excess plutonium, except not a single U.S. reactor uses this type of fuel. Nor are any companies in the nuclear power business interested in using it in their reactors. As you can probably figure out, the lack of a market for MOX fuel renders this facility essentially useless.

Thankfully, it looks like the administration is finally getting the message that no one wants what it’s selling. President Barack Obama’s latest budget request to Congress proposes slashing the facility’s budget next year while the National Nuclear Security Administration looks for less expensive ways to handle its excess plutonium. This is a step in the right direction, to be sure, but it doesn’t go far enough. And, of course, it’s years overdue.

Instead of zeroing out funding for MOX, Obama’s plan will pour more than a billion dollars into the facility over the next five years. The plan is to complete the shell of the building and put a roof on it. Given that the roof is already built, this part of the plan seems like another massive waste of money.

Mia Steinle is an investigator for the Project On Government Oversight. POGO is part of the Pentagon Budget Campaign, a broad national effort to rein in wasteful Pentagon spending. POGO.org
Distributed via OtherWords. OtherWords.org