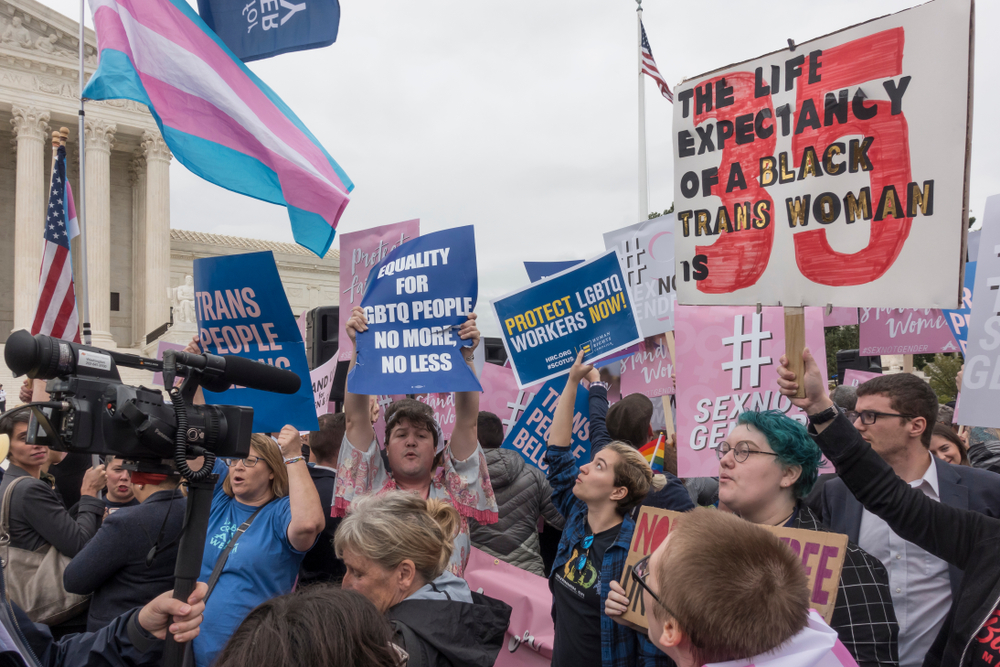 A Ridiculous Debate, But a Welcome Ruling

Thanks to the Supreme Court, now I have rights that I should have had anyway. Others deserve the same.
By Jill Richardson | June 17, 2020

The Supreme Court just affirmed a right I thought I always had: not to be fired for my sexual orientation.

The 6-3 ruling found that, under existing civil rights legislation against sex-based discrimination, it’s illegal for employers to discriminate against their employees based on sexual orientation or gender identity.

It feels ridiculous that this needed to be argued in front of the Supreme Court at all. Why is anyone’s humanity up for debate?

Still, while I considered myself an ally of the LGBTQ community before I came out, I didn’t realize just how easy it is to simply accept that inequality exists — until it was my humanity up for debate.

Until three years ago, I thought I was straight. Before then, I went on a lot of first dates with men. I thought I just didn’t really click with any of them.

I never once thought about my family’s approval of my straightness, or whether I could legally get married someday. I talked freely about my adventures in dating at work and never considered saying “they” instead of “he” so nobody would know I dated men. I was never worried about getting fired for being straight.

I did not have to follow Supreme Court decisions to find out whether my rights would be respected. I never needed to check laws for states I moved to or places I traveled to find out what rights straight people have — or do not have.

Still, realizing I was gay was one of best moments of my life.

I’d been falling in love with female friends since childhood. I thought all girls felt that way about their best friends. I always knew I wanted more than I could have, but I couldn’t imagine what that would even look like. Mostly, I had a vague sense of rejection every time a straight best friend found love with a man.

To me, attempting to be straight felt unnatural. As a teen, I used to stare at pictures of movie stars other girls said were hot and try to feel something for them. Chris O’Donnell. Brad Pitt. Jared Leto? I liked Keira Knightley and Natasha Lyonne.

When people talked about hot men, I would think, “How can you tell which ones are good looking?”

All people should have the rights I thought I had as a straight person. The idea that anyone’s gender identity, or how they feel when they look at posters of supposedly attractive people, should affect their rights, income, or employment prospects seems like a sick joke.

The past few weeks I’ve been thinking about how accepting I was of inequality when I thought it didn’t affect me. I don’t like how blasé I was about it, and how tolerant I was of slow, gradual progress that took years.

My rights shouldn’t be up for debate, and neither should the rights of the black people, trans people, immigrants, and so many others still fighting for equality. We should not accept patiently waiting decades longer for change.

This country was founded on the basis that “all men are created equal,” but that only applied to propertied, cisgender white men — and no women. In 2020, we must fulfill the promises our founders made by truly extending them to all people. We should not wait to do that.