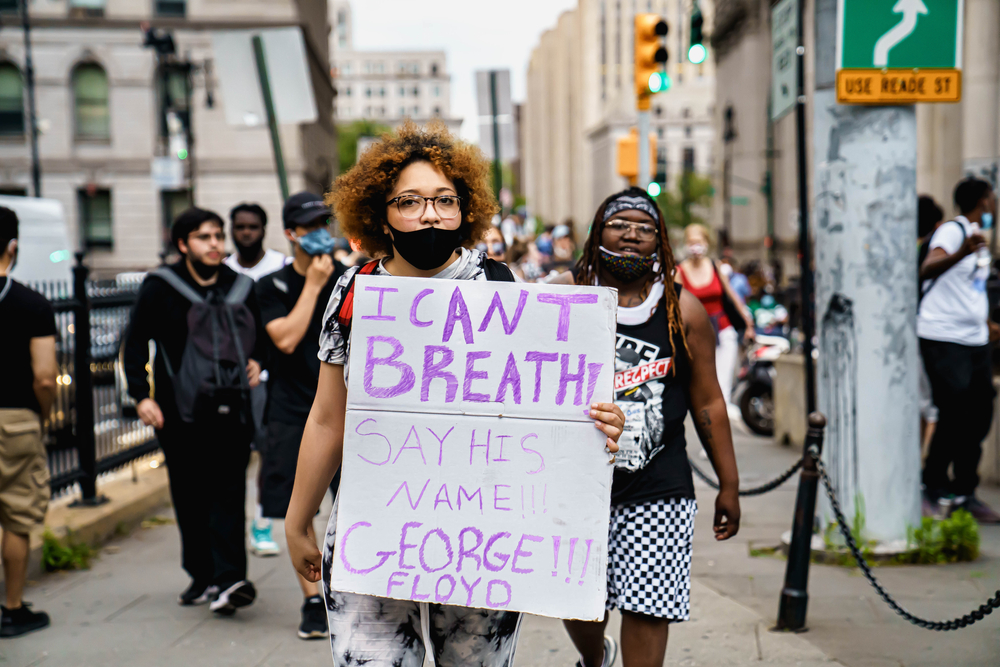 A Tale of Two Americas

As protests and riots spread like wildfire across the nation in response to the death of George Floyd and other black people at the hands of white police officers, I cannot help but recall an old African Proverb:

“The child who is not embraced by the village will burn it down to feel its warmth.”

Protests and riots are a part of this country’s history, from the Holy Week Uprisings that occurred after the assassination of Dr. Martin Luther King, Jr., to the Los Angeles riots that took place after police were acquitted of severely beating Rodney King in 1992.

Of course, I do not condone the looting and violence that often follow public gatherings of unrest. But as a black woman living in a racist society, I know the pain and frustrations of those who are sick and tired of being sick and tired.

Dr. King once said in a speech that, “A riot is the language of the unheard.” For far too long, Black Americans have gone unheard.

The injustices that plague us become especially unbearable when you compare the mostly peaceful organizing by black activists seeking justice for George Floyd to the white protestors who entered the state capitol building in Michigan last month, armed with rifles, confederate flags, and other symbols of the slave-owning south, to reject — of all things — COVID-19 stay-at-home orders.

President Trump tweeted his support for those protestors. “These are very good people,” he said, “but they are angry. They want their lives back again, safely!”

But when unarmed black people took to the streets for Mr. Floyd, Trump tweeted, “These THUGS are dishonoring his memory, and I won’t let that happen.”

What the president and others don’t realize is that we’re not just protesting the death of George Floyd (or Breonna Taylor, or Ahmaud Arbery, or Eric Garner, or Alton Sterling, or Philando Castile). We are also protesting the racist culture embedded in police precincts throughout the nation — and the brutality that comes with it.

When Sacramento police shot and killed Stephon Clark in 2017, 84 people were arrested in a subsequent peaceful march against police violence. Just last month in New York, Shakheim Brunson was beaten and pinned to the ground by police after being asked to disperse in compliance with social distance orders.

And of course, peaceful, unarmed protesters are being violently attacked by police across the country today — most recently so Trump could enjoy a photo-op outside a Washington, D.C. church.

This is the infamous tale of two Americas.

Black protestors get pegged as “Black Identity Extremists” by the FBI and can be prosecuted as domestic terrorists.

If you’re a real-life white identity extremist, on the other hand, you can actually join the ranks of the law enforcement. “There is a long history of the military, police, and other authorities supporting, protecting, or even being members of white supremacy groups,” wrote Rashad Robinson in The Guardian last year.

All this comes around the 99th anniversary of the Tulsa Race Massacre that took place in 1921, when white mobs rampaged against black people and black-owned businesses. Private planes from a nearby airfield even dropped firebombs on black neighborhoods, wiping out a district then known as “Black Wall Street.”

Who were the “thugs” in this incident?

And, as Dr. King asked in his speech on riots, “What is it that America has failed to hear?”