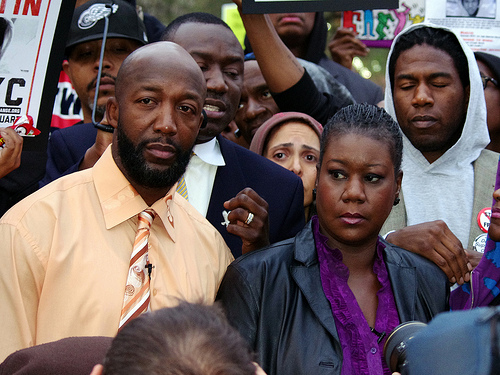 A Verdict that Condemns the State of Civil Rights in America

I want to assure Trayvon's parents, Sybrina Fulton and Tracy Martin, as well as millions of their supporters, that this isn't over.
By Marc Morial | July 17, 2013

The not-guilty verdict a jury of six women reached in the shooting death of Trayvon Martin was outrageous. Although I’d been following this case since February 26, 2012 — the day George Zimmerman, a Sanford, Florida, neighborhood watch captain, gunned down the unarmed 17-year-old black teen — I was stunned.

Zimmerman assumed Trayvon was a suspicious person, disobeyed police instructions, followed him, fought with him, and shot him dead. He had no reasonable grounds for any of these actions. 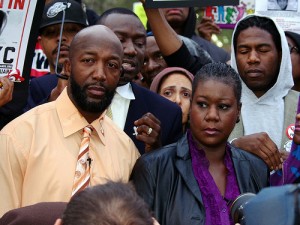 From the beginning, the Florida criminal justice system seemed to treat the perpetrator (Zimmerman) with more deference and concern than the victim (Martin). Zimmerman was not immediately arrested. For weeks, he hid behind Florida’s shameful “Stand Your Ground” self-defense law, which allows a person to use lethal force against a presumed attacker.

Zimmerman was eventually charged with second-degree murder, but soon thereafter was released on bond. Repeated attempts to impugn Trayvon Martin’s character and to actually put a dead boy on trial were rebuffed by the judge.

It was clear from the start that Zimmerman’s lawyers and others were basing their defense on the stereotyping of the teen as a dangerous, violent young black boy who would have killed the defendant had Zimmerman not killed him first.

Nothing could be further from the truth. Trayvon was a typical high-school junior who loved sports, music, and aeronautics and was making plans to go to college. On the day Zimmerman killed him, the teen was armed only with a bag of Skittles and a bottle of iced tea. It was he who was being relentlessly followed by a stranger. He was scared. As the outcome proved, he had every reason to be.

While I accept the jury’s decision under the due process of law, I want to assure Trayvon’s parents, Sybrina Fulton and Tracy Martin, as well as their millions of supporters, that this isn’t over.

My organization, the National Urban League, stands in solidarity with the NAACP, the National Action Network, the Black Women’s Roundtable, and others in urging the Justice Department to proceed with a federal investigation of Trayvon Martin’s killing for possible civil rights violations.

We beseech the Department to pursue this investigation to the fullest extent. We’re also calling on the broader community to express its outrage by using social media, calling elected officials, and mounting a dignified, peaceful, yet robust response in the spirit of Dr. Martin Luther King, Jr. and Whitney M. Young, Jr.

Along with our thoughts and prayers, we pledge a renewed fight in the courts, in Congress, and in the media. We will also engage the public to end racial profiling, secure justice for Trayvon Martin, and help ensure that other kids like him don’t meet the same fate.

The Zimmerman acquittal, along with the Supreme Court’s recent evisceration of the Voting Rights Act and the continued dehumanization of young black men in America, make it clear that civil rights activists and people of goodwill throughout this country still have a big job to do.

In this year marking 50 years of civil rights progress since Dr. King’s March on Washington, we must renew our commitment to building “a more perfect Union.”

As Tracy Martin, Trayvon’s father, put it: “Even though I am broken-hearted, my faith is unshattered.”

There’s no celebration without continuation. The 21st-century civil rights struggle is confronting us boldly and clearly.