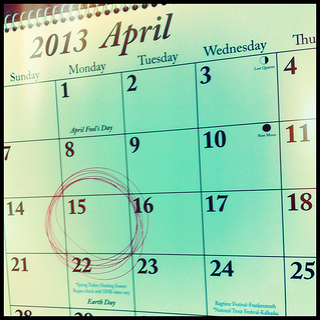 Taxes can do more than simply raise revenue.
By Sam Pizzigati | April 3, 2013

With April 15 fast approaching, Americans are naturally thinking about taxes. But most of us won’t be thinking about them the same way our forebears once did. Over the past half-century, our nation has witnessed a profound transformation in attitudes toward income taxation.

How profound? Consider the perspective of Randolph E. Paul, the corporate tax attorney who helped shape federal tax policy during and after World War II.

Paul’s tax career had actually started decades earlier, back in 1918. By the 1930s, Paul had become one of Wall Street’s top tax experts. His clients ranged from General Motors to Standard Oil of California, and probably no one in America knew the tax code — loopholes and all — any better.

That knowledge made Randolph E. Paul invaluable to President Franklin D. Roosevelt’s New Deal. In 1940, Paul helped New Dealers write an excess profits bill. In 1941, right after Pearl Harbor, he joined the Treasury Department. From his government staff perch, he worked to make sure all Americans, the wealthy included, contributed financially to the war effort.

Paul succeeded. By 1944, the federal income tax had become a major presence in American life. Most Americans, for the first time ever, were paying income tax — and rich Americans were paying more than anyone. During the war, the top marginal tax rate on income over $200,000, about $2.6 million today, jumped to over 90 percent.

Taxation for Prosperity drew a distinction between “a mature economy” and a “mature approach to economic problems.” The immature in a mature economy, Paul noted, preach “the gospel that taxes are for revenue only.”

In fact, Paul would argue, taxes in a mature economy offer us “powerful instruments for influencing the social and economic life of the nation.” With “well-planned taxes,” we could avert another depression.

By “well-planned taxes,” Paul meant steeply graduated levies that kept as much money as possible in the pockets of “people in the lower brackets.” Lower-income people, Paul explained, “have a higher propensity to spend.” Their spending keeps “the wheels of industry turning.”

“The people with high incomes can best afford to contribute to the support of the government,” Paul noted, “and the failure to impose substantial taxes in the upper brackets would seriously injure the morale of the rest of the taxpaying public.”

High taxes on high-income individuals, Paul continued, also “perform the valuable service of preventing more saving than our economy can absorb,” soaking up the excess that would otherwise wind up devoted to destabilizing speculation.

Could taxes on the rich ever go too high? That danger, Paul acknowledged, does exist in an economy that “depends upon the profit motive.” So taxes on the rich ought always be kept at a level that “fosters economic activity.”

But the “need for this incentive,” Paul added, fades away “when we reach the highest brackets.” At that point, tax rates ought to rise “very sharply” to help “counteract undue concentration of wealth.”

In other words, Paul summed up, we need a tax system that keeps “the nation’s wealth” from flowing “into the hands of too few.”

For the next two decades, we had that tax system. Tax rates on America’s rich stayed high well into the 1960s, and average Americans prospered as never before.

Since then, we’ve gone in the opposite direction. Our nation’s tax experts — and the elected officials they advise — no longer think about taxes as a tool for fending off the “undue concentration of wealth.” They see taxes as a matter of raising revenue, pure and simple.

Randolph E. Paul considered that attitude “immature.” We should too.