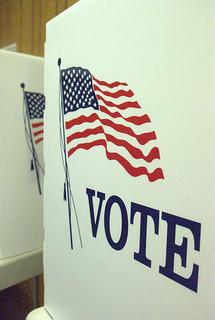 A Better Way to Run Elections

If voters had a way to rank candidates rather than just choose one, it would be good news for politicians like Tim Pawlenty.
By David Reingold | November 6, 2012

Once upon a time there were at least nine Republicans running for president. It turns out that almost every Republican in the country thought that Tim Pawlenty would be a pretty good president. Indeed, he was everyone’s second choice.

But everyone had one other person they thought would be even better, so they voted for that person. The result was that all the other candidates split the vote, each getting about 13 percent, and poor Pawlenty got almost nothing. So he dropped out. One by one, so did the other candidates, leaving us with Mitt Romney. 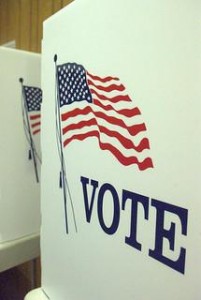 OK, so I made all this up — or did I? The fact is, no one knows who was the second choice of the voters, because no one asked. But it doesn’t have to be this way. We could ask, and if we did, we might find ourselves with very different candidates on the Democratic and Republican tickets.

The point is, our vote-for-one electoral system isn’t designed to choose the best or the most popular candidate. It’s designed to reward the candidate who can survive the longest, even if he or she is not the favorite of the electorate. Remember, until the competition dropped out, there were no primaries in which Romney won the majority of the votes. More people were against him than for him.

The same thing happened in Egypt. With multiple candidates running, the top two vote getters turned out to be the most extreme candidates. Most of the people chose someone in the middle, but not the same someone, so in the second round, the majority had to choose between two candidates, neither of whom they wanted.

There are easy ways around this. One is, instead of voting for one candidate, you rank them. Here’s my first choice, here’s my second, and so on. You can stop whenever you like, no need to rank them all. When counting, simply give points for each level of vote. If there are nine candidates, a first-place vote is worth nine points, second is worth eight, and so on. Anyone unranked on your ballot gets no points.

A second approach would be to allow negative votes: My vote goes for Smith, but I definitely do not want Jones. Smith gets +1, Jones gets -1 vote. Anyone voting for and extreme left candidate will probably vote against an extreme right candidate, with the result that they would cancel each other out, leaving the middle standing.

Another effect of this system would be to reduce the effect of outside money in local races. After all, when an extreme Republican is running against an extreme Democrat, outside groups care who wins and pour money into the race. If the candidates were moderate, the outside groups might care less and allow the locals to decide.

This would be good news for politicians like Tim Pawlenty.

So what’s stopping us from doing this? As far as I can tell, nothing. Each state’s Secretary of State gets to decide how their primary will be run. All they have to do is choose one of these systems.

David Reingold is a retired chemistry professor at Juniata College in Huntingdon, Pennsylvania. He now lives in Portland, Oregon.