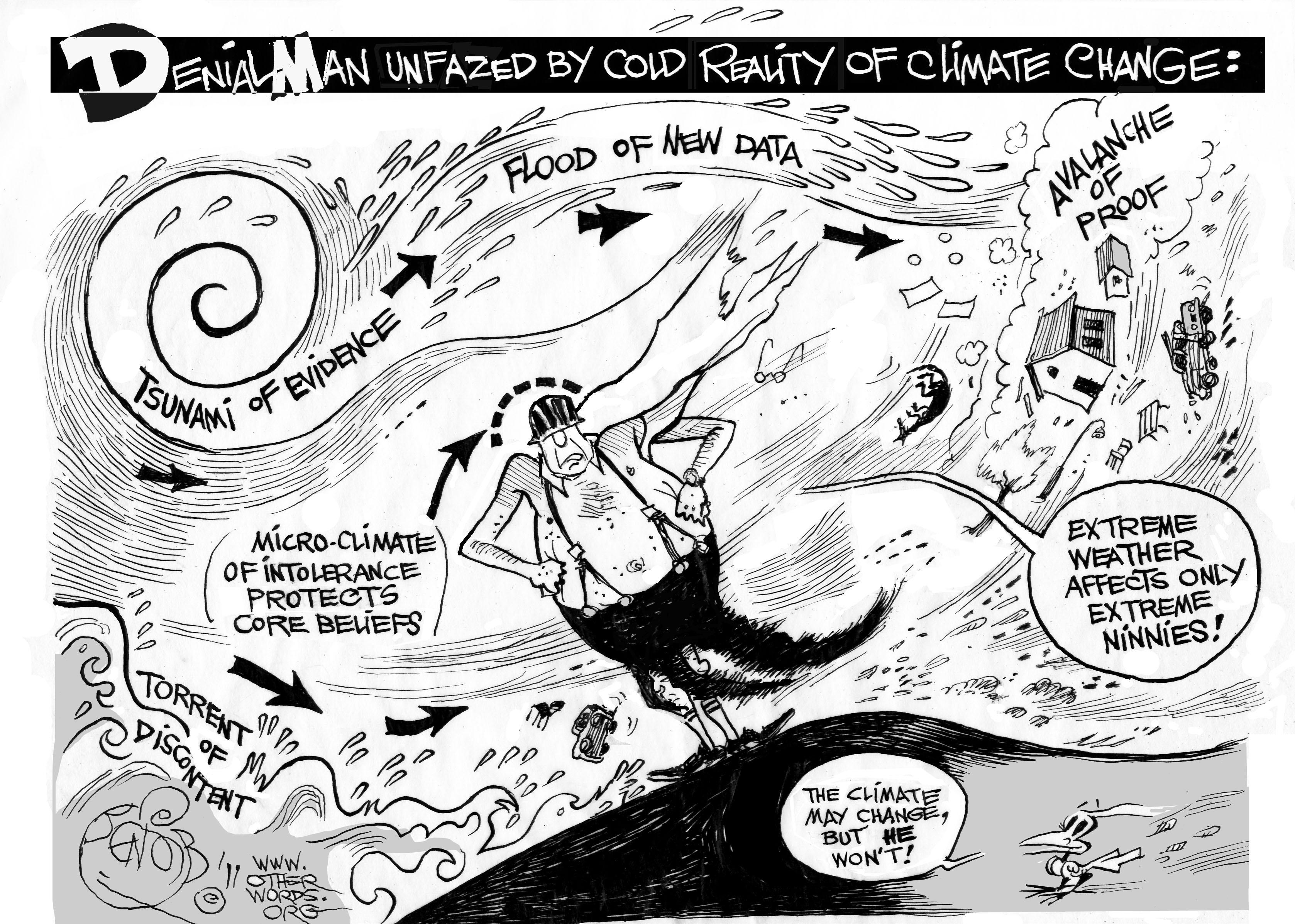 A Blizzard of Bad Climate News

If you want to get your grandkids something they'll be really thankful for this holiday season, fight to stop climate change.
By Janet Redman | November 28, 2011

I’m not out to Grinch anybody’s holiday cheer, but we’ve got a serious situation here.

A tsunami of scientific studies is showing that global warming isn’t only real, it’s happening faster than we thought and our window of opportunity to act is shrinking. This is very scary stuff. 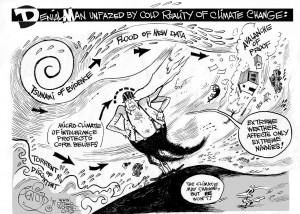 Even die-hard climate change deniers had to take their heads out of the sand briefly this fall, when a study commissioned in part by the ultra-conservative Charles Koch Charitable Foundation found that the average global temperature has risen by 0.9 degrees Celsius (1.6 degrees Fahrenheit) since the mid-1950s.

This may seem like chump change, but the UN’s climate scientists have warned that if we add just a mere 2 degrees Celsius to pre-industrial temperatures, we’ll see ecological catastrophe across the planet.

And what’s really alarming is that instead of reducing the pollution that changes the climate, we’re increasing it. The volume of greenhouse gases released into the atmosphere in 2010 leapt a record 6 percent from the year before. Planetary pollution is now worse than what scientists predicted as the worst-case scenario four years ago. That means global warming will be correspondingly worse than previous worst-case scenarios, too.

UN scientists released a report in November explaining that a jump in global emissions and temperatures means that sweltering heat waves like we saw last summer are going to become routine. According to the study, “a 1-in-20 year hottest day is likely to become a 1-in-2 year event by the end of the…century.” Ouch.

Those researchers also said that heavier rainfall, more floods, stronger cyclones, more landslides, and increasingly frequent droughts are also likely to accompany the warmer climate. Here’s why: Hotter air holds more moisture, meaning that more water will be sucked out of the soil and oceans and then dumped back to earth in more intense storms.

Sound familiar? By the middle of this year, the National Oceanic and Atmospheric Administration was already calling 2011 one of the most extreme-weather years in U.S. history.

If freaky weather doesn’t convince you that it’s time to get serious about curbing climate change, the price tag might. Americans took a hit of more than $53 billion in damages from extreme weather-related disasters this year.

But we can do something about it.

We can tax polluters and scrap antiquated subsidies for Big Oil to discourage dinosaur technologies and raise $197 billion for a clean energy revolution. We can stop the most destructive projects like the Keystone XL pipeline, which would haul dirty tar-sands oil across North America. Agencies like the EPA can step up the implementation of hard-fought safeguards like the Clean Air Act.

And at the UN climate summit in Durban, South Africa, Washington can stop trying to derail global negotiations for a binding solution. It will take a quantum leap in political will on the part of the Obama administration to champion a climate deal. But according to Fatih Birol, chief economist at the International Energy Agency, “if we do not have an international agreement whose effect is put in place by 2017, the door will be closed forever.”

If you want to get your grandkids something they’ll be really thankful for this holiday season, fight for their future. Fight to stop climate change.