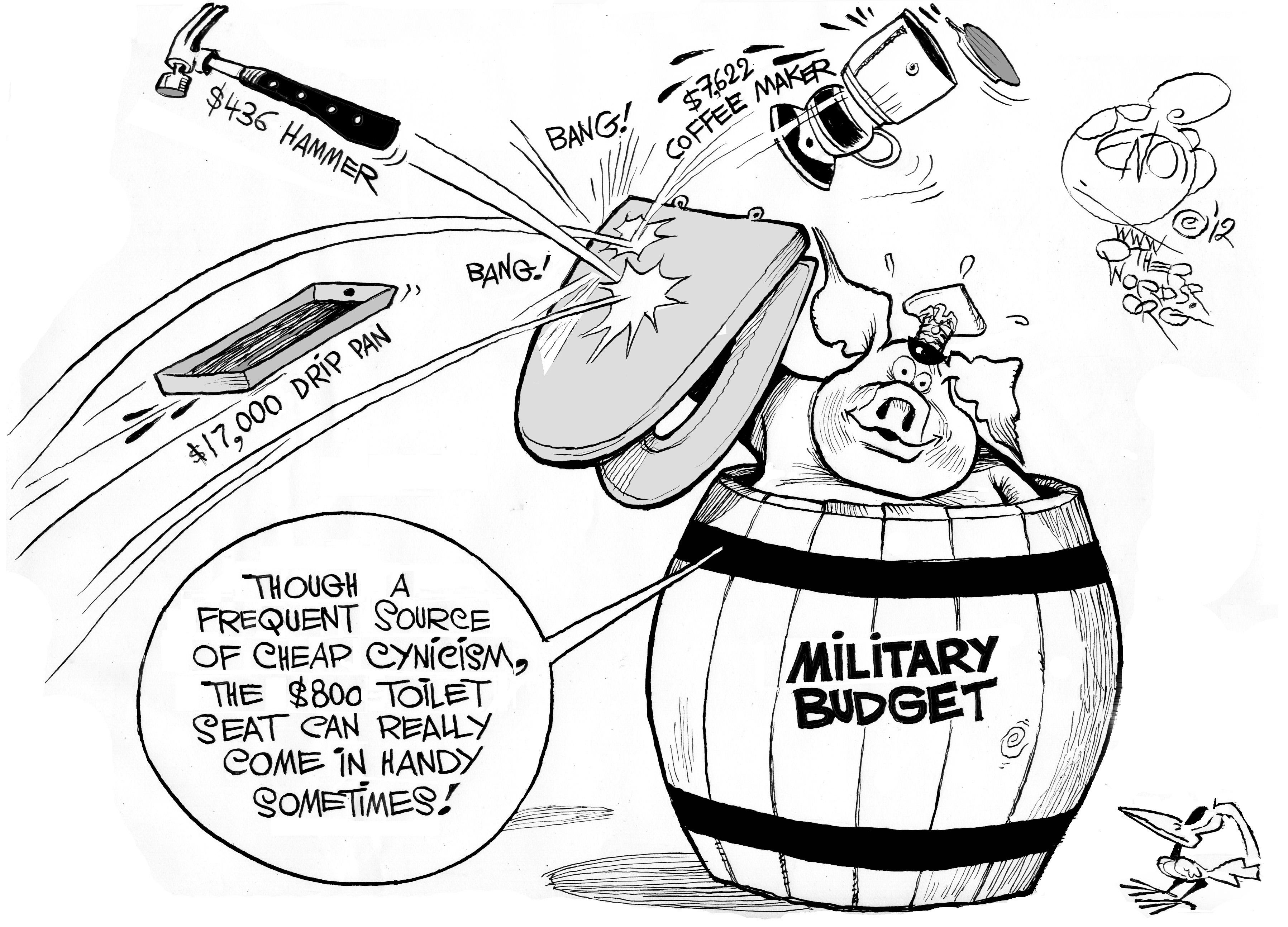 A Glimmer of Military Budget Sanity

Here’s a milestone of sorts. In July, for the first time since 1998, the House of Representatives voted to maintain the current military budget rather than increase Pentagon spending. It’s the first step toward bringing the budget down.

Within the bill, which included more than $600 billion for the military, the House embedded a few gestures toward fiscal sanity. Most important was the decision of 89 Republicans to join most Democrats in shaving a billion bucks off the budget that House Republican leaders had proposed. That’s mostly a symbolic move in a budget of this size, but worth celebrating nevertheless. 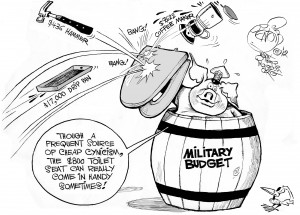 Less publicized was a much smaller gesture. Congress voted to block Rep. Hal Rogers (R-KY), the chair of the House committee in charge of spending, from steering a contract to his district in Kentucky to buy $17,000 drip pans for Black Hawk helicopters.

$17,000 whats? You know, pans that catch leaking transmission fluid. As The New York Times reported in May, other Army helicopters do fine with a $2,500 model. Congress ruled that the chair of the spending committee couldn’t reward a frequent campaign contributor with a contract that somebody else could fulfill at 1/8th the cost to the taxpayer.

Rogers’ drip pans deal would have cost about $5 million over three years — chump change in the budget Congress was voting on. So why did they axe this particular sweet deal? Maybe they were a little worried that it would become the next $800 toilet seat.

Back in the 1980s, this fixture on a Navy plane — we’re not talking the price of a toilet mind you, just the seat — epitomized military waste. As a symbol the public could really visualize, its discovery expedited contracting reform. Other egregious examples emerged: a $436 claw hammer that looked like the kind you could pick up at the hardware store for $15, and a $7,622 coffee maker before espresso bars became commonplace, to name a few.

A pan that catches transmission fluid might not trigger the same outrage as that pricey toilet seat. But with the nation careening toward the edge of a fiscal cliff, the timing is right. As conservative lawmakers make speeches in the coming months about their belief that Pentagon spending must be preserved at the expense of everything else, the $17,000 drip pan offers a handy rebuttal.

So Congress tried to head this particular program off before it got too much publicity. Of course, at the same time it rejected other modest, sane, cost-cutting gestures, such as nixing the Pentagon’s $72 million advertising budget for NASCAR races.

We won’t get too carried away with this glimmer of hope that a sane approach to military spending is around the corner. Still, 89 Republicans and most Democrats did say no to Rep. Rogers, the “Prince of Pork.” And for the first time since before the 9/11 terrorist attacks, Congress voted to trim its leaders’ aspirations for the overall military budget. It’s a start.

Miriam Pemberton is a Research Fellow at the Institute for Policy Studies. Gabriel Rossman is a student at Wesleyan University.
Distributed via OtherWords (OtherWords.org)