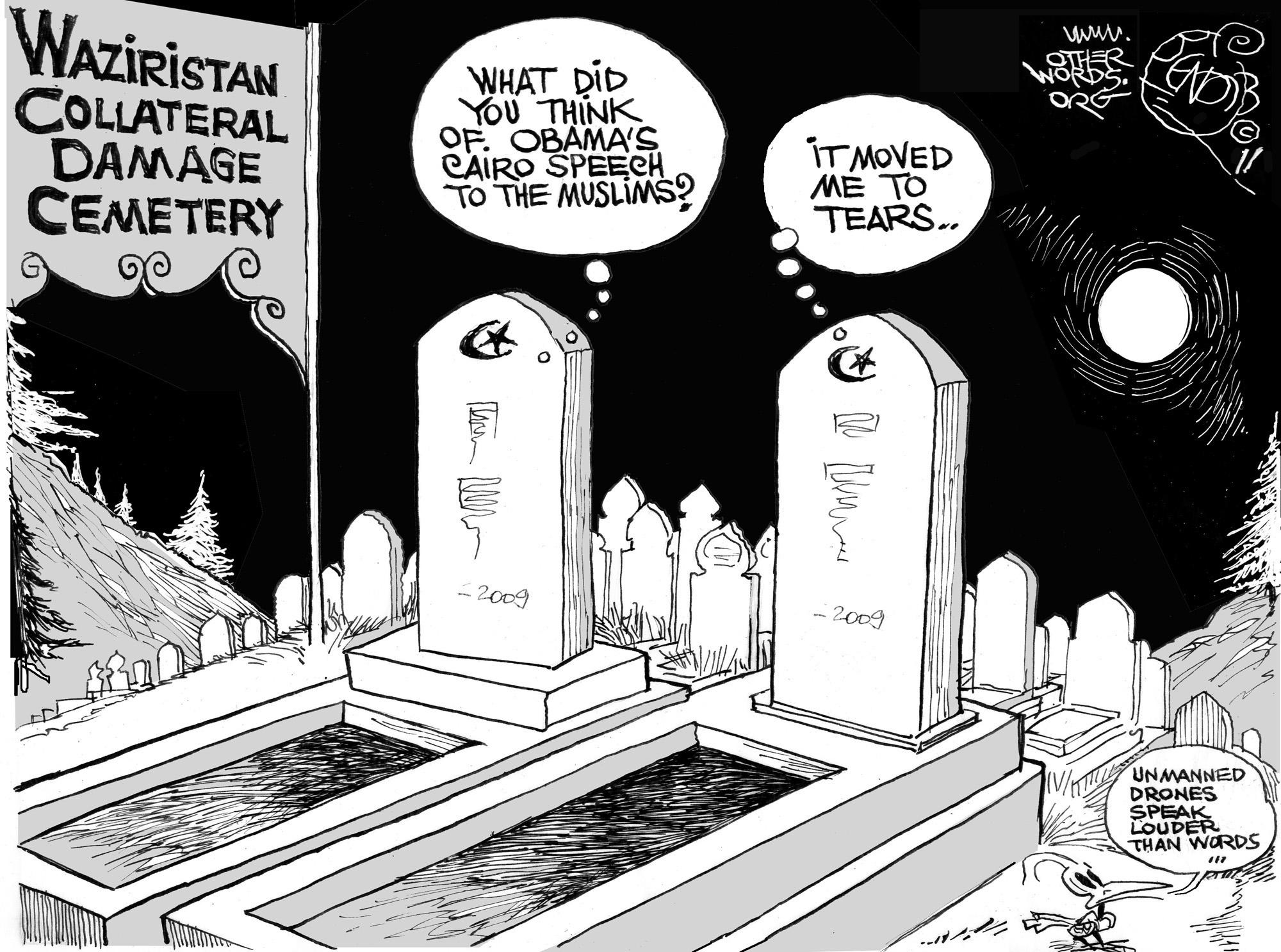 A Nation of Laws?

The failure of the U.S. war strategy in Afghanistan to contain the anti-government insurgency has led the Obama administration to expand the undeclared war in Pakistan. According to the Long War Journal, the number of U.S. attacks in Pakistan, using unmanned Predator drones, has gone from five in 2007 to 117 in 2010.

Government officials here in Washington say privately that they expect the covert war to expand even further this year. Yet Congress and the public have undertaken no significant examination of this new war’s consequences. 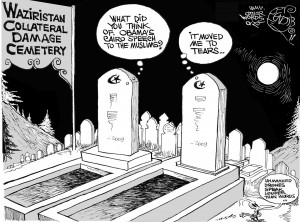 Members of Congress have almost daily reminders of the cost of the wars in Afghanistan and Iraq in the form of the dead and wounded U.S. soldiers that return to this country. Lawmakers travel regularly to attend funerals of the fallen.

The U.S. drone strikes in Pakistan produce many casualties, but none of those killed are citizens of our country. The pilots operating the remote-controlled drones used to launch missile attacks in Pakistan usually sit behind computer screens far from the battlefield. For policymakers in Washington, this is a war without cost or hometown casualties.

The English language press in Pakistan often relays reports of civilians killed in these attacks. But those reports rarely make headlines in the United States. The only ongoing reminder of this war is the occasional headline that suggests the United States has successfully killed another al-Qaeda militant. For most Americans, that’s justification enough for this new war by assassination.

Having closely followed the Congressional investigations of CIA assassination attempts in the 1970s, I find the current shift in public attitudes alarming. Back in the 1970s, when investigations led by Senator Frank Church revealed that the CIA had engaged in targeted killings of foreign leaders, President Gerald Ford felt obligated to sign an executive order banning intelligence agencies from engaging in assassinations.

I’m not naïve enough to believe that the United States halted its involvement, but at one time the public attitude was that such assassinations were wrong. We are a nation of laws. As recently as 2001, when Israel engaged in targeted assassinations against Hamas leaders in Gaza, the U.S. ambassador to Israel was forced to go on record against the killings (although our government didn’t cut off assistance to the Israeli units involved in these murders).

President Obama’s startling expansion of this drone assassination campaign has gone by largely unnoticed. Missile attacks from drones often target a single person for assassination, but end up killing dozens. Nearly 2,000 people have been killed in Pakistan by drones since 2006, yet Congress has held only one public hearing on these weapons. Instead, Congress inserts even more money than the President requests for them into the Pentagon’s budget–and there’s even a special caucus to promote the drones.

As the Obama administration exponentially expands the use of remote-controlled drones for assassinations, Congress should take a second look at this new kind of fighting that’s done in our name. You don’t have to work for a Quaker lobby to question whether remote control killings in Pakistan are helping to make our country more secure. Within Pakistan and Yemen (where the United States has also used such drones), the strikes have become a rallying cry for anti-government political groups and a recruiting tools for the same violent, extremist organizations that the U.S. claims to want to damage.

There’s a bumper sticker that sums up this problem. It reads: “We’re making enemies faster than we can kill them.” Congress, and the nation as a whole, need to decide if our goal is simply to kill more people or to make this country safer. If our goal is the latter, then assassinations by drones or any other means doesn’t belong in our policy tool kit.

Jim Cason is an associate executive secretary at the Friends Committee on National Legislation, a Quaker lobby in the public interest. www.fcnl.org