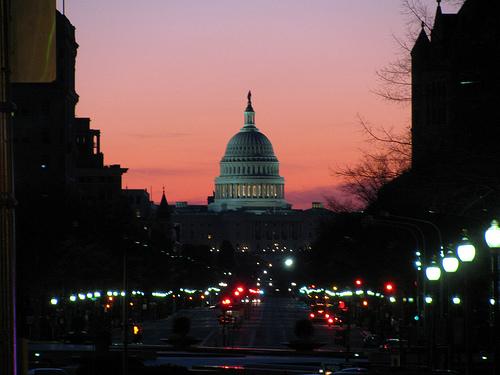 America is often No. 1 in ways we can't celebrate -- but the fight for real democracy, human solidarity, and devotion to the public good can change that.
By James Gustave Speth | October 3, 2012

This election season, both Republicans and Democrats are repeatedly reassuring us that our country is the best. In many ways, America surely is. But it’s important to be honest with ourselves.

The plain truth is that we’ve let conditions of life in America deteriorate across a broad front and they’re headed straight to a place we don’t want for our children and grandchildren. There’s another future, an enormously attractive one, that’s still within our power to build — but only if we mobilize and fight for it. 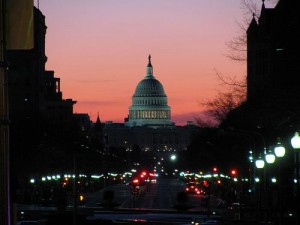 Let’s start by looking at the 20 top advanced democracies, including the United Kingdom, France, Germany, Japan, and Canada. Compared with our peer countries, the United States now ranks at or very near the bottom in a host of important areas.

We now have the highest poverty rate, both generally and for children, and the greatest income inequality. Perhaps not surprisingly, our government spends less on programs for the poor as a percentage of the overall economy (GDP) than any of the other advanced nations.

And despite having the world’s most expensive health care, we still have the highest rates of infant mortality, mental health problems, and obesity, along with the shortest life expectancy at birth.

Our role in the international community is also pretty dismal. We rank third from the bottom in spending on international development and humanitarian assistance as a percentage of GDP, but we spend by far the most on our military and sell more weapons than any other nation. Meanwhile, we’re the wealthy nation that’s least likely to ratify international agreements.

And the list goes on. We’re No. 1 among the world’s richest countries in many regrettable categories, including gender inequality, social immobility, homicides, and incarceration.

When it comes to the environment, Americans consume more water than anyone else and our carbon dioxide emissions are the world’s second highest per capita. We rank below our peer nations on the Environmental Performance Index, which is produced by researchers at Yale and Columbia Universities.

It’s not for lack of knowledge, technology, or thoughtful policy proposals that we face this overwhelming, colliding collection of problems. These shortcomings are the product of decades of conscious political decisions made by both Democrats and Republicans.

But we can still use our freedoms and our democracy to build an America we would be proud to pass on to posterity. We can realize a new American Dream if enough of us join together and demand real change.

This new dream envisions an America where the pursuit of happiness is sought not in more getting and spending but in the growth of human solidarity, real democracy, and devotion to the public good. It calls for a nation where the average American is empowered to achieve his or her human potential and where the benefits of economic activity are widely and equitably shared. It’s a land where the environment can sustain future generations and where the virtues of simple living, community self-reliance, good fellowship, and respect for nature prevail.

These American traditions may not be the norm today, but they’re being awakened across this great land. New ways of living and working, and sharing and caring are emerging across America. They beckon us with a new American Dream, one rebuilt from the best of the old, drawing on the best of who we were, are, and can be.

James Gustave Speth is the author of America the Possible: Manifesto for a New Economy, on which this article is based. www.AmericaThePossibleTheBook.com
Distributed via OtherWords (OtherWords.org)