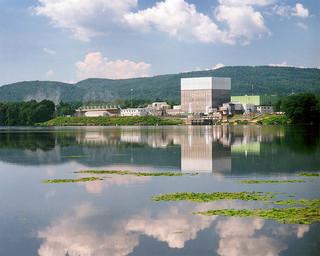 A Nuclear Strike on States’ Rights

Vermont's Yankee reactor would have closed this year had a power company kept a decade-old promise.
By Deb Katz | October 31, 2012

The 9/11 attacks made terrorist incidents at nuclear reactors appear much less hypothetical. After the nuclear disaster in Fukushima, Japan, concerned citizens grew more alarmed about the possibility of a catastrophic nuclear accident in our own country. Now, a struggle underway in Vermont over the future of its only nuclear reactor is highlighting the threat that power companies can pose to our democratic process.

Vermont’s Yankee nuclear power plant first went online in 1972. It was originally projected to shut down this year and Vermont’s legislature has overwhelmingly demanded that it cease operations. But in a gross violation of states’ rights, the courts and the federal government are overriding that choice.

The New Orleans-based power company Entergy has owned this systemically mismanaged reactor since 2002. When Entergy acquired Yankee, it agreed to a state approval process for a new permit to continue operating the reactor after 2012.

Public interest groups like mine — Citizens Awareness Network — then mobilized. First, we rallied around Act 160, a Vermont law that empowered the legislature to decide Entergy’s future by a vote in one or both houses of the legislature. The bill passed overwhelmingly and was signed into law in 2006. 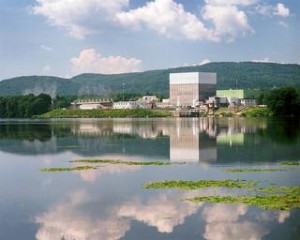 Entergy has itself to thank for that development. A series of safety failures demonstrated how dangerous nuclear power can be. So did the collapse of one of Yankee’s cooling towers, a transformer fire, and repeated and unending leaks from pipes the company claimed “never existed.”

To support its case for relicensing and prolonging the operational lifespan of its dangerous and unwelcome reactor, Entergy played on a series of fears. Vermonters were told our utility bills would skyrocket. Or, we’d have to burn our houses down to stay warm in winter. Or that there would be rolling blackouts. Or that our collective contributions to the scourge of climate change would grow.

Voters got the message, however, that the Yankee reactor generates only 2 percent of New England’s power, an energy source that could easily be replaced.

Clearly, Vermont would be better off without facing two more decades of safety hazards posed by an aging nuclear reactor.

In 2010, Vermont’s senate voted 26 to 4 to deny Entergy the ability to operate after its license expired. Again, Entergy has itself to thank for that legislative defeat. The vote occurred in the middle of a scandal over radioactive groundwater contamination from leaky underground pipes that Entergy officials had previously sworn under oath did not exist.

And Entergy’s response? It tried to override this historic vote. First it made a failed attempt to bring about a new vote on the same issue. Then, the company sued Vermont, beginning with a suit filed in Federal District Court. That court ruled against the state, but sent the case back to the state’s Public Service Board for review.

Convinced that the court’s ruling set a dangerous precedent and bolstered by overwhelming public support, Vermont appealed the decision. In addition, the board ruled against Entergy. But Entergy secured an injunction while it appeals that ruling.

Getting through the remaining legal hurdles will mean that the Yankee reactor won’t shut down in 2012 as it should.

With its abuse of our legal system, Entergy is trying to override the democratic process and shred the contract it signed with the state of Vermont a decade ago.

This isn’t just a fight over the future of nuclear reactors in the United States. Partly because of the states’ rights issues this situation encapsulates, nine other states have filed briefs in support of Vermont. So has the National Conference of State Legislatures.

We are at a tipping point. We have won a monumental victory, but we must continue to fight for what we know is right. Entergy will not give up, and neither can we.