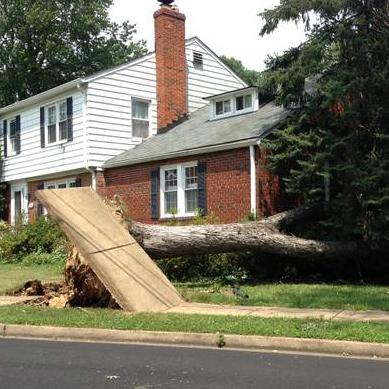 A Perfect and Hot Storm

It's time to save ourselves from a climate nightmare of our own making.
By Daphne Wysham | July 9, 2012

I was driving toward my home in the foothills of the Shenandoah mountains when the wind really started to worry me. It was blowing debris horizontally across Interstate 66 with gusts that were flying at over 80 miles an hour. Then lightning began forking all around. The night sky was ablaze. Large trees sprawled across several lanes of traffic. The rain pelted down so hard I couldn’t see further than a couple hundred feet.

“If you’re going through hell,” the Rodney Atkins country song goes, “Keep on going…You might get out before the devil even knows you’re there.”

If I kept going, I reasoned, I would get through the storm faster — it was coming from the west, where I was headed. I later recognized my dumb luck. I had taken an extraordinary chance by driving on. At least 13 other less fortunate people in Virginia died because of this storm. I merely came home to a house without power.

My luck continued. I had power the next day, but hundreds of thousands of others outside Washington, D.C., went without power for days in the region’s worst heat wave on record. In the nation’s capital, cell towers and other facilities that motor our smart phones and Internet connections were knocked out, choking off the wonders of modern communications. Drinking water was rationed in some areas.

This storm, a rare kind technically called a “derecho,” ripped through a large swathe of the Midwest and mid-Atlantic region. We may have to get used to this kind of thing.

This scorching summer is “what global warming looks like,” as a scientist quoted by the Associated Press plainly stated. As an expert on climate change, I agree. So, what’s our response? Now that it’s in the rear-view mirror, what have we learned from this storm?

We need to move beyond naming the crisis we are living through. Just as I had to confront my own reckless decision to drive through that vicious storm, all of us must begin accepting the huge and long-term costs of continuing with business as usual. 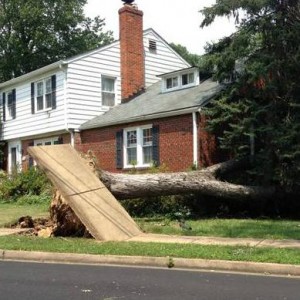 Economists now know with increasing precision exactly how much climate disasters are costing us. Conservative estimates put it on the order of $25 per ton of carbon emitted, reflecting lost agricultural productivity, storm damage, health impacts, and water shortages.

That’s nearly $250 billion in damages each year. We could start to cover this cost now by scrapping fossil fuel subsidies, which cost Uncle Sam up to $52 billion per year.

Solar and wind power may seem like pricey alternatives to you, versus energy derived from coal, nuclear reactors, oil, and gas. But they also don’t enjoy the same hefty subsidies. People, governments, and companies are spending countless dollars adjusting to the costs of a crisis of our own making. It’s a big gamble. In the best-case scenario, we may just throw out a refrigerator’s worth of spoiled food or spend a night or two in a hotel. In the worst-case scenario, the Earth will become uninhabitable.

Is it really more expensive to switch to greener power sources and drive less? When you add up all the costs of doing otherwise — no way. By investing in cleaner energy sources now, we can save the lives of countless innocent victims — perhaps even those we love the most — from storms that should only appear in our nightmares.

Daphne Wysham commutes to the Institute for Policy Studies in Washington, DC, in a car that gets more than 50 miles per gallon. www.ips-dc.org
Distributed via OtherWords (OtherWords.org)