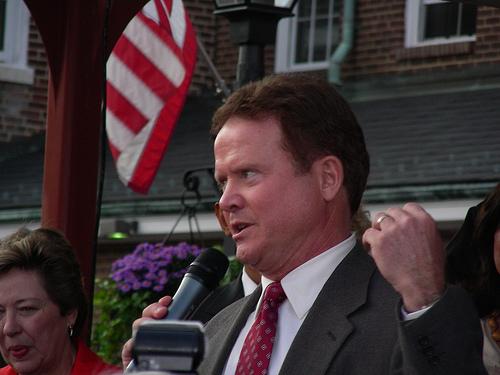 A Politician Who Distinguishes Fact from Fiction

Jim Webb would make a great Secretary of Defense.
By John Feffer | June 20, 2011

I’d like to propose a new electoral law that would require all Senate candidates to be novelists. If we had 100 novelists in the Senate, the body might finally be able, like Sen. Jim Webb, to distinguish fact from fiction.

Webb, a Virginia Democrat who has published six novels, announced in February that he wouldn’t run for a second term. Never a reticent fellow, he has spent the last few months being even more outspoken than usual. On Afghanistan, East Asian security policy, and Libya, Webb has challenged the Obama administration’s fictions. It’s refreshing to hear a critical voice in a body characterized these days by compliant Democrats and posturing Republicans.

Webb recently teamed up with Sen. Bob Corker (R-TN) to introduce a resolution calling on President Barack Obama to justify U.S. military actions in Libya. His administration, according to the War Powers Act, should have reported to Congress 60 days after initiating the military conflict in Libya but shrugged off that deadline.

Obama has argued that he has abided by the War Powers Act by consulting with Congress. In a stinging speech, Webb firmly disagreed: “The president followed no clear historical standard when he unilaterally decided to use force in Libya…And while he has discussed this matter with some members of Congress, he clearly has not formally conferred with the legislative branch.”

Webb’s position on the U.S. force structure in Asia is equally contrarian. In mid-May, he teamed up with Carl Levin (D-MI) and John McCain (R-AZ) to issue a statement offering an alternative to the current plan to build another U.S. military base in Okinawa and expand our facilities on Guam, an initiative the Obama administration has been hell-bent on pursuing over Okinawans’ fervent objections.

Wait a minute. Aren’t we living through a period of budget austerity that’s putting food stamps, Medicaid, and even Medicare on the spending-cuts table? The price tag for reorganizing the U.S. force structure in the Pacific is enormous — more than $27 billion. And, according to a recent Government Accountability Office report, this is probably a lowball estimate. But the Obama administration has closed its ears to the Okinawans, the Webb-Levin-McCain initiative, and the GAO.

A Vietnam veteran who served in the Reagan administration, Webb is no pacifist. But he centered his Senate bid on opposition to the Iraq War and famously butted heads with George W. Bush over the deployment of Webb’s son in that conflict. Webb’s relatively cautious statements about the Afghan War drew ire from his anti-war supporters as recently as this year.

Webb is still cautious on Afghanistan, tentatively backing the administration’s approach. But at a recent hearing, Webb wondered aloud whether the “clear and secure” U.S. strategy in Afghanistan has any real effect on an adversary that can pick up and move quickly to another part of the country or into Pakistan. And he received more press for pointing out that, “if there is any nation in the world that needs nation-building right now, it is the United States.”

Congressional opposition to the Afghan War is increasing alongside public opposition. Webb, who will be a free agent after this year, can and should take the lead in the Senate in pushing for a faster withdrawal from the country.

Contrast Webb’s positions with those of Defense Secretary Robert Gates. The Pentagon chief, who will leave his post on June 30, took some bold positions opposing certain expensive weapons systems. But he’s spending his final days in office fighting a rearguard battle. He has dismissed the idea of a substantial withdrawal from Afghanistan. He has chided European allies for cutting their military budgets. And he has fear-mongered about the dangers of the United States slashing Pentagon spending.

While Gates is spreading his soothing fictions, Webb is raising some uncomfortable facts. The Senate will be the poorer for his absence. If Obama wins a second term, perhaps Webb could return to the Pentagon as the Secretary of Defense to preside over the end of the Iraq and Afghan wars. Maybe he could also jumpstart the long-overdue dismantling of the military-industrial complex. That’s the kind of novel approach we need right now.

John Feffer is co-director of Foreign Policy In Focus at the Institute for Policy Studies. This op-ed is adapted from an essay that appeared in FPIF’s weekly World Beat newsletter. www.fpif.org