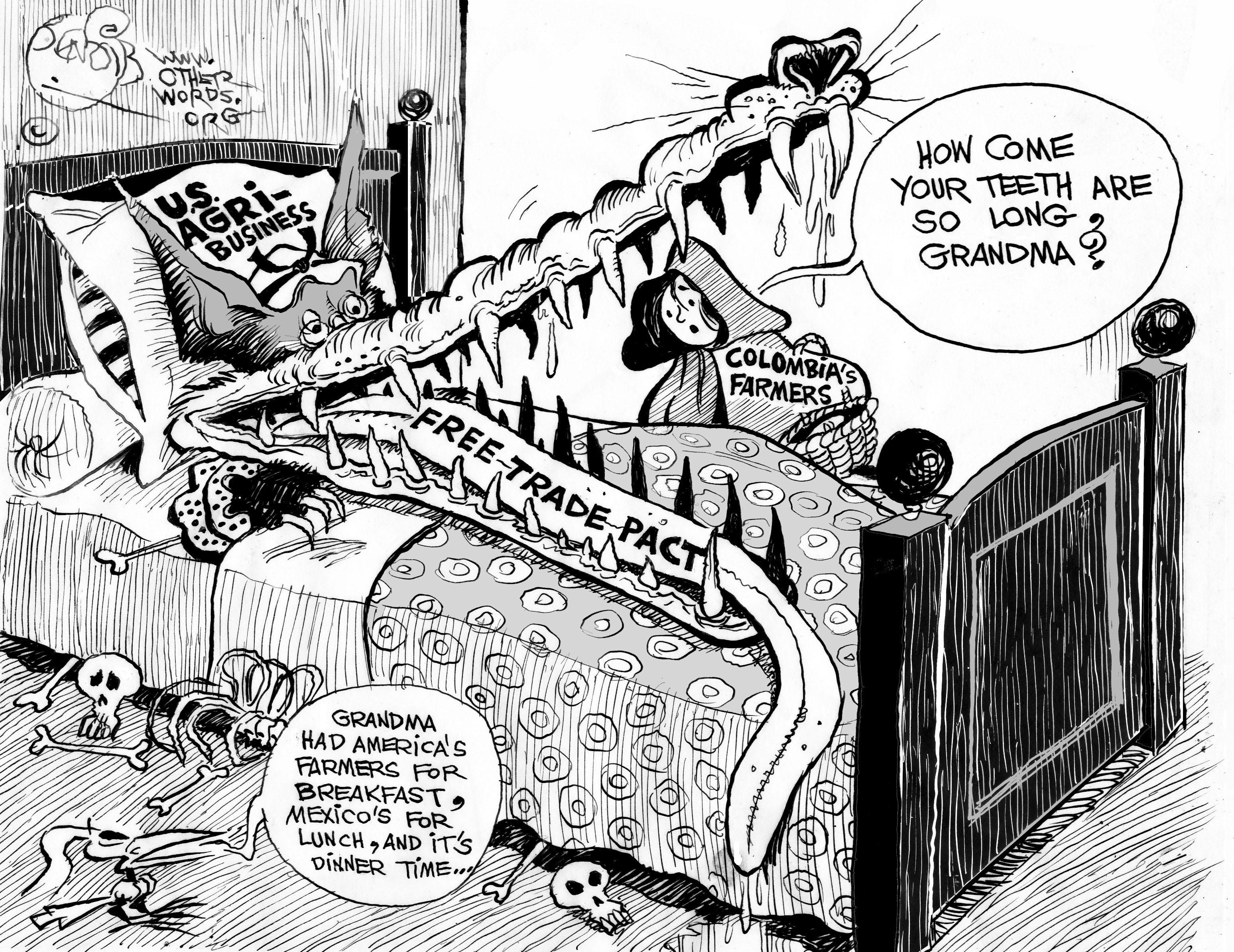 A Volatile Agenda on Agriculture

The U.S.-Colombia free trade pact would reinforce a system that leaves farmers and consumers at the mercy of volatile prices and markets.
By Karen Hansen-Kuhn | May 30, 2011

Barack Obama’s trade policy, as embodied by the pending U.S.-Colombia free trade agreement, sadly resembles George W. Bush’s blueprint. It promotes export growth and investment at the expense of local economies and resilient food systems. This is unfortunate, not only because it fails to deliver the “21st-century” trade agenda President Obama promised on the campaign trail, but also because it ignores some of the key lessons from NAFTA and the 2008 global food price crisis.

For decades, the primary problem for agriculture has been low prices, which compel farmers to continue to produce more and more to make up in volume what they lose in falling prices, and to seek ever expanding markets at home and abroad. Cheap imports have flooded developing countries, devastating poor, small-scale farmers, while failing to stabilize incomes for American growers. 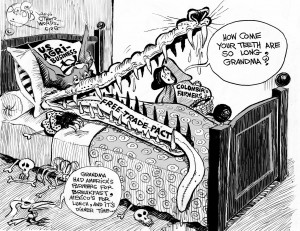 Trade policy isn’t neutral. It’s a specific set of rules that tend to favor specific actors. Rather than learning the lessons of the 2008 food price crisis — that governments need the ability to shield key markets from extreme volatility — this agreement simply replicates the 20th-century model.

Like NAFTA did for Mexicans, the U.S.-Colombia agreement would subject Colombian farmers to immediate competition from U.S. exports. Duties on 70 percent of U.S. farm exports of wheat, barley, soy, and most processed foods would be eliminated immediately. The deal would also abolish Colombia’s “price bands,” which kick in to protect local farm goods when prices fall.

While prices are high for now, many Colombian farmers will find it difficult to compete with goods whose prices can vary so dramatically. As in Mexico under NAFTA, tariffs on corn and a few other sensitive products will be phased out over a longer period. In Mexico, NAFTA pushed more than two million farmers out of agriculture. That shows how even a long transition may be inadequate when no real alternatives for rural employment exist. Many of those farmers were compelled to migrate to urban areas or the United States to find work.

The Obama administration says that this trade deal will help the South American nation, citing the Colombian government’s proposals to restore lands to people displaced by civil conflicts. Yet there’s no assurance that farmers facing competition from U.S. exports or new investments facilitated by expanded trade would be able to stay on their land.

In the wake of the free trade pact among the United States, Central America, and the Dominican Republic known as DR-CAFTA, the non-profit group ActionAid documented numerous cases of Guatemalan farmers who were pressured by palm oil and sugar producers to sell their land to make way for industrial-scale production of a single crop. Many of these farmers had been granted titles in the wake of that country’s civil war, only to lose them again when inadequate access to credit and other inputs made it impossible for them to earn a living.

This export-led model has a downside for U.S. farmers too. Despite rising agricultural exports, the number of small, commercially viable American farms has dropped by 40 percent in the last 25 years. Very small farms serving local markets (and relying on off-farm income) and very large farms have increased substantially.

U.S. farmers, like their Colombian counterparts, need reliable public support and consistent market signals so that they can invest in local, regional, and national food production to feed their communities and their nations. Trade should supplement local food systems, not seek to replace them. The U.S.-Colombia pact would reinforce a system that leaves farmers and consumers at the mercy of volatile prices and markets. Instead, we need a new approach that ensures fair, healthy, and resilient food systems for all.

More than two years into the Obama administration, we’re still waiting for a 21st-century trade policy.