Add Korea to the Axis of Diplomacy

Women are stepping in to try something different on the Korean peninsula.
By Medea Benjamin | May 13, 2015

The White House accused that ominous-sounding triumvirate of funding terrorism and developing weapons of mass destruction. The goal was to garner public support for the “war on terror” that’s devastated the Middle East and militarized U.S. foreign policy.

After a decade of disastrous military interventions, the Obama administration has been experimenting with a different way to deal with adversaries: diplomacy. Already this approach is bearing fruit with Iran and Cuba. Now it’s time to chart a diplomatic roadmap in another region with long-festering hostility: the Korean peninsula.

Sixty-two years ago, the United States and North Korea signed the Korean Armistice Agreement to stop the horrific fighting between the U.S.-backed South and the Soviet-backed North that was responsible for the deaths of nearly 4 million people.

But a peace treaty never followed. Border tensions, war games, skirmishes, infiltrations, and defections continue to divide Korean families and keep the peninsula on the edge of conflict.

“If you’ve done the same thing for 50 years and nothing has changed, you should try something different,” President Barack Obama said recently of Cuba. The same is true with North Korea. Isolating and condemning Pyongyang while preventing contact between ordinary citizens has certainly not helped to open the reclusive regime or bring peace to the peninsula. 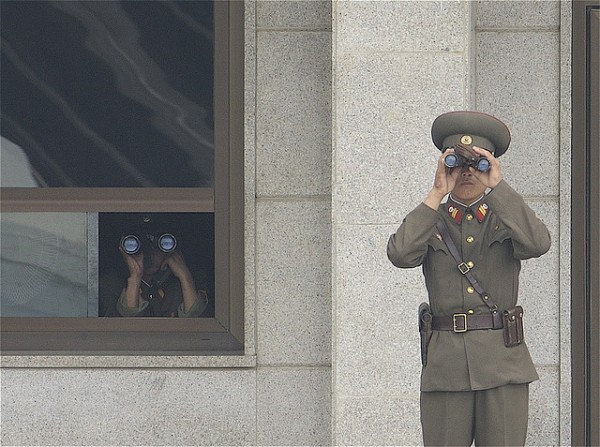 So a group of international women is stepping in to “try something different.” On May 24 — International Women’s Day for Peace and Disarmament — I’ll be one of 30 women from 15 countries who will engage in an historic march from North to South Korea, crossing the “Demilitarized Zone” (DMZ) along the border.

That’s an ironic misnomer, since the DMZ is actually the most militarized border in the world. It’s flanked with cluster bombs, landmines, armed troops, barbed wire, and surveillance equipment.

This will be only the third time in 70 years that an international group has crossed it. We’ll also hold international peace symposiums in both Pyongyang and Seoul, where we can listen to Korean women and strategize about peace initiatives.

We aim to call attention to the unresolved issues between North and South Korea — issues that have led to provocative annual U.S.-South Korea military exercises, North Korea’s nuclear weapons program, and a rampant arms race in Northeast Asia.

Ultimately we want help bring about a peace accord that would begin the process of reconciliation on the peninsula, including the reunification of millions of Korean families.

Women were key to facilitating the peace process after decades of fighting in Northern Ireland. Women brought the warring parties of the Second Liberian Civil War to the negotiating table, ending years of bloodshed. And now, women are putting a global spotlight on Korea.

This brave band of women is forging a path we hope others will follow. If Obama would add Korea to his administration’s ongoing initiatives on Iran and Cuba, this axis of diplomacy could become his most lasting legacy.

Medea Benjamin is cofounder of www.codepink.org and www.globalexchange.org. Her latest book is Drone Warfare: Killing by Remote Control.
Distributed by OtherWords.org.