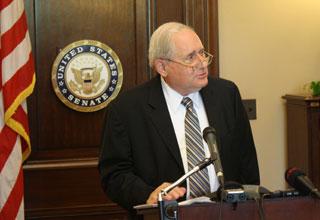 If the companies that offshore their profits and design tax scams paid their fair share, we might not have a budget crisis.
By Chuck Collins | July 25, 2011

Like a pack of men in suits mud wrestling, Washington’s budget battle would be entertaining to watch if we the people weren’t about to get hurt.

The zeal of Republican lawmakers and their compliant counterparts in the Democratic Party to slash spending on Medicare, Medicaid, Social Security, and other essential programs will lower the quality of life in our communities and take a toll on public health.

Off to the side of the mud pit, however, is a $1 trillion dollar idea that would support patriotic U.S. businesses, discourage job exports, and restore fairness to our tax system. It’s an idea that already commands widespread public support. It deserves broad bipartisan political support too.

In the last two weeks, congressional leaders, led by Democrats Carl Levin of Michigan in the Senate and Lloyd Doggett of Texas in the House, have introduced an updated version of the “Stop Tax Haven Abuse Act.” Their proposal would shut down the offshore tax loopholes that encourage corporate tax dodging.

Over the last year, we’ve learned that there are dozens of profitable and prominent U.S. companies that pay either no or very low corporate income taxes. These include Verizon, General Electric, Boeing, and Amazon. One of these companies’ common gimmicks is to shift profits to subsidiaries in low-tax or no-tax countries like the Cayman Islands. They pretend corporate profits pile up “offshore” while their losses accrue in the United States, reducing or eliminating their company’s obligation to Uncle Sam. 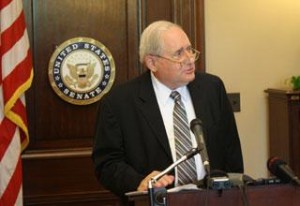 Yet these same companies use our public infrastructure, hire workers trained in our schools, and depend on the U.S. court system to protect their property. Our military defends their assets, yet they’re not paying their share of the bill. In wartime, the unequal sacrifice and tax shenanigans of these companies are very unseemly.

Corporate tax dodging hurts Main Street firms that are forced to compete on an unlevel playing field. “Why should we be subsidizing U.S. multinationals that use offshore tax havens to avoid paying taxes?” asked Frank Knapp, CEO of the South Carolina Small Business Chamber of Commerce at a press conference where the legislation was introduced.

The Stop Tax Haven Abuse Act would end tax games that are costly, harmful to domestic U.S. businesses and workers, and blatantly unfair to those of us who pay our fair share of taxes. These same offshore systems facilitate criminal activity, from drug money laundering to terrorist financing networks. Smugglers, drug cartels, and even terrorist networks like al-Qaeda thrive in secret offshore jurisdictions where individuals can hide or obscure the beneficial ownership of bank accounts and corporations to avoid any reporting or government oversight.

The offshore system has spawned a huge tax-dodging industry. Its teams of lawyers and accountants add nothing to the efficiency of markets or products. Instead of making a better widget, companies invest in designing a better tax scam. Reports about General Electric’s storied tax dodging dramatize the ways that modern multinationals view their tax accounting departments as profit centers.

The combination of federal budget concerns and a growing public awareness of corporate tax avoidance promises to focus greater attention on this proposal than past years.

As leaders in Congress debate how to wring out $2 trillion to $4 trillion in deficit reductions over the next decade, this legislation should be at the top of the bipartisan list. The Stop Tax Haven Abuse Act would generate an estimated $100 billion in revenues every year. That’s $1 trillion over the next decade.

Lawmakers should also reject calls, currently being debated in Congress, for a tax holiday for corporate tax dodgers. A coalition of global companies, including Google, Apple, and drug giant Pfizer, have stashed an estimated $1.2 trillion in profits offshore. They want to repatriate their profits at drastically reduced tax rates.

Congress should vigorously oppose a “tax holiday” for these tax dodgers. Instead of rewarding fiscally irresponsible behavior, lawmakers should fix the root cause of the problem and outlaw tax haven abuse.

Chuck Collins is a senior scholar at the Institute for Policy Studies, where he co-edits the online resource www.inequality.org.