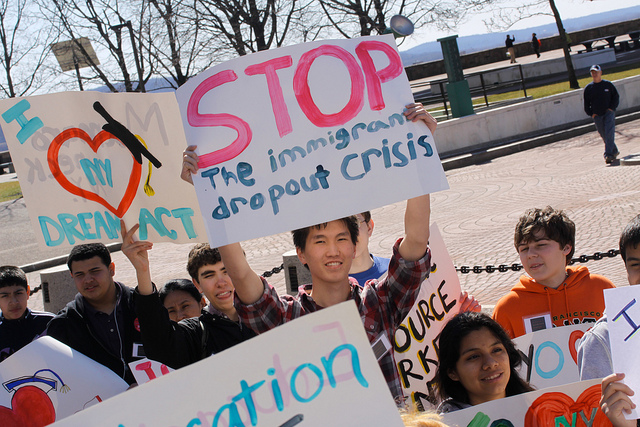 Thousands of undocumented immigrant students who work hard and play by the rules are being denied the fruits of their labor.
By Cecilia Velasco | March 11, 2015

One of the most important lessons I learned growing up was that if I played by the rules and worked hard, I could accomplish anything.

This was — and still is — an American value taught to all children who grow up in this country and attend our public education system.

But what happens when some of those kids who are working hard to fulfill the American dream are undocumented immigrants?

Approximately 1 million undocumented children aspire to go to college in the United States. They want to serve and protect this country they call home as doctors, teachers, or engineers.

Doesn’t this fundamental American value apply to them?

I’ve been thinking about this since I saw the movie Spare Parts.

A dramatic film rooted in a true story, Spare Parts epitomizes the triumphs and struggles of our nation’s hardworking undocumented students. 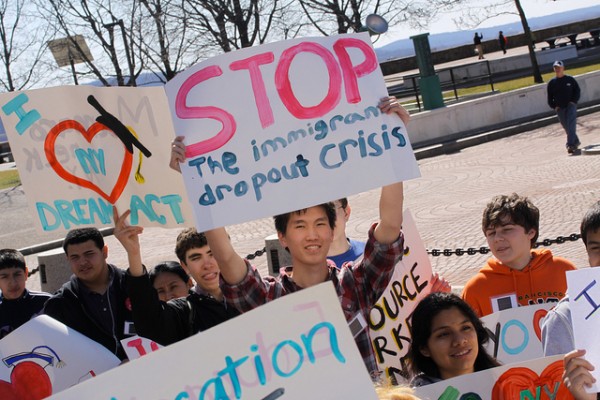 On the surface, Spare Parts is a classic underdog story. It chronicles four undocumented Arizona high school students who rocked the geek world when they beat a team from MIT in an underwater robotics contest.

But the movie digs deeper into this unlikely victory. It depicts the immigration struggles these young people endured as they tried to beat the other odds systematically stacked against them.

Oscar, the group’s charismatic leader, aspires to serve in the Army. His dream gets deferred when he can’t supply the required documentation.

Cristian, the group’s biggest braniac, gets bullied at school. He’s being raised by a single mother and sleeps in a converted shed.

Competing in the robotics competition gives them a chance to overcome these struggles. They want nothing more than to chart their own future.

Although the movie ends with the group winning first place in the competition, there’s much more to their story that viewers didn’t get to see.

Oscar graduated with an engineering degree from Arizona State University. He got married and had a daughter, but immigration authorities forced him to leave the country when he sought to normalize his status.

He wound up working in the fields in Mexico before Senator Dick Durbin intervened to get him documented. He subsequently joined the Army and served a tour in Afghanistan.

Cristian attended the same university but had to drop out after the state doubled tuition costs for undocumented students.

These real-life struggles are commonplace. Every year, around 65,000 undocumented high school graduates face this roadblock. They have dreams of attending college, but aren’t able to because of their undocumented status.

And here’s one of the biggest tragedies: A large portion of the few who do make it through college aren’t able to work in their professions after they graduate.

Can you imagine having an engineering diploma gathering dust in your closet?

Thousands of undocumented students have worked hard and played by the rules, yet they’re denied the fruits of their labor. This isn’t just their loss. Our economy, society, and country also lose out.

When Birdman director Alejandro González Iñárritu won the Academy Award for best picture this year, he made sure that Hollywood knew this is going on by dedicating his Oscar to his “fellow Mexicans” on both sides of the border.

“I just pray they can be treated with the same dignity and respect as the ones who came before and built this incredible immigrant nation,” he said.

I hope that people everywhere heard his message loud and clear.

Cecilia Velasco is a New Mexico fellow at the Institute for Policy Studies (ips-dc.org).
Distributed by OtherWords.org.