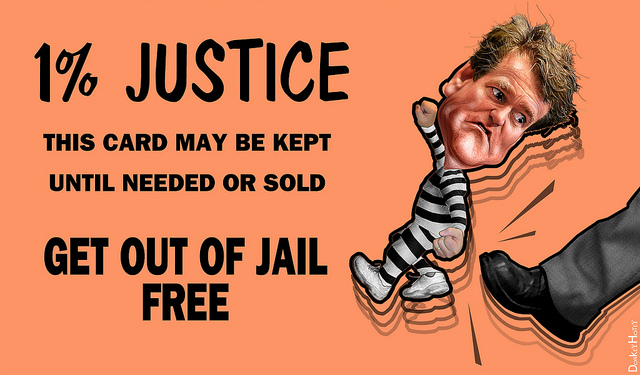 An Escape Hatch for Corporate Cons

“Do the crime, do the time,” goes the old saying.

Unless, of course, the criminals are corporate executives. In those cases, the culprits are practically always given a “Get Out of Jail Free” card.

Even the corporate crimes that produce horrible injuries, illnesses, and deaths are routinely settled by fines and payoffs. There’s often no punishment at all for the honchos who oversee what amount to crime-for-profit syndicates.

The only bit of justice in these settlements is that some of them have become quite large, with regulators imposing multibillion-dollar “punitive damages” to deter the perpetrators from doing it again.

Yet the same bad corporate actors keep at it. 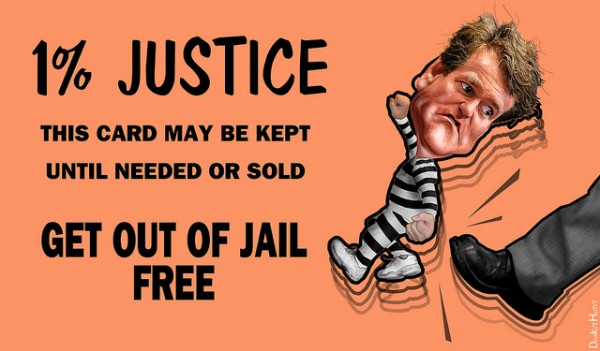 What’s going on here is a game of winking and nodding in which corporate criminals know that those headline-grabbing assessments come with a secret escape hatch.

In fact, Congress has generously ensured that corporations can deduct much of their punitive payments from their income taxes. As Senator Patrick Leahy points out, “This tax loophole allows corporations to wreak havoc and then write it off as a cost of doing business.”

For example, oil giant BP certainly wreaked havoc with its careless oil rig explosion in 2010, which killed 11 workers, deeply contaminated the Gulf of Mexico, and wrecked the livelihoods of millions of people along the Gulf coast.

BP was socked with a punishing payout topping $42 billion. But — shhhh — 80 percent of that is eligible for a tax deduction.

Leahy has introduced legislation to lock down this escape hatch for thieves, killers, and executive-suite villains. For more information on the moral outrage of forcing taxpayers to subsidize corporate criminals, contact the U.S. Public Interest Research Group at www.uspirg.org.