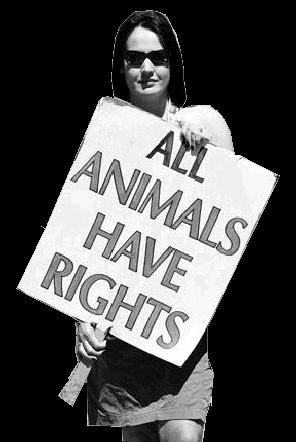 I was three weeks away from taking the Law School Admissions Test in 2004 when I was arrested and charged with domestic terrorism.

I hadn’t hurt anyone or vandalized any property. In fact, the indictment didn’t allege that I’d committed any independent crime at all, only that I’d “conspired” to publish a website that advocated and reported on protest activity against a notorious animal testing lab in New Jersey. 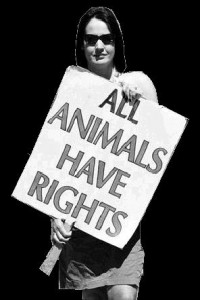 In March of 2006, I was convicted of “animal enterprise terrorism,” sentenced to 52 months in prison, and ordered to pay $1 million in restitution to the lab for increased security, management time spent dealing with protests, and legal fees incurred obtaining injunctions against me and other protesters.

Incidentally, I’d been planning to focus on free speech when I got to law school.

Needless to say, now that I’ve finished serving my sentence at the federal prison in Danbury, Connecticut, I’m more than a little wary of continuing my activism, as I fear that my speech may once again be deemed terrorism.

That’s why, as a plaintiff in a lawsuit filed by the Center for Constitutional Rights in Massachusetts on December 15, I’ve asked a federal court to strike down the Animal Enterprise Terrorism Act (AETA) as an unconstitutional infringement on free speech. This law punishes anyone who causes the loss of property or profits to a business or institution that sells animals or animal products, or to any business “connected to” an animal enterprise.

In short, it recasts as “terrorism” one of the primary purposes of protest and provides special protection to a particular class of businesses. This is no surprise. The Fur Commission USA, the National Cattlemen’s Beef Association, United Egg Producers, Pfizer, GlaxoSmithKline, and other pharmaceutical companies — all of which are protested by animal rights activists — lobbied heavily for the AETA.

The campaign I was involved in when I got arrested was enormously successful. Dozens of investors, customers, and service providers abandoned the New Jersey lab. It nearly went out of business several times, due in no small part to vigorous protests around the country.

The speech on our website was indeed controversial. When anonymous activists liberated 14 beagles from the lab, we cheered. When protesters demonstrated outside lab employees’ homes, we applauded.

This is the First Amendment’s strength — not its limit. The First Amendment doesn’t just protect uncontroversial speech. It protects speech that’s unpopular, contentious, and even shocking.

As the Supreme Court recognized more than 60 years ago, speech may “best serve its high purpose when it induces a condition of unrest, creates dissatisfaction with conditions as they are, or even stirs people to anger.”

The animal rights movement will continue to induce unrest, as have countless other protest movements throughout history, and as the Occupy movement is doing today. But creating unrest isn’t terrorism, Unrest is the growing pain of extending rights, expanding compassion, and creating a better world.

When the government protects powerful corporate interests from powerful social movements, America abandons its high purposes, and we resign ourselves to conditions as they are.

Lauren Gazzola served 40 months in the federal prison in Danbury, Connecticut for publishing a website that advocated and reported on protest activity against an animal testing lab. Learn more about the movement to abolish the Animal Enterprise Terrorism Act at http://abolishtheaeta.org
Distributed via OtherWords (OtherWords.org)