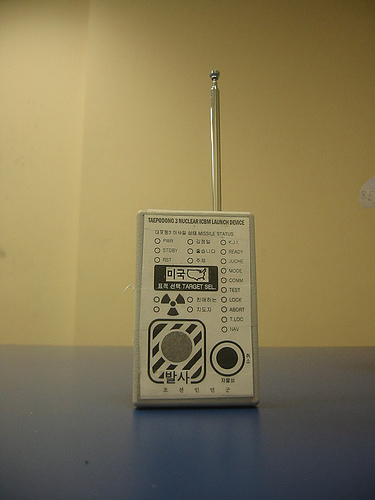 The Obama administration is pursuing a policy of "strategic patience," the equivalent of doing nothing.
By Lt. General (USA, Ret.) Robert G. Gard, Claudia Cheffs | May 7, 2014

South Korea and U.S. intelligence sources believe that North Korea is on the brink of another nuclear test. What is Washington doing to stop it? Very little. Washington hasn’t even picked up the phone to call Pyongyang.

Defense Secretary Chuck Hagel has responded by sending two destroyers to Japan and urging Chinese leaders to restrain North Korea. Relying on China may appear sensible, but it’s ineffective. As North Korea’s ally and the second-biggest U.S. trade partner, China is caught in the middle.

In 2008, then-Senator Barack Obama advocated sustained, direct, and aggressive diplomacy with North Korea. Yet his administration has been pursuing a policy of “strategic patience,” the equivalent of doing nothing.

U.S. citizens should worry about this abdication of responsibility. A North Korean nuclear catastrophe could result in radiation spreading across the Pacific with levels worse than Chernobyl.

Also, while North Korean missiles don’t yet have the capability to reach the continental United States, a conflict with South Korea or Japan would result in the deployment of additional American troops, who would face the danger of employment of nuclear explosives by North Korea.

As his administration pivots toward Asia, President Obama should accept the North Korean overture to reopen dialogue with Pyongyang to minimize the risks involving its nuclear program, thereby enhancing the security of the United States, its Asian interests, and its Pacific allies.

George W. Bush’s administration reversed its previous refusal to negotiate with North Korea in 2005. That was the year the Six-Party Talks resulted in an operative Statement of Principles to facilitate negotiations, at a time when Pyongyang was in the initial stages of building its nuclear capabilities.

It’s time to put North Korea back on the foreign policy agenda and re-engage it in serious and responsible negotiations.

Given Chinese support for North Korea, heavy sanctions won’t compel Kim Jong Un to comply with American preferences or engage in negotiations on dictated terms. However much the United States may detest the authoritarian North Korean regime, it’s in America’s interest to engage in a dialogue to protect its national security and that of its Asian allies.

Refusing to negotiate with the North Koreans unless they make concessions dictated by Washington is counterproductive. Watchful waiting simply results in further advances in the North Korean nuclear weapons program, making America and its allies less secure. Kim Jong Un is willing to talk, and it’s in America’s interest to pick up the phone and call him.

Lt. General Robert Gard is former president of National Defense University and a combat veteran of the Korean War. Claudia Cheffs is a researcher at the Center for Arms Control and Non-Proliferation.
Distributed via OtherWords.org