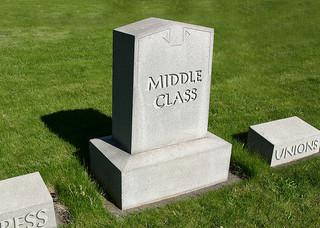 Another Side of Inequality

A vast gulf between the rich and the rest of us is incompatible with democracy.
By Sam Pizzigati | November 21, 2012

The Center for Budget and Policy Priorities and the Economic Policy Institute have just released a study that illustrates the severity of both these gaps, on a state-by-state basis.

In 15 different states, our most affluent 20 percent now average over eight times the income of our poorest 20 percent, the two think tanks explain in their new report, Pulling Apart. Back in the late 1970s, not one single state had a top-to-bottom ratio that large. 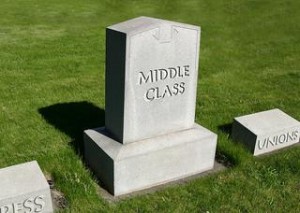 After adjusting for inflation, the nation’s richest fifth of households have seen their incomes rise an average $2,550 each year since the late 1970s. Average incomes in the nation’s bottom fifth have increased just $1,330 for those entire three decades.

All these figures, Pulling Apart emphasizes, understate the real gap between our affluent and everyone else. The report’s data come from surveys the Census Bureau conducts every year. These surveys don’t take into account income from capital gains, the profits from buying and selling assets.

Capital gains income, the report notes, flows “overwhelmingly” to America’s most affluent. In 2012, 87 percent of all capital gains “will go to families in the top 5 percent of the U.S. income distribution.” The gaps detailed in the report would be substantially wider if it took this income into account.

But do these gaps, in the end, matter all that much? The researchers behind Pulling Apart have a clear answer. Rising inequality, they contend, “adversely affects our economy and political system.” The most basic problem with growing income gaps? They eat away at our social cohesion.

In a democracy, civics textbooks tell us, people come together to discuss, debate, and decide solutions to common problems. But this democratic deliberation only works effectively when most people have the same problems in common. In deeply unequal societies, they don’t. The rich in these societies live apart, in their own private universes.

These wealthy people “become increasingly isolated from poor and middle-income communities,” Pulling Apart‘s authors observe. One example: They send their children to private schools and “lose sight of the need to support public schools.”

“As a result,” the report explains, “support for the taxes necessary to finance government programs declines, even as the nation’s overall ability to pay taxes rises.”

The encouraging news? We may still have gridlock in Washington, but states, individually, can take steps to reduce inequality. States can enact minimum wages higher than the federal minimum wage rate. They can de-emphasize sales taxes and rely more on taxing the income of ultra-wealthy households.

OtherWords columnist Sam Pizzigati is an Institute for Policy Studies associate fellow. His latest book is The Rich Don't Always Win: The Forgotten Triumph over Plutocracy that Created the American Middle Class. OtherWords.org