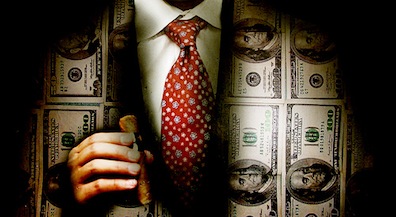 Are We Doomed to Ever More Inequality?

New research suggests that we're certainly headed that way unless we go beyond token changes.
By Sam Pizzigati | February 5, 2014

America’s ongoing debate over economic inequality may be turning a new page.

Starting in the 1980s, during the debate’s first chapter, pundits and policymakers battled over whether the United States was in fact becoming more unequal. This initial debate is over now. No serious analyst argues any longer that the gulf between America’s rich and everyone else hasn’t jumped substantially.

The debate’s second chapter — over the impact of the wealth of the ultra-rich — is still playing out. A decade ago, mainstream orthodoxy held that we didn’t need to worry about how much wealth the ultra-rich were amassing. We needed to focus instead — and only — on creating opportunity for people at the bottom of the economic ladder. 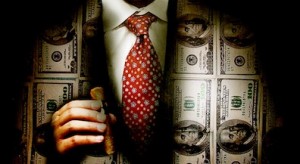 This perspective has lost substantial ground. Most top analysts now agree that we endanger our democracy and destabilize our economy whenever we let income and wealth concentrate.

Before World War II, that seemed to be the case. Deep inequality and equally deep economic crises appeared inevitable in market economies. Then, in the decades right after World War II, everything seemed to change.

The United States became significantly more equal. The wealthy saw their share of national income plummet. A new prosperous mass-middle class took shape, first in the United States and then across the developed world.

Enter the French economist Thomas Piketty, a global superstar on matters of distribution. A dozen years ago, a Piketty book on French incomes helped revolutionize how researchers calculate — and think about — the incomes of society’s richest.

All those numbers you see about the incomes of America’s top 1 percent? They typically trace back to Piketty’s pioneering work. Now this French scholar has a new book, due out this March in English, and some of the world’s most respected experts on inequality are positively swooning over it.

The World Bank’s Branko Milanovic has dubbed Piketty’s new work, Capital in the Twenty-First Century, “one of the watershed books in economic thinking.”

Piketty’s analysis actually begins back in the 18th century. This historical sweep helps him present equality’s mid-20th century heyday as an “unrepeatable phenomenon,” the product of cataclysmic world war and severe shocks to the body politic.

In the mid-20th century epoch, Piketty details, the economies of major developed nations grew at a faster rate than the return the wealthy could collect from their income-producing assets. That had never happened before — and hasn’t since. The return from capital — the income that asset ownership generates — has always outpaced the overall economic growth rate.

Why does this matter? The wealthy own a disproportionate share of society’s assets. If the income these assets generate is rising faster than the economy is growing, society’s wealth will inevitably end up concentrating at the top, as we’ve seen over the past four decades.

Left uninterrupted, Piketty argues, this dynamic might well return us to levels of inequality last seen in 19th-century Europe, a time when the top 1 percent held 60 percent of all wealth — almost double the share of national wealth America’s current top 1 percent holds.

What will it take to interrupt this intense wealth concentration? Nothing short of full-throttled redistribution, says Piketty. We would need to levy a progressive wealth tax on a global scale to prevent the world’s super rich from shifting their assets to low-tax havens.

Piketty’s work, in effect, changes our frame of reference. If modern market economies generate growing inequality as a matter of course, then reversing that inequality will take a great deal more than a few tweaks around the edges.