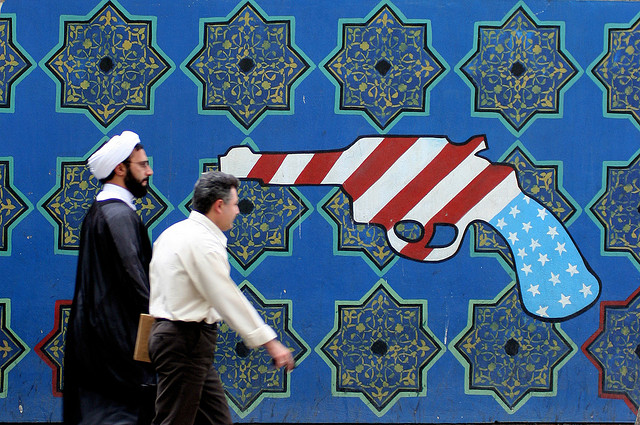 Argo and the Roots of U.S.-Iran Tensions

Argo illustrates the power of movies about past traumas but Americans need to dig deeper to understand why relations with Iran remain strained today.
By Narges Bajoghli | December 26, 2012

The box-office hit Argo brings back long-faded memories of the Iran hostage crisis for many Americans.

Argo traces the less-familiar story of the six mostly junior diplomats who went into hiding after the embassy was invaded. Director Ben Affleck also plays Antonio “Tony” Mendez, a CIA agent who has what he calls “the best bad idea” for spiriting the six to safety. Mendez travels to Iran in the guise of a Canadian film producer scoping out sites for a science fiction blockbuster. The six stranded Americans escape by posing as members of the crew. Yes, the ploy sounds ridiculous, but this thriller is based on a true story first described in Wired Magazine and Oscar-watchers expect it to amass many Academy Award nominations.

Under Affleck’s direction, you’re on the edge of your seat. But there’s no denying that this nail-biter has a major weakness: racism. It bombards the audience with scenes depicting Iranians as a uniform mass of angry, violent revolutionaries. They seem to only chant and scream nonsense because no subtitles run during protest scenes, nor does the non-Persian-speaking viewer get a translation of most of the dialogues in which Iranians have lines. Instead, the Iranians in the film are flat, menacing characters. 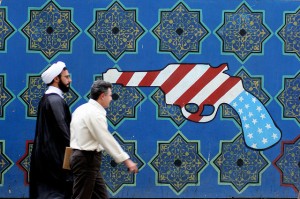 Though the story of the hostage crisis deserves to be told, I can’t help but wonder if Argo draws a simple line of causation between the storming of the American Embassy in Tehran and the enmity between the two countries. Today’s impasse between Washington and the Islamic Republic of Iran owes much more to a second, deeper trauma.

Less than a year after the embassy takeover, Saddam Hussein’s army invaded Iran. The Iran-Iraq war fueled a bustling arms trade, including the illegal chemical weapons sold to Iraq by the West. Iraqi forces fired thousands of mustard gas and other chemical shells at Iranian soldiers during the course of the eight-year war, completely flouting international law.

These lethal weapons were also used more than 30 times on residential areas in Iran, as well as in the Iraqi Kurdish town of Halabja, where more than 5,000 civilians were killed in 1988.

U.S. and European companies supplied the materials Iraq used to make chemical weapons. To date, no company has been prosecuted in international courts for its involvement in this commerce.

The United States officially tilted toward Saddam Hussein during the Iran-Iraq war, but President Ronald Reagan cut arms deals with Iran, too. Why? It gave the Reagan administration a way to secure the release of other hostages in Lebanon and to bypass a congressional ban on supplying the Nicaraguan anti-government rebels known as “Contras” with weapons.

Most egregious, however, was the Western indifference to Iraq’s repeated chemical weapons use. The United Nations spurned Iranian requests for official investigations until three years after the poisons initially appeared on the battlefield. Eventually, UN teams exposed Iraq as having violated the 1925 Geneva Protocol, but the United States and other key member states ignored the finding.

Americans haven’t forgiven Iran for the hostage crisis. And the Islamic Republic deeply distrusts Washington partly because of its complicity and silence while Saddam’s forces blanketed Iranian lands with poisonous gas.

Meanwhile, survivors of these vicious weapons live in constant pain. Their eyes water and burn, their bodies are racked by coughing, and they’re highly susceptible to cancer and other diseases. In a cruel twist of fate, many are now denied the medicine they need by U.S. sanctions against Iran.

Argo illustrates the power of films about past traumas and their potential to help us understand current crises. When it comes to Iran-U.S. relations, however, we need a more complete story.

To avoid another disastrous war in the Middle East, Americans and Iranians must be willing to see the validity of each other’s history — and, yes, feel each other’s pain.

Narges Bajoghli is director of The Skin That Burns, a documentary about survivors of chemical warfare in Iran. theskinthatburns.com
Distributed via OtherWords. OtherWords.org