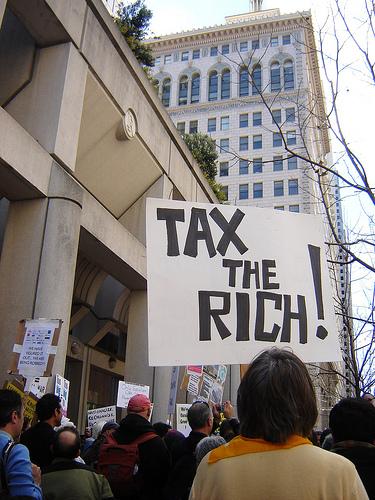 Ask the Columnist: A Primer on Wealth and Taxes

It's not fair to ask sacrifices only from those least able to afford it simply because they have the least political power.
By Donald Kaul | November 7, 2011

In response to my now famous “the-class-war-is-over-the-rich-guys-won” column, a gentleman from Kentucky writes a rather snarky letter posing several piercing questions that I will now answer:

A: There’s no set number for richness. Generally, 250-grand a year is a good wage, but if you have four kids who expect to go to a good college, you are a long way from rich. If you’re single making the same wage, you at least have no trouble seeing rich from where you stand. 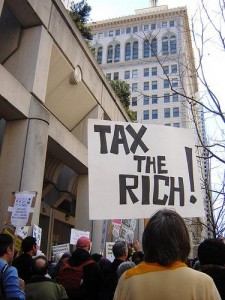 If, on the other hand, your kids have escaped college and you live in a nice house and have a nice second house (and a boat) at a vacation retreat, and you belong to one of the better country clubs in town, and head waiters at the best restaurants know your name, you’re probably rich.

If politicians want to have their picture taken with you, rather than the other way round, you are definitely rich.

A: That too is an impossible figure to quantify. Where do corporations fit in your tax world? Should they be taxed too or should they, like GE last year, get off scot-free?

If you filtered out all the tax breaks, unwarranted deductions, and subsidies available to the rich and corporate (the courts tell us that corporations are people too, you know), you’d have some idea of what aggregate income is in this country and could start allocating taxes justly. Right now we’re flying blind.

Q: At what income level should people begin to contribute through taxation?

A: This question assumes that poor people who don’t pay income taxes are untaxed. They aren’t. They pay Social Security taxes, gas taxes, property taxes (either directly or indirectly), and sales taxes.

They are exempted from income taxes because they have so little income. That’s why they call them “poor.” I’ll give you this, though: they don’t pay many luxury taxes.

Q: How many “poor” people have ever hired someone or given someone a job?

A: All of them. Every time they buy a bottle of milk, or purchase a lottery ticket for that matter, they contribute to the economy. When enough of them do it, somebody gets hired.

(I’d be grateful if the Kentucky gentleman could point out a corporation that is “giving” people jobs. I thought people earned jobs.)

Q: Name a corporation/business that doesn’t factor taxes into the cost of doing business and therefore into what the public (including the poor) pays for their product or service.

A: They all try to, but it’s harder than you think. Pricing is as much art as science; failure to master it is one of the chief factors that send young, promising firms into bankruptcy.

Generally speaking, corporations charge as much as they think they can get away with. There’s some play in that number of course, and when taxes or labor costs or the costs of materials rise, they try to raise prices accordingly. Sometimes it works, sometimes it doesn’t.

But believe this, if a corporation can make a widget for $10 and sell it for $20, it will. And if it finds that it can sell that same widget for $100, it will do that too, regardless of taxes. It’s called capitalism.

The issue that underlies these questions is the fairness of progressive taxation: making richer people pay more of their income in taxes than poorer people do.

I think it fair, particularly in difficult waters, to ask the strongest in the boat to dip their oars a little deeper, to do more than their share in the interest of group survival.

It’s not fair to ask sacrifices only from those least able to afford it simply because they have the least political power.

Oh, and if you have any more questions, please send them to George Will. You’ll like his answers better.