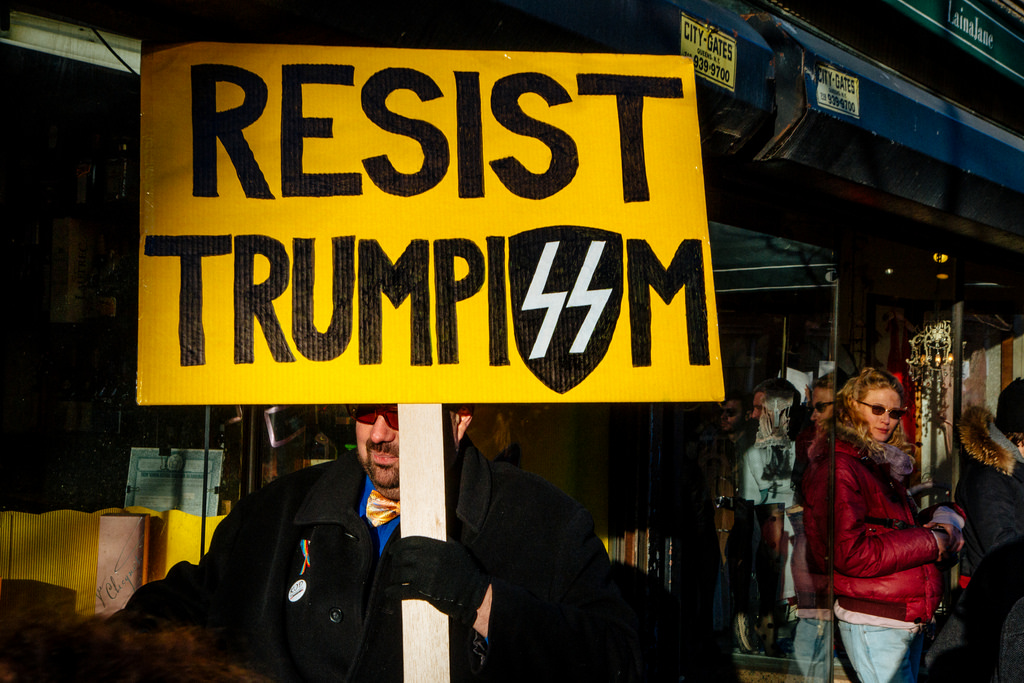 Trump's approach to government involves a small group of insiders throwing their weight around — and incompetently at that.
By Jill Richardson | February 8, 2017

The real story of the Trump administration to date isn’t about any one policy. It’s about Trump and a small group of insiders throwing their weight around — and incompetently at that.

That should concern everyone who cares about the Constitution and the rule of law — but especially Republicans.

After all, if you like Trump’s agenda, don’t you want him to achieve it in a way that’s effective and legal?

I personally can’t imagine a bigger bummer than finally getting a president who promises to do everything I want, only to have those policies overturned by our courts or implemented poorly.

Take the Muslim ban, for example. Putting aside whether or not you agree with it (and I certainly don’t), the way it was written and enacted says a lot about how Trump is operating so far.

Recall that Trump has at hand any number of lawyers who could have checked the legality of his executive orders and helped him draft them in a way that would stand up in court. 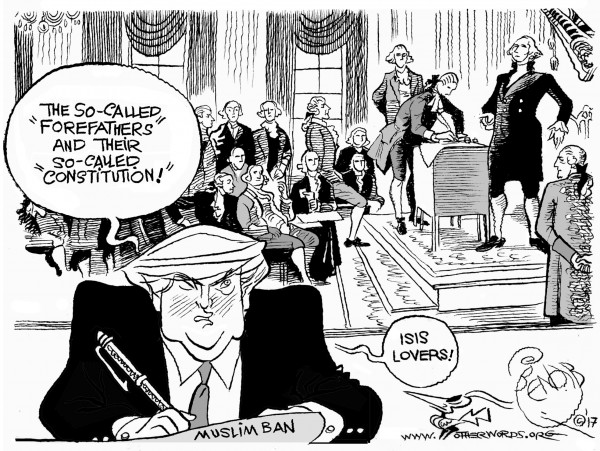 He also has the Department of Homeland Security and the entire intelligence community, who could have provided the needed information on where our biggest security threats actually come from, and on how we currently screen people entering the U.S.

He could have also checked with both the State Department and the military to find out how a ban would impact our relations with other nations. For instance, what if Middle Eastern countries retaliate by shutting off our access to their air space?

Finally, he has the ear of Congress, who could have passed laws to make his ban work.

Needless to say, Trump didn’t check with any of those people.

Instead, Trump’s hand-picked head of Homeland Security found out about the Muslim ban on TV. The secretary of defense was lucky in that case, since he at least saw the order a few hours before it was signed.

Customs and Border Patrol didn’t receive any instructions on how to enforce the order until well after it was signed, even as hundreds of people from the seven targeted countries arrived in the U.S. with visas and green cards issued before the order was signed. The result was chaos at airports.

Trump signed the order before his choice for attorney general was confirmed. When the acting attorney general — Sally Yates, an Obama appointee — expressed concern over whether Trump’s order was legal, Trump responded by firing her.

Unfortunately for Trump and his supporters, the ban might not stand up in court. It’s already the subject of several lawsuits, and a federal judge has blocked it from being implemented until it can be ruled upon.

It appears the reason why Trump has signed so many orders so quickly is because his team isn’t carefully vetting each one.

Aside from Trump’s effectiveness, one must also consider his authoritarian tendencies. So far he’s taking advice only from a small group of loyalists and firing those like Yates who don’t blindly obey.

This is the opposite of Lincoln’s famous “team of rivals” approach. Trump prizes loyalty over competence. You get access to him, or get to keep your job, by being a yes man.

It’s also potentially a first step to a constitutional crisis. If our courts rule that one of Trump’s orders is illegal, the person who will need to obey the court ruling is Trump himself. Will he?

Republicans and Democrats alike should be very worried.