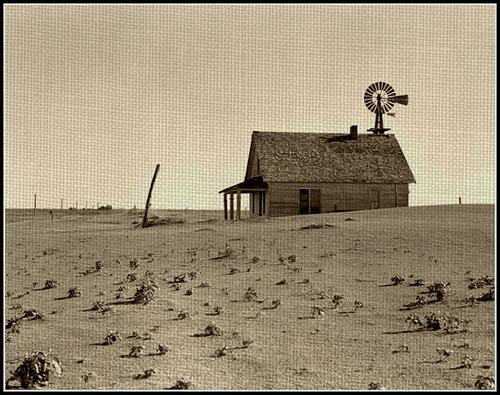 We need a Farm Bill that plants the seeds of resilience.
By Jim Harkness | August 20, 2012

Mother Nature found a cruel way to demonstrate the difference between political rhetoric and reality when this summer’s record-breaking drought coincided with the writing of a new U.S. Farm Bill.

The reality is entirely different.

Right now, one-half of U.S. counties have been declared federal disaster areas due to drought. More than 80 percent of corn and soybean crops are in drought-affected areas. Crop losses are likely to be catastrophic — economists are predicting crop insurance payouts could top $40 billion. So much for saving money. 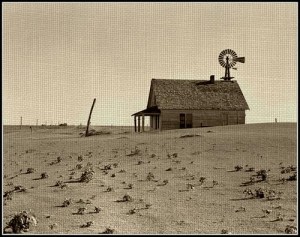 Analysts expect sharp increases in food prices next year, particularly for meat and dairy products — a harsh blow for consumers still digging themselves out of the recession’s depths, especially the nearly 50 million Americans who depend on the Supplemental Nutrition Assistance Program (formerly known as food stamps). There will be no relief for them in the Farm Bill. The House version would slash spending on nutrition assistance by $16 billion, and the benefits that do survive will buy less at the supermarket as prices rise.

This year’s drought illustrates why the latest Farm Bill won’t meet current or future challenges. Extreme weather events that disrupt farm production, such as last year’s floods and this year’s drought, are part of a new normal consistent with climate change. Failure to accept this reality has enormous implications for farmers and consumers.

Remember the Dust Bowl of the 1930s? That was another era when the effects of severe drought were made worse by shortsighted farm policy. We lacked conservation practices or contingency plans for the nation’s food supply, which sparked disasters as unprotected soil blew away and food prices jumped.

Instead of regular payouts when disasters strike, why not create a Farm Bill that builds resilience?

Historically, government- and farmer-held buffer stocks of grain helped stabilize markets in times of excess or scarcity. In the 1990s, we sold off government-held buffer stocks of grain in the name of “efficient markets,” leaving the cupboard bare when disasters strike. Even private stocks are a fraction of what they were during our last serious drought in 1988. Wild fluctuations in supply and price are here to stay, yet no serious consideration of rebuilding grain reserves is cropping up in the debate over the Farm Bill. Have we still not learned that some things are too important to be left entirely to market forces?

And how about increasing resilience at the farm level with incentives for environmentally friendly farming? Sustainable practices, like perennial crops that improve the soil and require less water, are enormously popular among farmers. (A recent poll found that 86 percent of farmers support funding such programs at current or increased levels.) Still, the House Agriculture Committee’s draft of the Farm Bill would slash over $6 billion from conservation programs. This, in a year when rising prices and expiring conservation programs have led farmers to plant more acreage than in any year since 1937. A 21st-century Dust Bowl could be right around the bend.

Unfortunately, there’s no indication that Congress will change course. There’s no talk of rewriting the House’s version of the Farm Bill — even though it calls for devastating cuts to conservation efforts and food stamps. The Senate’s version of the Farm Bill is better, but it still would cut key programs and would be far from adequate to meet today’s challenges in agriculture.

We can build a farm policy capable of withstanding shocks and balancing the interests of farmers, consumers, and the environment. We’ve done it before. Let’s heed this summer’s record drought as a not-so-gentle reminder of how far we’ve strayed from the wise path we charted after the Dust Bowl and Great Depression. It’s a reality check we can’t afford to ignore.

Jim Harkness is the president of the Institute for Agriculture and Trade Policy. www.iatp.org
Distributed via OtherWords (OtherWords.org