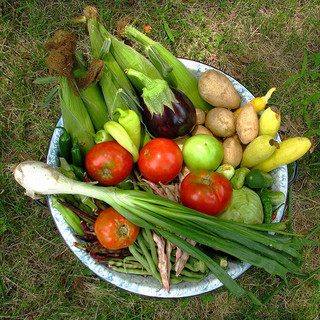 Bacon Is Not a Vegetable

You can't encourage other people to eat a diet that's better for them and the planet by getting all vegangelical on them.
By Jill Richardson | April 16, 2014

As a vegetarian, I have to walk a fine line.

Really, I’m not judging you. But I often find it necessary to establish myself as “not a threat” to meat eaters. I also occasionally bump up against militant vegans.

Consider this collision I had the other day with a devout vegangelical. While at a potluck among an omnivorous group that included a woman who raises and slaughters chickens and turkeys for meat, I tried to politely excuse myself for not partaking in most of the food. 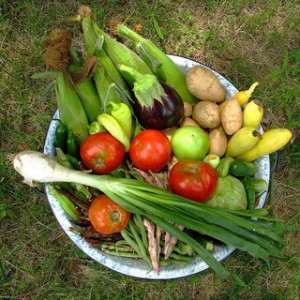 Then I tried to crack a bad joke. “I’m vegetarian except for when I eat bacon.”

Big mistake. Vegangelicals have no sense of humor.

“Then you’re not a vegetarian,” the vegan said, annoyed. “Bacon is not a vegetable.” I could tell from her tone that she was eager for a good fight — a fight I did not want to have.

The truth is that an awful lot of thought goes into my diet, as it does for much of my lifestyle. I care about the world around me and I care about my health. I don’t want to buy products that were produced via human or animal suffering, and I don’t want to consume or use anything that will harm my health or the planet.

There are, of course, limits to this way of life because nobody in modern society can be absolutely perfect. I’m sure there are clothes in my closet that were made in sweatshops. I can’t afford solar panels and I drive a car. While my Prius gets good mileage, like most cars it requires occasional trips to the pump.

And I try to be a mindful consumer in a way that is manageable and affordable, not crazy-making. I make one change at a time and gradually adjust my lifestyle.

I gave up meat in 2005, and even went vegan for a year. Then I became friends with farmers and ranchers who raise animals for food on sustainable, organic farms. Last summer, I even spent a week on a farm, caring for pigs, chickens, cows, and lambs that were all heading for someone’s plate. It tempered my view of eating animal products.

These animals lived a good life. They grazed on grass, had plenty of room to roam around, and they were cared for by humans who loved them.

To a vegan, that’s still not good enough. To me, that’s pretty damn good. I ate meat from that farm while I was there. Then I went back to abstaining after I left.

But complicated explanations can’t be communicated quickly. And emotions can run high at mealtime. Meat eaters wonder if I think they are murderers while vegans get ticked because I fall short of their standards.

Even when meat isn’t the issue, something else can become a touchstone.

Why won’t I eat processed food? Why do I prefer to eat organic? And, do my choices imply that others around me are trashing the environment, torturing animals, or poisoning themselves and their kids every time they sit down to enjoy a meal? Here are my answers: no, no, and no.

I usually diffuse tensions by laughing at myself, excusing my strange diet by saying, “I’m weird.” Becoming a Californian helps. Everyone knows all Californians are weird.

I wish strident vegetarians and vegans would chill out too. This tension erects a barrier to discussion, learning, and changing. Would you want to learn anything from a vegetarian you think is judging you for eating a hamburger? And maybe a vegan can learn something from a rancher who raises animals for meat.

Everyone should become more open to honest conversations about our food without judging one another or becoming defensive about being judged.