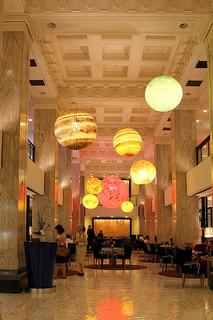 To reel in these mid-level richies, bankers are offering to pamper them lavishly.
By Jim Hightower | May 14, 2012

Another way that the rich are different from you and me is that their bankers serve them freshly baked chocolate-chip cookies.

The über-rich, of course, are used to such coddling, but now a class of customers that bankers have dubbed the “mass affluent” get cookies, too. Think you might qualify? You do… if you have a minimum of $500,000 to open one of these mass-affluent accounts. Otherwise, you fall into a category called “lower-margin” customers — so go get in the ATM line, Bucko.

This half-million-dollar-and-up bunch are not the 1-percenters. Instead they are the 10-percenters, and they’ve suddenly become hotly coveted by JPMorgan Chase, Citigroup, Bank of America, and other big chain banks. To reel in these mid-level richies, bankers are offering to pamper them lavishly. 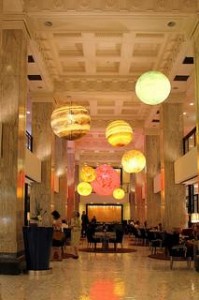 For example, rather than having to breathe the same air as the riff-raff, they get to bank in cushy, private lounges. The carpets are plush, the cookies fresh, and a nice touch of wine and cheese might be available. There are no lines and no tellers to deal with – instead, these affluent swells get “relationship managers” who cater to their banking needs, including being available after hours. And here’s something completely astonishing: one bank president says of her advantaged clients, “We’ll come to you. If you want us to meet you in your home on a Sunday, we’ll do that.”

The chain bankers are opening hundreds of these posh, new banking nests for the affluent in upscale neighborhoods across the country, even as they are feverishly inventing new fees and coldly shrinking services for you and me. It’s another move by the Powers That Be to wall off the good fortunes of the privileged few from even having to be in the same room as America’s non-affluent majority. Indeed, they’re creating their own exclusive America.