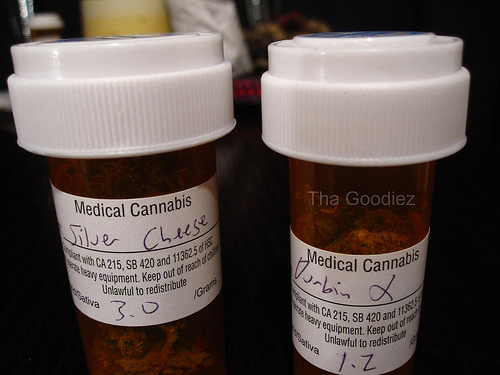 Why deny a cancer or AIDS patient a medication that reduces suffering?
By Jill Richardson | October 8, 2014

A few months back, a friend of mine died of cancer. I’ll call her “Karen,” for her privacy. By the time we met, she was already terminally ill and had been for months.

Over the next year and a half, I watched my friend lose her hair and waste away until I could hardly distinguish her from her middle-school-aged son. She tried chemotherapy, radiation, and any other treatment her doctors would give her, even though she had little hope for remission.

There’s hardly anything “lucky” about her story. But Karen was fortunate in one regard: She lived in California.

In her last years, Karen relied on medical marijuana regularly for relief she couldn’t get from any other medication. In California plus 22 other states and the District of Columbia, medical marijuana is legal. Elsewhere, it isn’t. 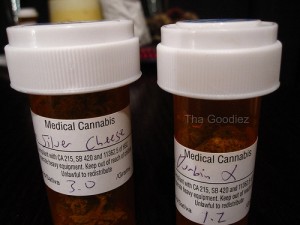 Why deny a cancer or AIDS patient a medication that reduces suffering? Because a healthy person somewhere might use it recreationally for pleasure?

Karen’s medical marijuana use struck me as normal — until I moved away from California after living there for eight years.

At first, I thought of medical marijuana as simply a moral issue: It’s inhumane to deny an effective medication to someone who is ill. Then, things got personal.

I’ve endured chronic migraines for the last two decades. I get them from visual triggers like videos and projectors. I’ve seen doctors in four states. I’ve tried 20 different meds, without luck. Since starting school, I’ve had migraines every single day. I have one right now. These days, the main culprits are the fluorescent lights that illuminate just about every university building.

Oh, and the neurologist has a six-month wait list for appointments.

One possible treatment? Medical marijuana. Apparently, certain strains are more effective than others for treating different conditions. In other words, if it’s a medical use you’re after, you’re best not buying something random illegally from a dealer.

And here’s what I’ve learned.

First, more research needs to be done to verify when and how marijuana is medicinally effective. It has not had the rigorous testing that any FDA-approved drug requires before it’s put on the market.

That said, there is some research happening. Scientists recently found that medical marijuana legalization could cut deaths from painkiller use. In my case, the only other drug I’ve found that reduces my pain is oxycodone, a habit-forming opioid. About 100 Americans die from overdosing on drugs like oxycodone every day — but it’s just about impossible to die from too much marijuana.

Second, “legalized” pot doesn’t always mean legalized pot. In some states (Illinois, I’m looking at you), you can only use medical marijuana for a defined list of conditions (migraines not included). In its proposed rules, Illinois also plans to charge $100 and fingerprint you like a criminal if you apply to use medical cannabis.

Minnesota has an even smaller list of approved illnesses, charges $200, and won’t allow you to smoke your legal pot — although you’re free to vaporize it. Most states require that you live in-state — and prove it.

I want relief from my crushing daily migraines, and I want better quality of life. I want to remain a productive member of society. I don’t know if medical marijuana will help me, but I’d like to find out. Legally. Under the supervision of a doctor.

It hurts that there’s a potential solution for my pain and the pain of so many others but state and local governments won’t let us give it a try. Let’s reform our laws to give patients relief, and engage in the scientific study needed to understand if, how, and when medical cannabis works.