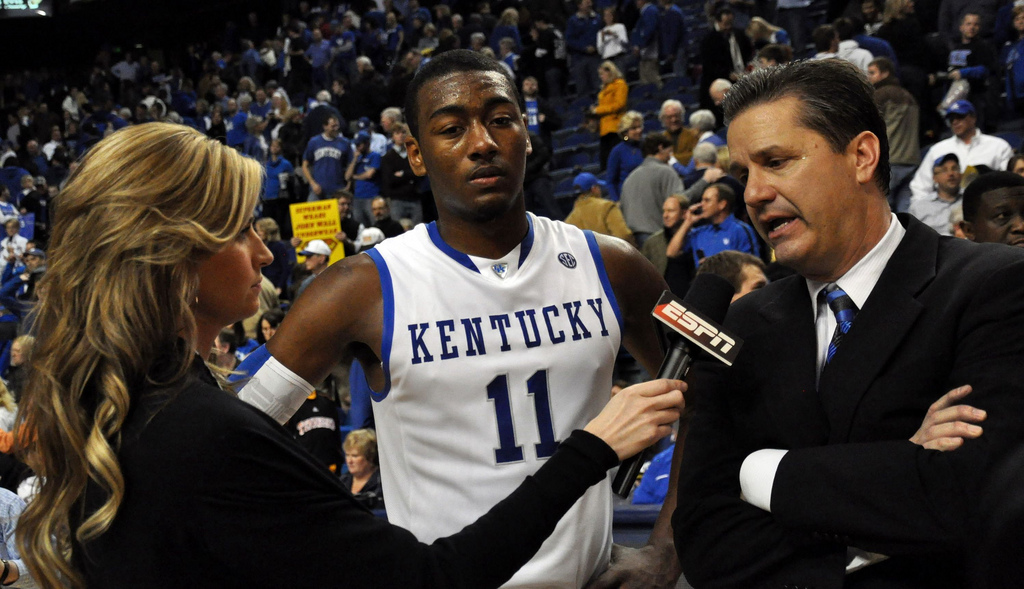 Forcing high school prospects to go to college for a single year doesn’t do them any good.
By Joel Kendrick | December 30, 2014

It’s been nine years since the last high schooler was selected in the NBA draft.

That’s because back in 2005, the NBA raised the minimum age for eligibility to 19. With this rule in place, the days of high school students going straight to the pros are over.

You might think this rule was created to give prospective players a better shot at a college education. It’s more likely that the motivation was to protect teams from wasting money on young players who don’t live up to their promise.

The current system’s critics cite numerous problems. None is more prominent than its negative impact on rising basketball stars.

First, they can go play professionally overseas. And some do. But many 18-year-olds who have just taken their last high school final aren’t eager to hop on a plane to China just for the “pro” label.

Second, they can go to college. After all, anyone who’s viewed as a draft prospect coming out of high school won’t have a problem finding a top-notch basketball program willing to offer him a full-ride scholarship. 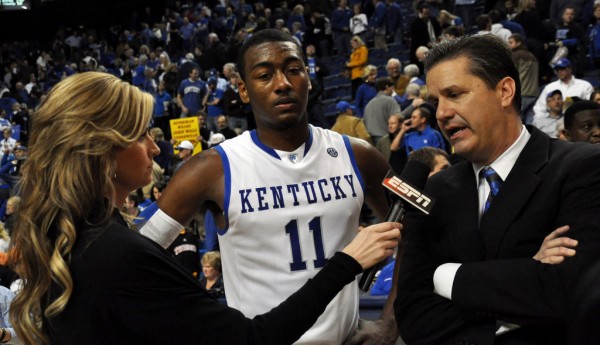 As a result, big college programs are now snatching up young players with little interest in earning a post-secondary degree. And no one’s doing it more successfully than University of Kentucky coach John Calipari.

Since taking the helm at Kentucky in 2009, Calipari has funneled the likes of Anthony Davis, John Wall, and DeMarcus Cousins through his patented “one-and-done” program.

That’s where players enroll for a year, play for his team, and then drop out to join the NBA.

Only five years into his tenure, Calipari has created a factory farm for young NBA talent. He’s earning a whopping $7 million a year for his efforts.

Some players, including Cousins — the current hot-headed big man for the Sacramento Kings — have changed their commitments to schools based on where Calipari was coaching.

So the NBA gets an extra year of player development, and the NCAA sees increased revenue from the extra attention commanded by star prospects.

What’s in it for the athletes?

Mark Emmert, the NCAA president, opposes the one-and-done system. He calls the NBA “irresponsible in not providing other legitimate opportunities for kids who really don’t want to go to college” before they turn 19.

He’s right that many of these kids don’t want to go to college. One of the major loopholes of the system is that these “student athletes” only have to pass their first semester of college. In fact, many don’t even attend classes the second semester.

And there are other unfortunate consequences of the rule, as with the case of Nerlens Noel, one of Calipari’s players at Kentucky.

Noel was a hot prospect coming out of high school and would have been the unanimous top pick in the 2012 NBA draft. But due to the eligibility restrictions, he took his talent to Kentucky.

That year, Noel tore his ACL, dropped from first pick to sixth, and was forced to sit out his entire rookie year.

It may surprise you to learn that Noel doesn’t boast any remarkable academic achievements from his time at Kentucky either.

Alternatives to the current model have surfaced, though there’s not one solution that pleases everyone.

The strongest argument for doing away with the one-and-done system is this: Most fresh-off-the-vine picks were quite successful in the NBA.

An overwhelming 84 percent of players who were drafted straight out of high school between 1995 and 2005 stayed in the league for at least eight years. And the median career length for that group was 10 years, more than double the league’s average.

Watch for changes as soon as 2017, when the NBA or its players union may reopen negotiations. It would be hard to defend another version of the system that prioritizes team profits instead of player development.

The NBA should turn its focus away from stuffing the owners’ wallets and toward helping young players achieve their dreams.