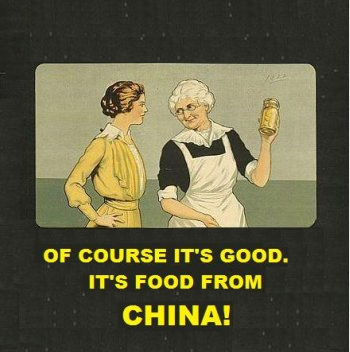 The government's new effort to strengthen its weak inspection system for imported food isn't going to cover everything we eat from foreign countries.
By Jill Richardson | July 31, 2013

In a 1968 comedy called The Secret War of Harry Frigg, Paul Newman is captured during World War II in Italy. After the prisoner of war spends several weeks trying to escape, his captor tells him some great news: The guards now have bullets in their guns.

The Food and Drug Administration news about food safety reminds me all too much of this scene. Guess what? They’re now going to start trying to make sure our imported food is safe!

“Under the proposed regulations…U.S. importers would, for the first time, have a clearly defined responsibility to verify that their suppliers produce food to meet U.S. food safety requirements,” reads the agency’s press release. 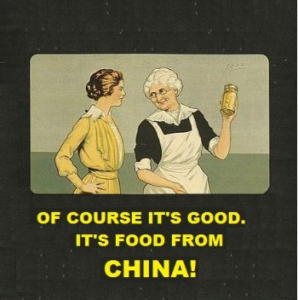 Let me translate this: The guardians of our food supply now have bullets in their guns.

Imported foods make up one fifth of the vegetables, half of the fruits, and more than 90 percent of the seafood we eat. The odds are that some of the food you eat is imported. And while Greek olives and French cheese sound divine, how about Chinese tilapia or Vietnamese catfish that ate human feces as part of their diet?

Yep, that’s gross, but I’m not making it up. When I reported on the safety of imported seafood, the experts I interviewed described fish farms in China where the family outhouse flows directly into the tilapia pond.

The most outrageous part of the imported seafood story happens at U.S. borders and ports, where imported food enters our country. We can’t control whether other countries think human waste is an acceptable fish food, nor can we control whether they enforce their own laws. But — in theory at least — we do control what we allow into the U.S. market.

Unfortunately, our government inspects less than 2 percent of the seafood we import — a much smaller percent than either the EU or Japan. Even the Government Accountability Office says our system is lousy.

And when the inspectors find filthy, rotting, or contaminated seafood? They don’t destroy it, they just give it back to the importers. The importers are then free to bring it in through another port, where there’s a 98 percent chance it won’t be inspected.

Nowadays, many foods have country-of-origin labeling, so you can choose to avoid imported foods from certain countries when you’re shopping at the store. But you won’t have the same option when dining out, because restaurants are exempt.

Labeling is only a partial solution. We need real food safety. And that means a regulatory system that works.

Our federal food safety system is a convoluted mess overseen by a number of different departments and agencies. Marion Nestle, author of Safe Food, famously pointed out the ridiculous nature of the system, noting that one agency regulates cheese pizza but another one regulates pepperoni. Corn dogs and bagel dogs are regulated by different agencies. So are liquid beef broth and chicken broth.

Meanwhile, many small farmers see the government as a bully who lets large corporations with intimidating legal teams off the hook yet focuses its “food safety” efforts on small, sustainable farmers who are less capable of fighting back.

Just ask Vernon Hershberger. He’s an Amish farmer who got in trouble for selling wholesome (yet illegal) foods to 200 members of a private food-buying club — and his food never made anyone sick.

How does it serve the public interest for the government to crack down on farmers like Hershberger while allowing imported foods into the country even when we know they come from countries that frequently produce unsafe food?

Let’s hope these new regulations on imported foods do the trick. But even if they do, they won’t cover all imported foods. The new system will only cover imported food that’s regulated by the Food and Drug Administration. In other words, only some of the guards now have bullets in their guns.