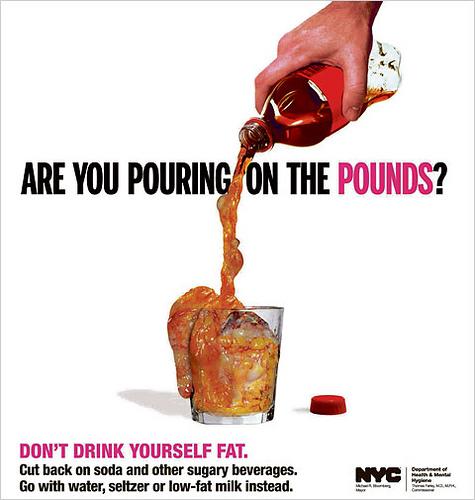 Behind Super-Sized Sodas, a Deeper Danger

If we really want to narrow our waistbands, we have to narrow the income gaps that divide us.
By Sam Pizzigati | June 4, 2012

Some 58 percent of New Yorkers, explains Mayor Michael Bloomberg, currently rate as either overweight or obese. Their excess pounds are driving up the city’s health care costs, he argues, and even putting their lives in jeopardy.

“Obesity will kill more people than smoking in the next couple of years,” Bloomberg says.

Maybe so, his critics counter, but banning soda pop won’t end obesity. Bloomberg’s ban, they contend, would be unenforceable. And why pick on soft drinks?

This debate punches too many political and media hot buttons — think “big government” and “nanny state” — to fade any time soon. But the focus on calorie-laden foods and drinks misses the real story. If we want to get serious about fighting obesity, we need to look at the social dynamics that drive people to eat and drink more and more of the things they should avoid.

And the most powerful driver of this unhealthy behavior? Economic inequality.

“Wider income gaps,” as British social scientist Kate Pickett and her colleagues note in a comprehensive study of obesity across the world’s wealthiest nations, translate into “wider waistbands.”

In the United States, we’ve had good national data on weight since the early 1960s. The numbers through the early 1970s showed no sign of an obesity epidemic. In 1980, only 15 percent of American adults counted as obese. But that rate soared to 23 percent in 1995 and then 35 percent in 2006.

Experts offer many explanations for our losing battle against the bulge. Fast food is fattening. Restaurants are super-sizing portions. Corporate food giants have engineered more fatty, sugary, and salty products.

All these factors no doubt contribute to the growing incidence of obesity. But they don’t explain why some states in the United States have more obesity than others — or why obesity isn’t plaguing every rich nation.

Inequality does explain these differences. The states within our country — and the nations within the developed world — with lower obesity rates just happen to be the states and nations with the greatest economic equality.

That spike in U.S. obesity that began in the 1980s? That spike coincided with our national surge in economic inequality.

But how exactly does inequality make us fat? Epidemiologists — the scientists who study the health of populations — point to two closely intertwined phenomena: social status and stress.

In developed nations, the epidemiological studies show, obesity levels rise as income and social status fall. On each rung of the economic ladder, people tend to be more overweight than the people on the rungs above them. 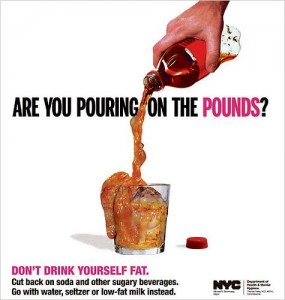 Do “lower-status” people simply “choose” to be overweight and unhealthy? That’s a charge you hear all the time on talk radio. But researchers disagree. People typically practice unhealthy behaviors not because they want to be unhealthy, but because they need relief — from social stress.

People typically respond to stress, investigators note, by increasing their intake of our society’s readily available relaxants, disinhibitors, and stimulants. They smoke. They do drugs. Or they eat “comfort foods” packed with sugar, salt, and fat.

The more chronic the stress, the more likely a reliance on these comforting props becomes. And stress gets more chronic as societies become more unequal.

Would we all be healthier if we drank less soda? Sure. The health professionals striving so hard to educate people about the risks that excess pounds create are performing a vital public service.

And Michael Bloomberg, everyone can agree, does deserve kudos for jumpstarting a national conversation on what we get when we guzzle too much Mountain Dew. But he’d deserve far more credit — and produce a far greater impact on our national health — if he jumpstarted a discussion about our nation’s staggeringly unequal distribution of income and wealth.

Sam Pizzigati edits Too Much, the online weekly on excess and inequality published by the Institute for Policy Studies.
Distributed via OtherWords (OtherWords.org)